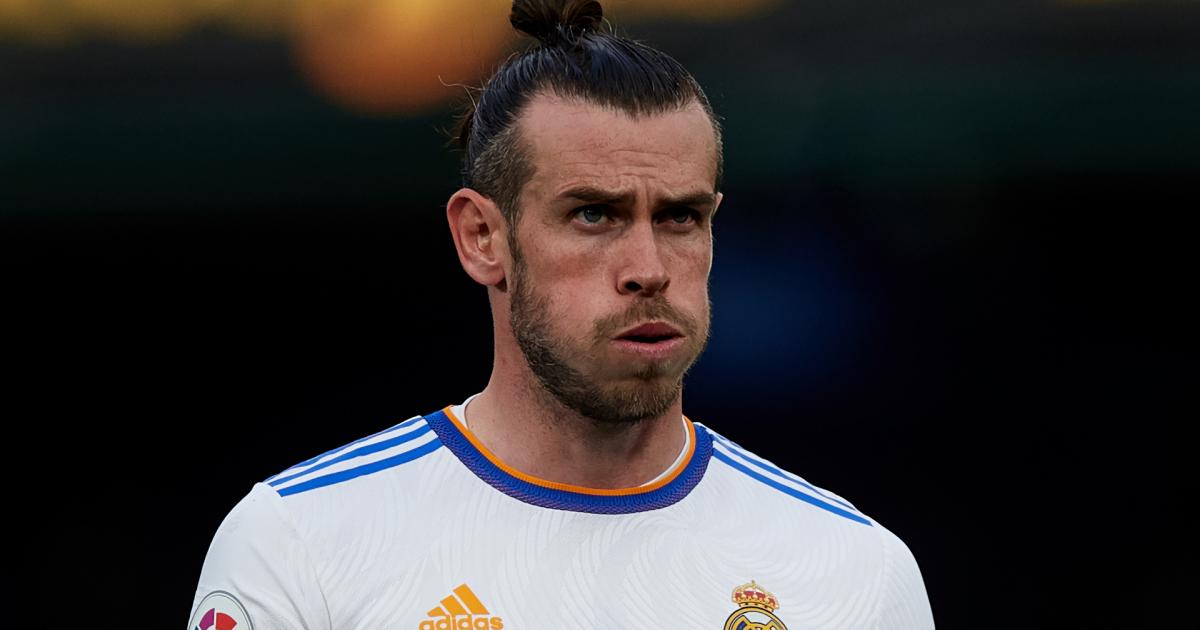 Real Madrid secured their 35th La Liga title on Saturday, doing so in style with four games to spare.

Carlo Ancelotti’s side wrapped things up in front of home support, emphatically beating Espanyol 4-0 to usher the trophy into their hands.

The victory prompted scenes of elation at Santiago Bernabeu, but one player was notable for his absence: Gareth Bale. So why was the attacker not present?

He was home recovering from an injury, unable to make it to the stadium for the match or for the parade the following day.

Why was Gareth Bale absent from Real Madrid’s title celebrations?

Bale missed Real Madrid’s title celebrations because he was suffering from a back spasm. He did not take part in the win over Espanyol, and was absent from both the team celebrations on the field and the parade the following day.

The Wales international explained why he wasn’t there in a Twitter post, writing: “So disappointed that I’m not able to be part of the celebrations this evening due to a bad back spasm but really proud of the team for winning the title! Enjoy the night boys!”

So disappointed that I’m not able to be part of the celebrations this evening due to a bad back spasm but really proud of the team for winning the title! Enjoy tonight boys! #HalaMadrid pic.twitter.com/RbXttKwHSE

Bale has won La Liga three times during his nine-year spell at Santiago Bernabeu, while also helping the club to four Champions League titles in that period. However, he has found himself on the periphery in recent seasons.

The 32-year-old has featured just five times in the league in 2021-22, with only two appearances from the bench in the Champions League.

Despite his contributions since joining from Tottenham in 2013-14, Bale has been subjected to his share of criticism in Spain, with the disparaging nickname ‘Golfer’ infamously applied to a former $105 million player. He endures a mixed relationship with the Madrid support too, with jeers being a frequent feature in the Bernabeu stands, and team-mates have felt compelled to defend him.

“When one player is whistled at, we all get whistled at. I don’t agree when this happens,” Casemiro told a press conference in April 2022. “We have to support him. I don’t like the way Bale was whistled the other day because he is a historic player for this club. When you whistle at a player like that you whistle at the history of this club.”

Bale’s time at Real Madrid is set to conclude in the summer at the expiration of his contract, but it remains unclear where the decorated veteran will transfer to.

He will be available on a free transfer and a number of clubs have been linked, including Serie A giants AC Milan, his former club Tottenham and even Championship outfit Cardiff City.