Why Lamar Jackson isn’t crazy about playing in the snow 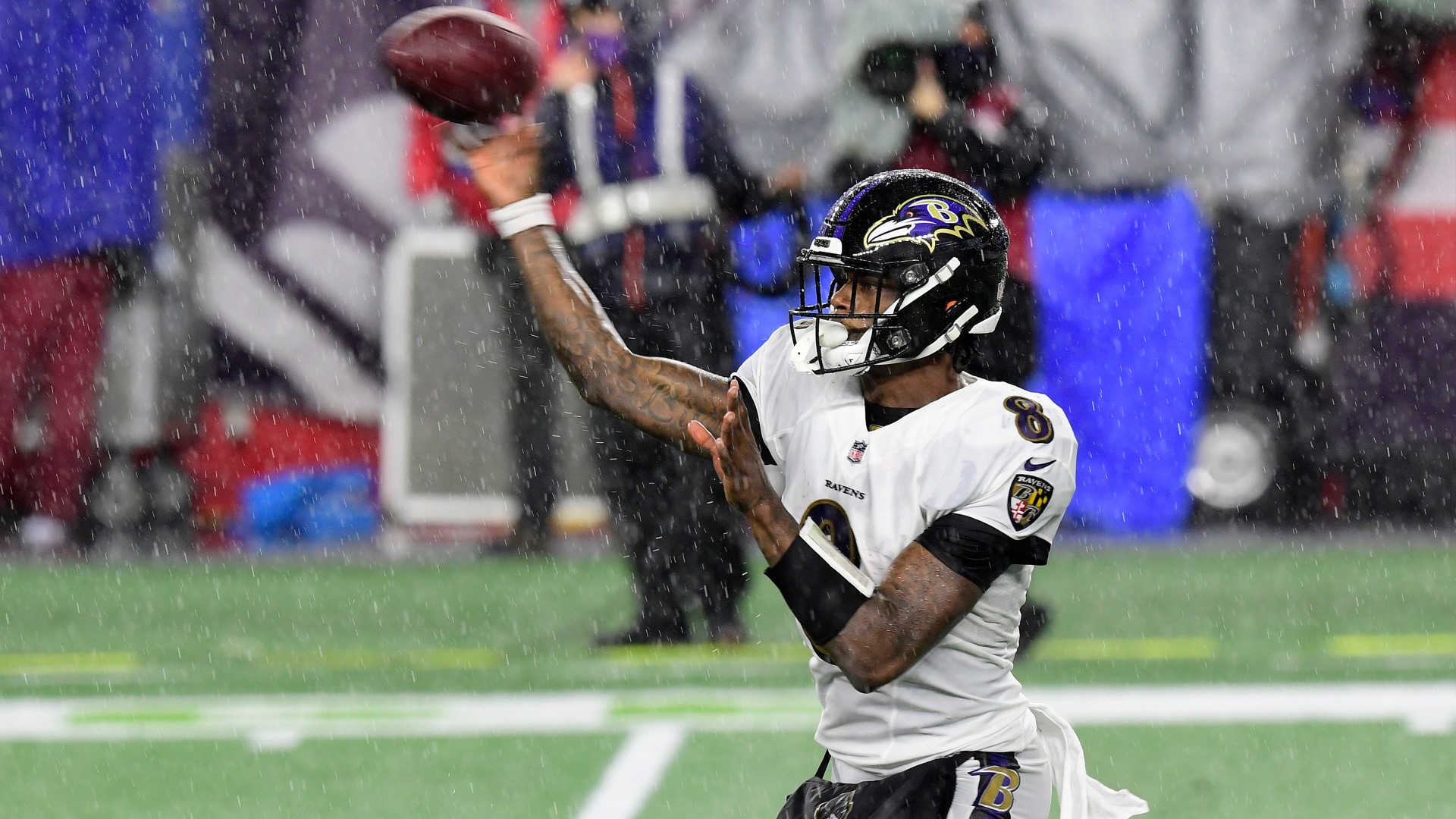 Lamar Jackson recently recalled the first time he saw snow. It was when he was in college at the University of Louisville, according to ESPN. Jackson and his friends had a snowball fight.

“That’s totally different from playing in it,” Jackson said, per ESPN.

Playing in it might be what’s next for Jackson, though, with his Ravens visiting the Bills for a Saturday night game in the NFL’s divisional round of the playoffs. January in Buffalo, New York is a snow-happy time of year, and forecasts for much of the week preceding the game suggest snow could both fall and accumulate Saturday night.

Jackson has never played a football game in the snow, he said Tuesday.

“Zero,” Jackson told media of his experience playing in the snow. “Saturday would be my first time playing football in the snow, if it does. Hopefully, it don’t.”

Jackson and the Ravens earned the right to play in Buffalo on Saturday with a wild-card round win in Tennessee against the Titans. While Jackson jammed his left thumb during the win, he also made enough big plays to advance. That included a 48-yard touchdown run that coach John Harbaugh called the best run he’d ever seen by a quarterback.

A concern for a dual-threat quarterback like Jackson playing in the snow would be his ability to change directions. Gripping the ball could also be a worry, with some quarterbacks opting to wear gloves in snow games that don’t otherwise wear gloves.

Jackson has played in heavy rain during his NFL career before, which could present some of the same challenges as snow. A 2019 run against the 49ers showed Jackson might have no problem juking around on a slick surface.

Baltimore also played in intense rain again earlier this season against the Patriots, but that was a 23-17 loss for the Ravens against an eventual 7-9 New England team.

Cold temperatures without snow haven’t posed Jackson much issue of late. Baltimore played in both Cincinnati and Cleveland in December, and both contests kicked off at sub-40 degrees. The Ravens combined for 85 points in those two games.

The last time Jackson played in Buffalo was Dec. 8, 2019, and the Ravens won 24-17 that day. It was a relatively tame 43 degrees and windy at kickoff, and Jackson threw three touchdowns.

Maybe Saturday night will be exactly why the Bills’ grabbing the AFC’s No. 2 seed was important. With home-field advantage in place, most of Buffalo’s players won’t be strangers to playing in the snow (although Stefon Diggs also hasn’t played in a snow game). Any leg up on the 2019 NFL MVP Jackson could make a game-changing difference.