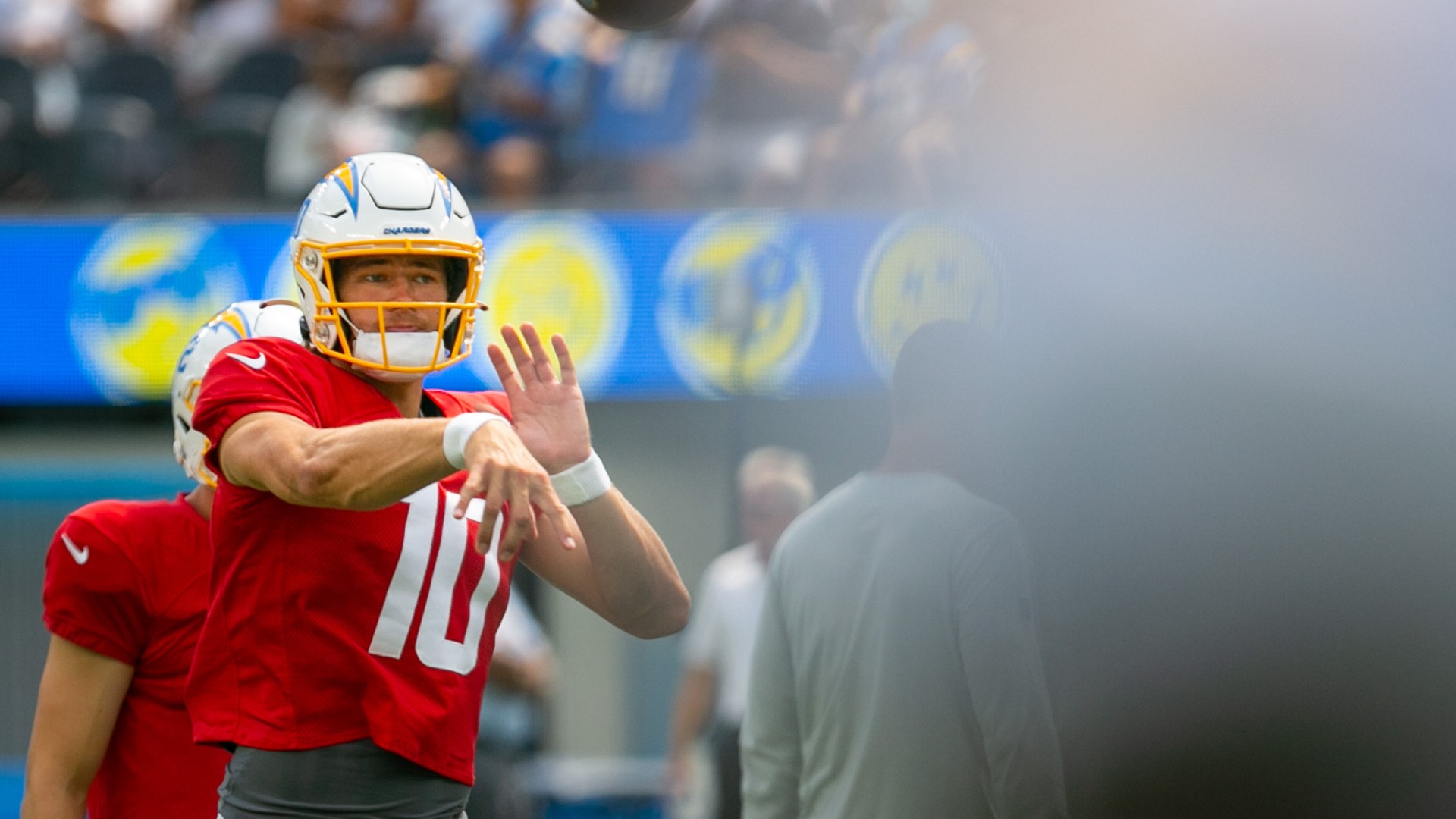 Chargers fans impatiently waiting to get another look at 2020 offensive rookie of the year Justin Herbert will just have to wait longer: Herbert isn’t expected to play in any of the Chargers’ preseason games, along with other Los Angeles first-teamers.

With the Chargers kicking off their preseason slate on Saturday, Herbert won’t be taking any snaps vs. the crosstown rival Rams. Don’t worry, though, Chargers fans: Herbert is 100-percent healthy, so consider him a healthy scratch. Chase Daniel, Easton Stick and K.J. Costello are the other QBs on the Chargers roster.

RELATED: Mac Jones gives Patriots something to think about in preseason debut

Chargers head coach Brandon Staley explained why Herbert and several other chargers stars won’t be in Week 1 of the preseason (and probably none of it).

We’re talking about practice, man: Head coach Brandon Staley says that Chargers practices are more like a game-environment than the actual preseason games themselves, meaning Herbert isn’t going to play in any preseason game.

“Our practices are going to be a lot more like games than these preseason games,” Staley said (via NFL.com). “The environments that we create on our practice fields is where the real action is in the preseason for guys like him. …

“As I mentioned, what’s really important to me and to us, as an organization, is that on these practice fields, that’s where the real camaraderie is happening.”

Practice is more legitimate than live-game action? Seems like a bit of a bold proclamation, especially for a first-year coach. Staley must be running a rough camp. (NFL league offices, Line 1.)

Herbert will be on the sidelines along with star safety Derwin James and several other first-teamers throughout the preseason. The Chargers meet the Washington Football Team at FedEx Field in Week 1 of the regular season.

Here’s hoping not getting those live reps won’t hurt.