Warning: The magic method ILJ\Backend\User::__wakeup() must have public visibility in /home/xdpokercom-7565/public_html/prod/wp-content/plugins/internal-links/backend/user.php on line 184
 Why controversial interference call against Oklahoma in College World Series wasn’t that controversial - XDpoker
Skip to content 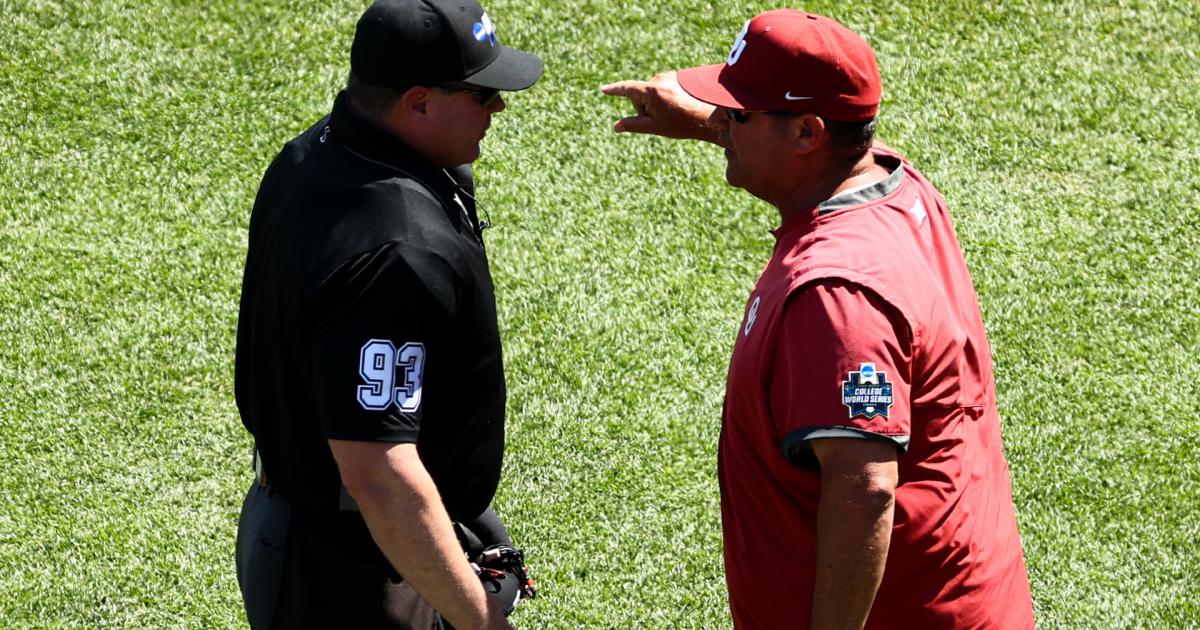 It wouldn’t be the College World Series if things weren’t done by the book.

Ole Miss and Oklahoma were locked in a 0-0 tie in the sixth inning Sunday when John Spikerman laid down a squeeze bunt. Spikerman made it to first base after the throw hit him. A run scored and the throwing error put runners on second and third.

After video review, Spikerman was ruled out for interference. The run was taken off the board and the original baserunners were sent back to their respective bases.

Oklahoma’s run on this play was taken off the board after the batter was called for interference at first base. pic.twitter.com/OfTiZtNHkc

Of course, the ruling wasn’t without controversy. The throw appeared to take Rebels first baseman Tim Elko into Spikerman’s lane, which led some to believe that the call on the field should have been confirmed.

That’s not the case: The runner must be inside the lane running to first. At most, it’s a 50-50 call: The runner was outside the lane, and the throw exacerbated that a bit.

SECTION 51. The act of an offensive player, umpire or nongame person who interferes with; physically or verbally hinders; confuses; or impedes any fielder attempting to make a play.

Spikerman, who had left his lane, certainly did interfere with Elko’s ability to make the play, even if the throw did bring him off line.

READ  How did Mariners' Jarred Kelenic, Logan Gilbert do in their MLB debuts?

Ole Miss would close out the win for a series sweep and the program’s first College World Series championship.