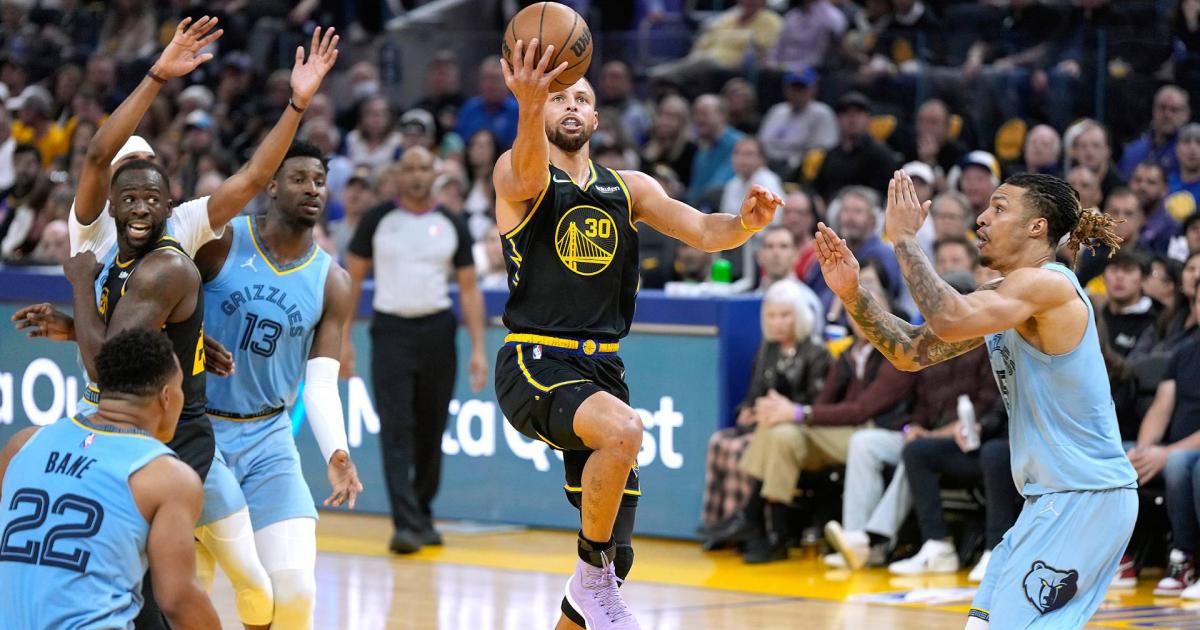 After a dominant showing in Game 3, the Warriors have positioned themselves to take command of the Western Conference Semifinals series with the Grizzlies.

Led by 30 points from Stephen Curry, Golden State pulled away for a 142-112 win over Memphis to take a 2-1 series lead. Making matters worse for the Grizzlies is that a knee injury ended Ja Morant’s night early, causing him to hobble off the court and exit the game.

Now, Morant’s status for Game 4 is in doubt.

Morant’s knee soreness is the latest controversy in the series, as Grizzlies head coach Taylor Jenkins has insinuated that the injury was brought upon by a play made by Warriors guard Jordan Poole.

While Poole has refuted the claims, it adds more contention to a series that has already seen Draymond Green ejected for a Flagrant 2 on Brandon Clarke, while a Flagrant 2 committed by Dillon Brooks caused injury to Gary Payton II, ultimately resulting in Brooks being suspended for Game 3.

The Grizzlies will get Brooks back for Game 4 but could be without Morant, which would be a devastating blow. Can Memphis dig deep to even the series at two games apiece, or will Golden State move within one win of the Western Conference Finals?

Here is everything you need to know about Game 4.

What channel is Warriors vs. Grizzlies Game 4 on?

In the United States, Warriors vs. Grizzlies Game 4 will air on TNT.

The game can be streamed on Watch TNT or Sling TV.

Viewers in the U.S. can stream every NBA Playoff game live on SLING TV. With the SLING Orange Sports Extra package, get $10 off your first month now with access to ESPN, ESPN2, ESPN3, TNT and NBATV. NBA Playoff games on ABC are simulcast on ESPN3, which is included with SLING Orange, available for $35 per month including $25 the first month for new subscribers.

What time does Warriors vs. Grizzlies Game 4 start?

Warriors vs. Grizzlies Game 4 is set to tip off shortly after 10 p.m. ET on Monday, May 9. The game will be played at the Chase Center in San Francisco.

Here is the full schedule for the second-round series between the Warriors and Grizzlies: