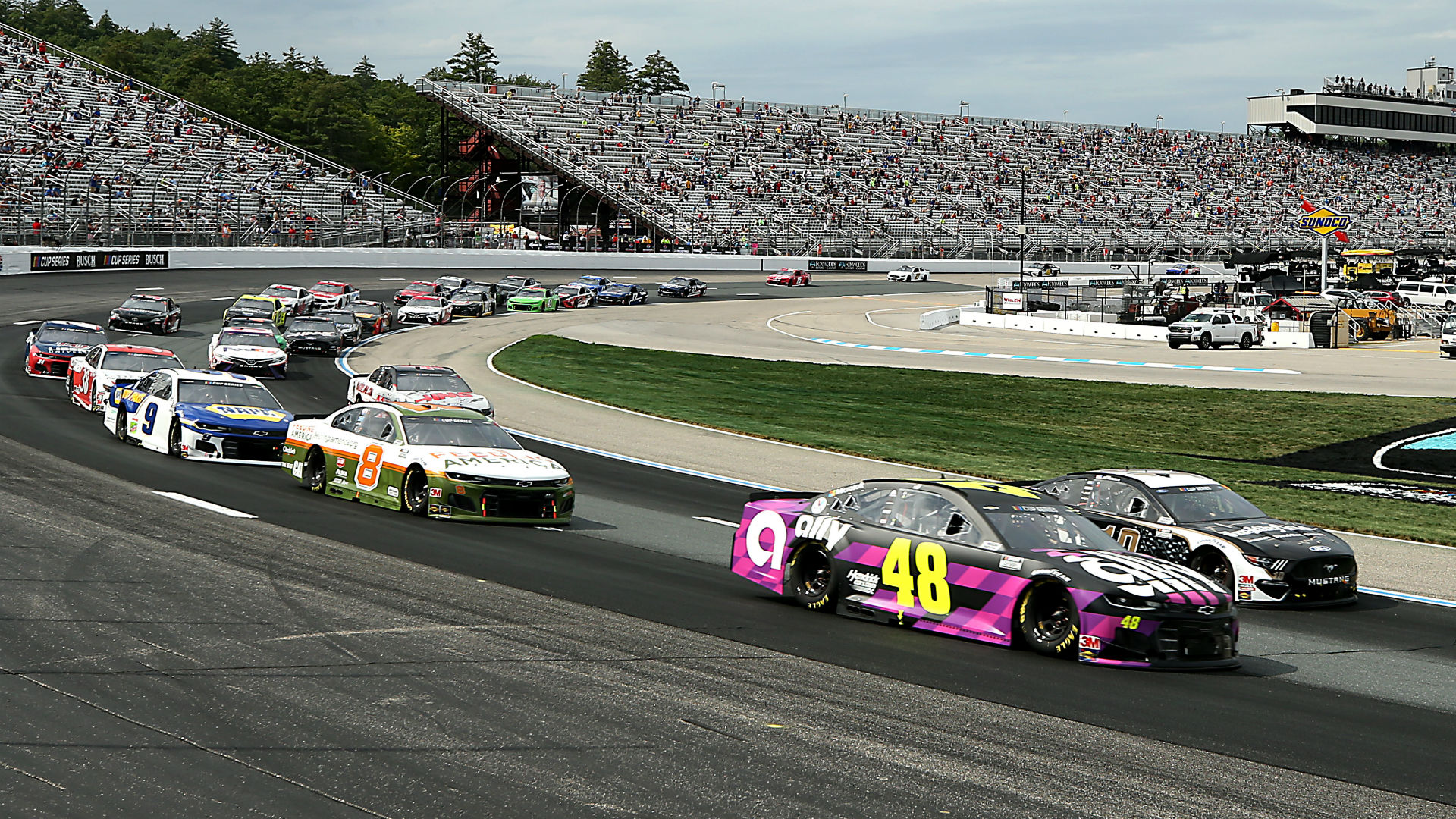 For anyone who’s asking, “What channel is the NASCAR race on today?” the answer should look familiar.

The channel for Sunday’s Cup Series race, the Foxwoods Resort Casino 301 at New Hampshire Motor Speedway, is NBCSN. The NBC family of networks is airing the remaining Cup Series races in 2021, and NBCSN is showing Sunday’s race.

Sunday’s race will be on a one of the regular networks, but the broadcast will be different than the usual presentation.

Below is all you need to know about the schedule for Sunday’s race at New Hampshire, including the TV coverage and start time.

NBCSN’s programming will begin at 2:30 p.m. with the “Countdown to Green” prerace show, followed by race coverage beginning at 3 p.m. ET.

Sunday’s broadcast will be different than the usual presentation. Play-by-play announcer Rick Allen will not be in the booth, which will leave the network’s “Racing team,” led by analysts Dale Earnhardt Jr., Jeff Burton and Steve Letarte, to call and analyze the race. NBCSN did something similar for the 2018 New Hampshire race; Earnhardt, Burton and Letarte collaborated on an “all-analyst” broadcast.

Marty Snider and Dillon Welch will be the pit reporters Sunday.

There is a good chance the start of the race will be delayed. The National Weather Service’s forecast for Loudon, N.H., on Sunday is for showers and possibly a thunderstorm. Skies will be mostly cloudy and the high temperature will be in the high 70s. There is a 60 percent chance of precipitation.

Anyone who has a cable or satellite subscription can stream Sunday’s NASCAR race from New Hampshire live via NBCSports.com or the NBC Sports App.

For those who don’t have a cable or satellite subscription, there are five over-the-top (OTT) TV streaming options that carry NBC and NBCSN — AT&T TV, fuboTV, Hulu, Sling and YouTubeTV.

Below are links to each:

Below is the remaining schedule for the 2021 NASCAR Cup Series regular season and playoffs, beginning with Sunday’s race at New Hampshire, the 22nd race of the season.

NASCAR Cup Series 2021 playoffs Round of 8