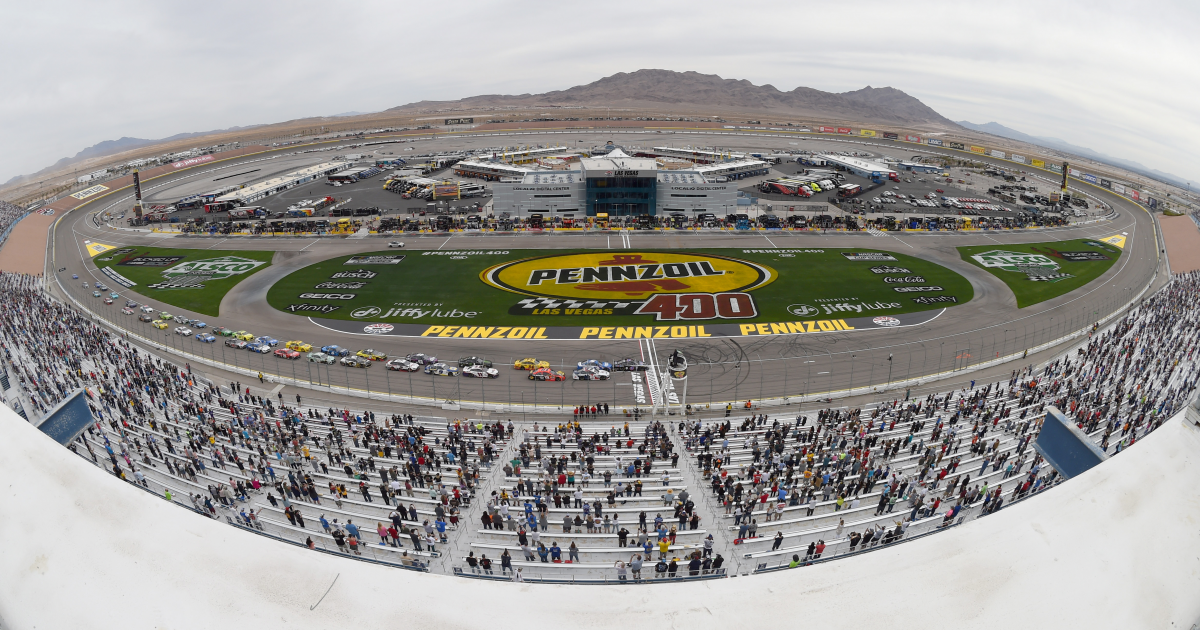 The NASCAR Cup Series continues its West Coast swing as the sport heads this week to Las Vegas Motor Speedway.

Reigning series champion Kyle Larson took the checkered flag for the spring event in 2021. After last weekend’s victory in Fontana, he’ll look to give Hendrick Motorsports its second win of the season on Sunday. Here’s how to watch:

Mike Joy will be on the lap-by-lap call, and he’ll be flanked by Clint Bowyer and Danica Patrick. Fox is using a rotating set of analysts to replace Jeff Gordon, who left the Fox booth to join Hendrick Motorsports. Patrick follows Tony Stewart and Matt Kenseth.

While NASCAR lists 3:30 p.m. ET as the start time for the race, customary prerace ceremonies will push the actual green flag waving to 3:49 p.m. ET.