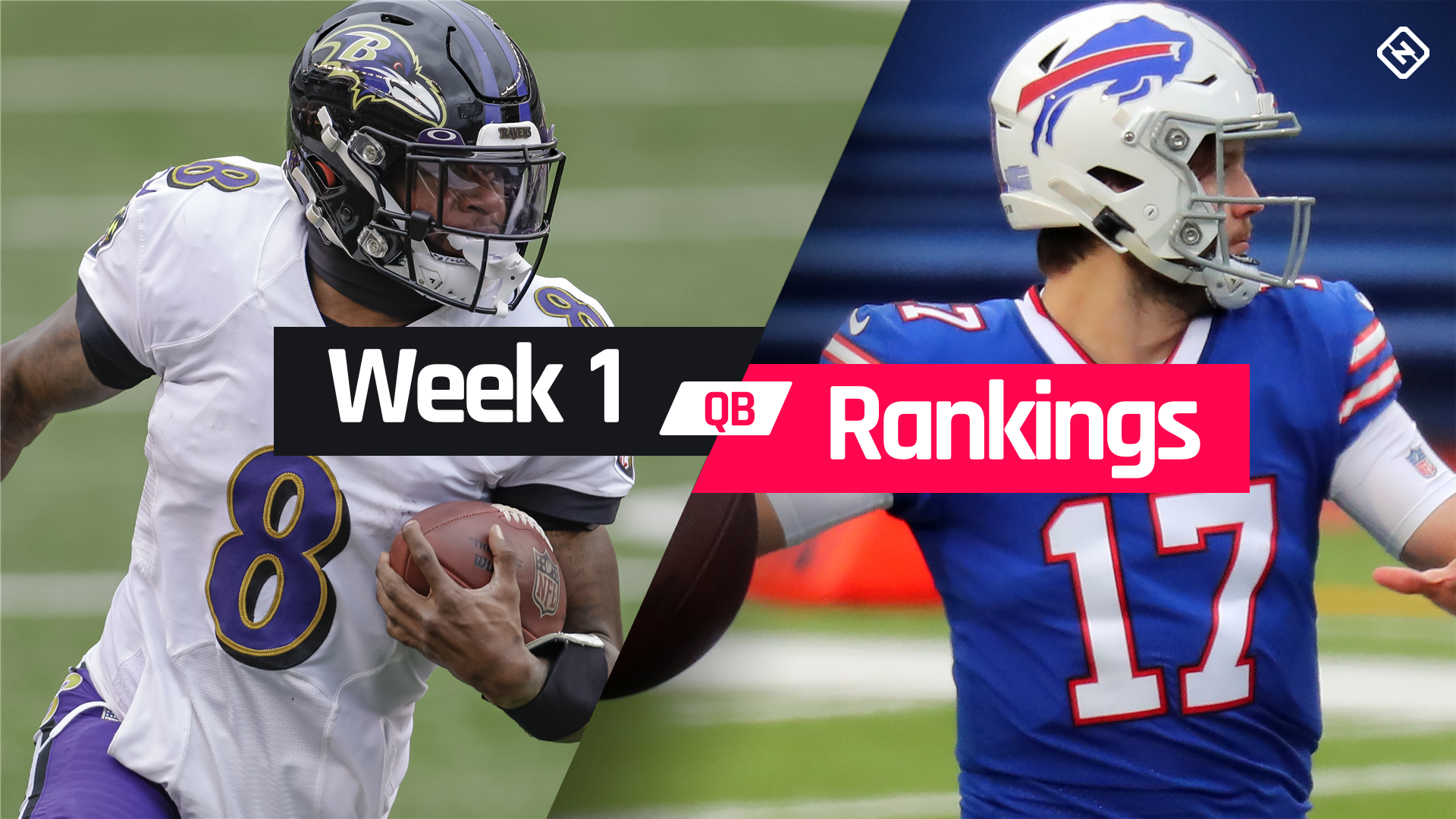 After grueling hours of research and ultimately fantasy drafts, Week 1 is finally upon us, and it’s time to set those starting lineups. This year, fans are back in stadiums (for now) after a COVID-plagued season, and visiting quarterbacks will once again be affected by home-field advantages. Many fantasy owners possess QBs who you simply aren’t going to bench, no matter the matchup. Obviously, Josh Allen, Kyler Murray, and Patrick Mahomes are locked into your starting lineups (unless you’re in a six-team league…don’t be in a six-team league), but some opt to draft a pair of late-round fliers or a high-floor, low-ceiling guy to pair with a rookie waiting to crack the starting lineup. If you’re one of those people, be sure to know who to start in this opening week. Our Week 1 Fantasy QB rankings can help.

Our Week 1 rankings don’t look all that different from our preseason rankings, but matchups and injuries to key skill players will always be a factor for QBs. This week, sleepers like Jimmy Garoppolo (@ Lions) and Jalen Hurts (@ Falcons) might surprise people with their high rankings, while stud QB Josh Allen’s place on the list could have the same effect the other way.

GET RANKINGS, SLEEPERS & MUCH MORE TO DOMINATE YOUR DRAFT: Ultimate 2021 Cheat Sheet

Garoppolo takes his 49ers squad into Detroit Week 1, and the Lions are expected to be among the very worst defenses (offenses and special teams, too, for what it’s worth). There will likely be a common theme with QBs who play against the Lions — start ’em. Yes, Garoppolo is an unexciting fantasy (and real-life) QB, but if you have him, you probably took him as one of your last picks in the draft. We also don’t expect Trey Lance to see much, if any, action right away outside of garbage time. If Garoppolo has a nice game as we expect, that late-round pick already pays off.

Meanwhile, Josh Allen (vs. Steelers) faces the Pittsburgh defense in Week 1. Most quarterbacks will be ranked well below where we have him (QB9) when they face Pittsburgh. Allen is our preseason QB3, so it’s still considered a significant drop. That being said, how likely is it that you possess someone ranked ahead of Allen in Week 1 if you spent the early draft capital to get him? Dak Prescott (@ Buccaneeers) falls to QB11 in Week 1, as he will likely come in with some rust and faces off against the defending Super Bowl champs on the road.

Trevor Lawrence (@ Texans) is inside our top-15 thanks to what projects as a highly favorable matchup. Even though he’s a rookie in his first game — it’s the Texans. Enough said.

It may sound crazy, but in very deep leagues or two-QB/superflex leagues, Sam Darnold (vs. Jets) is playable this week. He’s a low-end QB2 as his former team heads into Carolina. Can you insert him in your lineup without feeling sick? It may be tough, but it can be done. One of the most boring QBs in NFL history, Tyrod Taylor (vs. Jaguars) ranks just behind him. This will probably be the only time he’s playable, but he’s there for what it’s worth.

Of course, Week 1 can be tough to project, but we considered all factors when building the rankings. This list will matter more or less to you depending on your league size and scoring formats, but QBs see less movement than skill players with the obvious PPR vs standard differences.

Note: We’ll be updating these QB rankings as needed throughout the week, so check back for the latest changes and analysis.

Fantasy QB Rankings Week 1: Who to start at quarterback

Rankings are based on standard, four-point passing TD scoring formats.