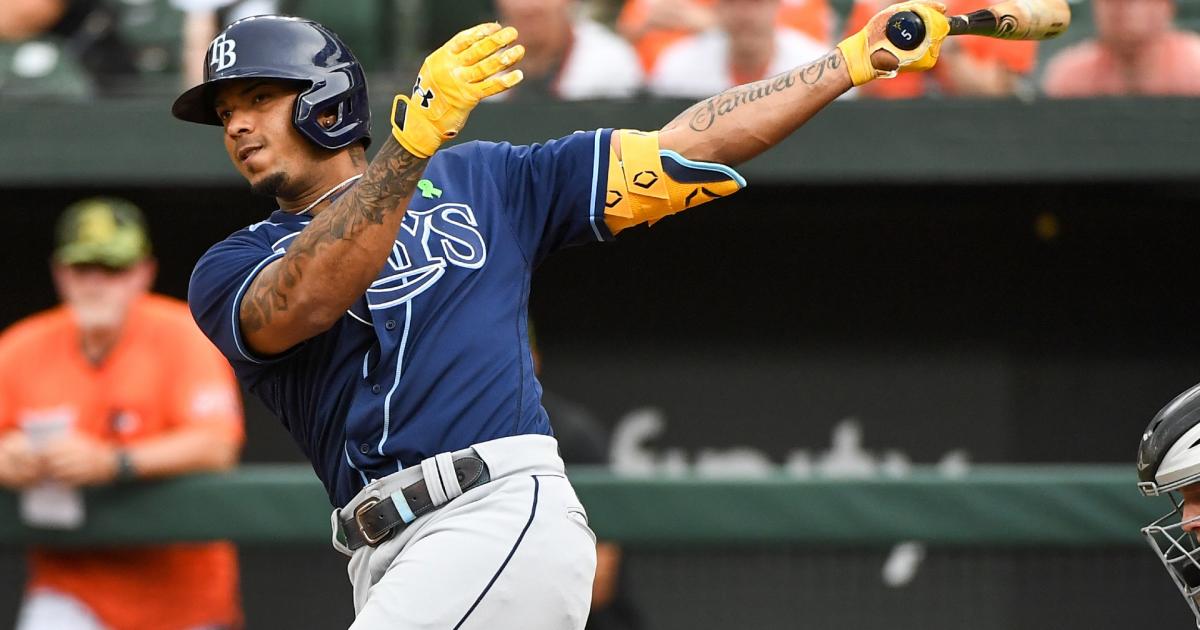 Wander Franco has already missed nearly a month of the 2022 MLB season in his first full big league campaign. Now there’s reason to be concerned he could be injured again.

Franco exited Saturday’s contest against the Reds in the first inning with an apparent hand injury after striking out. Marc Topkin of the Tampa Bay Times reported that Franco will not play in Sunday’s series finale at Cincinnati and that he will be evaluated Monday in Florida.

#Rays say Franco left game after 1st at-bat due to “discomfort in his right hand and wrist.” Won’t play Sunday, will see Dr. Carlan in St. Pete on Monday

Franco was placed on the injured list by the Rays on May 31 with a strained quadriceps muscle. He returned to action on June 26. Last September, he missed two weeks with a hamstring injury.

MORE: What prompted balk call that decided Rays vs. Reds?

Franco, the former consensus No. 1 prospect in baseball, delivered a sensational 2021 season after he was promoted from the minors midway through the year. In 70 games, he slashed .288/.347/.463 with seven home runs and two stolen bases, with a walk rate of 7.8 percent and strikeout rate of 12 percent as a 20-year-old.

He also posted a 41-game on-base streak, the longest by any player 20 years old or younger and the second-longest by players 21 or younger.

His early success led the Rays to sign him to an 11-year, $182 million contract extension, the largest contract in franchise history.

Franco has continued his stellar play into the 2022 season. He has slashed .261/.309/.398 with five home runs and five stolen bases with a 6.9 percent walk rate and 10.2 percent strikeout rate in 57 games played. Among batters with at least 240 plate appearances, only five players have a lower strikeout rate than Franco.

Should Franco miss extended time, Walls, who started 20 games during Franco’s absence in May and June, would likely return to full-time shortstop duty. He has slashed .165/.246/.269 with three home runs and six stolen bases in 71 games this season.