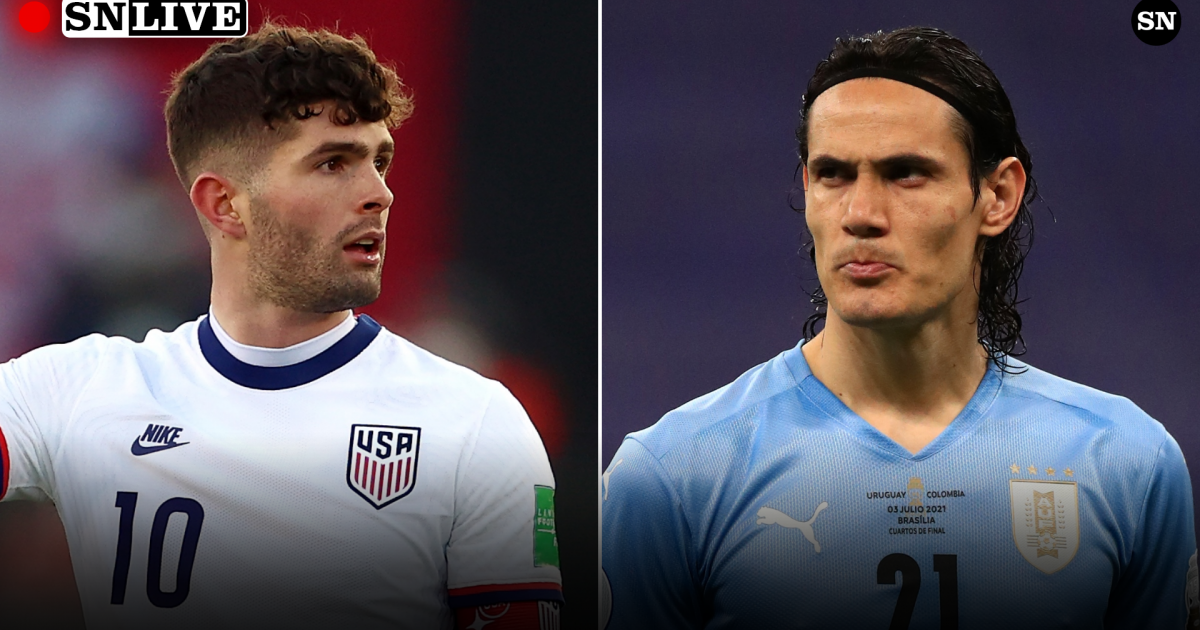 Coming off a resounding 3-0 victory against Morocco, the U.S. men’s national team now moves on to face another World Cup side in Uruguay, with the match set for Sunday, June 5 in Kansas City.

The United States put forth a promising 90 minutes against its African opponents on Wednesday in Cincinnati, with Christian Pulisic putting on a show, setting up two of the three U.S. goals. Head coach Gregg Berhalter tinkered with a number of tactical approaches, and most seemed to work against a shellshocked Morocco squad.

Most notably, Brenden Aaronson was moved to midfield, playing a hybrid role, and produced a flourishing attacking display. Aaronson scored the first U.S. goal and continued to provide support up front throughout the match, cropping up in all areas of the attacking half. Berhalter confirmed that won’t be the case to start against Uruguay, as Aaronson will begin on the bench.

Uruguay is expected to rotate its squad and save its best players for a send-off date with Jamaica at home in six days.

It will be interesting to see how Kansas City shows up to back the United States after Pulisic’s post-match comments on Wednesday expressing disappointment with Cincinnati’s level of support against Morocco. Up after this friendly is the start of CONCACAF Nations League play.

90 mins to kick: Due to roster sizes, three players on the United States need to scratch three players for the match against Uruguay just like they did against Morocco. Today, Matt Turner, Cristian Roldan, and George Bello will not dress for the match, as (presumably) healthy scratches.

Turner, Roldán and Bello are not dressing for the #USMNT today.

120 mins to kick: The United States topped Morocco with relative ease, and many of Gregg Berhalter’s tactical and personnel experiments paid off. What will the U.S. cook up against Uruguay?

Defender Miles Robinson and midfielder Djordje Mihailovic are not on the roster due to injury.

Gregg Berhalter confirmed that Weston McKennie, who played 18 minutes for the USA vs. Morocco coming off a serious ankle injury, will start against Uruguay, but won’t play more than 45 minutes. Antonee Robinson is struggling with a non-COVID illness and will be a game-time decision, with Joe Scally his replacement at left back if Jedi can’t go. DeAndre Yedlin will start at right back in place of Reggie Cannon.

Berhalter stated that against Uruguay he will go with Yunus Musah and Tyler Adams next to McKennie for the first half, and Brenden Aaronson could be an option off the bench.

USA subs (11): (Lineups released one hour prior to kickoff)

Uruguay have been flying under new manager Diego Alonso, who has now won all five matches since taking over (11-1 goal difference). La Celeste are coming off a comprehensive 3-0 win over Mexico in midweek.

Winger Facundo Pellistri was a constant threat, forward Edinson Cavani was clinical, and center mids Federico Valverde (Real Madrid) and Matias Vecino (Inter Milan) were ever present in Uruguay’s 4-1-4-1 formation. Barcelona defender Ronald Araujo left the match after just 30 minutes with a groin issue and his replacement, Damian Suarez, had a strong match at right back.

Expect Alonso to rotate his squad with a final match against Jamaica set for Saturday, June 11 at the Estadio Centenario in Montevideo. That will serve as the send-off match in front of their home fans prior to the World Cup in Qatar.

Uruguay subs (11): (Lineups released one hour prior to kickoff)

How to watch USA vs. Uruguay

All three channels are streamed on fuboTV.

Odds via Sports Interaction (Canada only)

The odds in this match are almost dead even, with the U.S. given a boost after the win over Morocco and being on home soil. Uruguay is down from its previous heights, but still ranks 13th in the world and has star players at big clubs across the lineup.

Interestingly, the oddsmakers believe that the game will be low scoring, with the under heavily favored. Evenly matched clubs in international friendlies often do tend to see fewer goals, as there are fewer overall minutes of true play before mass substitutions through the second half serve to break up the game flow.