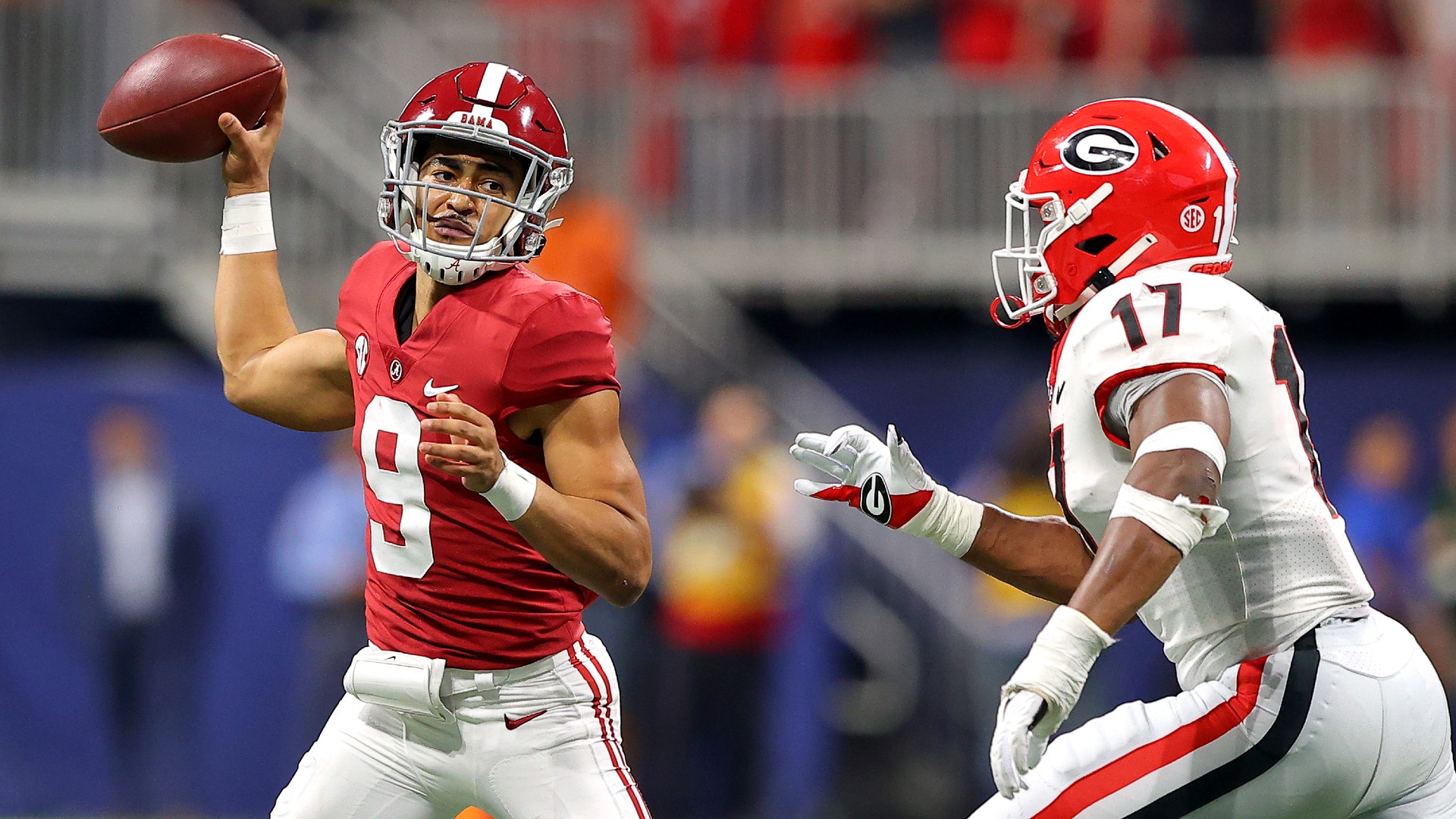 So that’s what happens when the Crimson Tide is an underdog.

The Bulldogs should know by now.

No. 3 Alabama beat No. 1 Georgia 41-24 in the SEC championship game on Saturday, which all-but ensured the Crimson Tide will be No. 1 for the fifth time when the final College Football Playoff rankings are revealed.

Alabama’s performance on the SEC championship stage was somehow an unexpected revelation. We should have seen it coming. Nick Saban is now 8-1 on that stage since taking over for the Crimson Tide. Bryce Young finished 26 of 44 for 421 passing yards and three TDs in a performance that should lock up a Heisman Trophy. Alabama is the team to beat again heading into the CFP.

A year full of upsets and college-football craziness leads to the same-old story, at least at the top.

The Crimson Tide (12-1) were an underdog for the first time since Oct. 3, 2015; a game in which they won 38-20 against Georgia. The victory continued a streak of seven straight victories against the Bulldogs; a streak that began with the infamous “Blackout” on Sept. 27, 2008.

It’s stunning from the standpoint Georgia (12-1) entered the game with a defense that allowed 6.9 points per game through a perfect regular season. The Bulldogs dominated the first quarter and took a 10-0 lead when Stetson Bennett threw a 5-yard TD pass to Darnell Washington on the first play of the second quarter.

Well, Young put his signature on the Heisman Trophy. He responded with a 67-yard touchdown pass to a wide-open Jameson Williams; the first of five consecutive scoring drives for the Crimson Tide. Young dazzled with down-field passes of all sorts, including a lateral to Brian Robinson that showed that incredible play-making ability.

Young was 17 of 27 for 286 yards and 2 TDs with three carries and 40 yards and another TD in the first two quarters. Georgia’s highest yardage total allowed this season was 387 yards against Tennessee. Alabama put up 365 yards in the first half.

When did everyone know it was over from there? Was it when Young launched a 55-yard TD pass to Williams to start the second half? Williams, who could win the Biletnikoff Award, finished with seven catches for 184 yards and a pair of TDs. He’s even more valuable now because John Metchie III left in the first half with a leg injury and did not return.

Was it when Jordan Battle returned an interception 42 yards for a touchdown with 11:59 remaining that gave Alabama a 38-17 lead?

The Crimson Tide had trouble manufacturing a running game, but Saban and offensive coordinator Bill O’Brien’s plan was to make it a 7-on-7 game. Isn’t that college football now? Of all of Saban’s SEC championship victories, this one might resonate as the best. After all, they won as the underdog.

That means Alabama is back in the College Football Playoff for the seventh time. Georgia should make the field, too, even if there might be a small debate given the shock value of the score.

The Bulldogs won the SEC championship that season, but the Crimson Tide snuck into the playoff as an at-large and rode that “you don’t belong” disrespect narrative all the way to a thrilling 26-23 overtime victory in Atlanta. Alabama was favored in that game, by the way, and they will be favored if there is a rematch.

What other choice do we have?

We saw what happened when it was the underdog.