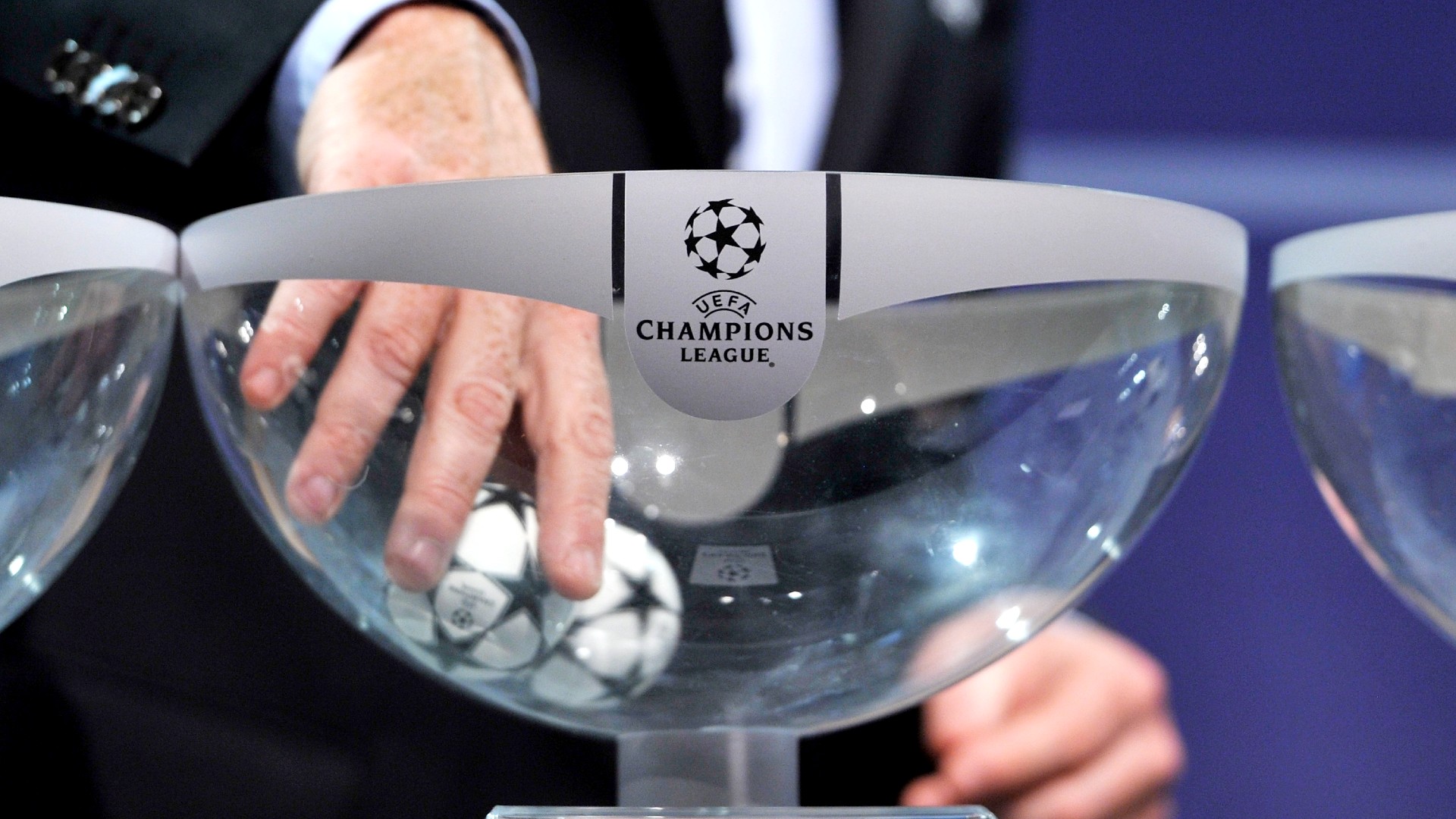 Based on how the pots have broken out, we’re guaranteed some serious drama during the 2021-2022 UEFA Champions League group stage draw that takes place in Istanbul, Turkey on Thursday. The potential heavyweight pairings could be impressive: Bayern Munich vs. Liverpool and Manchester City vs. Paris Saint-Germain are real possibilities.

Here’s how the group stage draw works: The 32 teams are split into four pots and there will be a team from each pot that will make up the Groups A-H. But there are some restrictions: Teams from the same country can’t be drawn in the same group. And there are certain teams that have to be drawn in specific groups for TV reasons. Scroll down for those details.

Sporting News will be following the draw live and providing updates as the groups fill out. Season awards will also be handed out. Follow along below:

CBS is carrying the Champions League draw live on CBS Sports Network (CBSSN) and streaming on all its platforms. The CBSSN feed will be streamed live on fuboTV (free 7-day trial).

12:48 p.m.: Can you believe that Man City and PSG are in the same group! If Ronaldo heads to Man City that sets up a juicy matchup against Lionel Messi and Neymar. They’d have to play twice (home and away).

12:44 p.m.: POT 2: Time for the Pot 2 draw. Things are moving fast now. Borussia Dortmund up first. Remember, now the restrictions kick in. Teams from the same country can’t be in the same group and the TV pairings have to be respected (if one team lands in Groups A-D, then the other HAS to go into Group E-H and viceversa).

12:38 p.m.: POT 1: Manchester City is the first name drawn from Pot 1. These teams will go in each available group (in order) as they’re drawn. Ivanovic is handling all the Pot 1 teams. Chelsea is the last team drawn into Group H.

12:37 p.m.: We’re finally seeing club logos. They’re running through all the teams in Pot 1. Looks like we’ll be starting there.

12:32 p.m.: UEFA’s Giorgio Marchetti takes the stage. He’s the familiar face who leads the draw. Now there’s a video explaining how it all works. There are computers involved.

12:26 p.m.: Wow. Neat little tidbit: Ivanovic scored the first goal in the St. Petersburg stadium that will host the final. It opened in 2017 in advance of the 2018 World Cup.

12:21 p.m.: Next up on the program is the introduction for two ex-Chelsea players helping to conduct the draw: defender Branislav Ivanovic and Michael Essien.

12:08 p.m.: UEFA president Aleksander Ceferin up on the stage. He will recognize those who helped Christian Eriksen survive cardiac arrest at the Euros, including captain Simon Kjaer. In a video message Kjaer said: “I accept this award with my team and only with my team.” The medical staff are in Istanbul and they’re all walking up to the stage to accept the awards.

12:02 p.m.: OK. The show is starting. Stand by for updates. They started out with a highlight sizzle from last season with empty stadiums. Hopefully, that footage is permanently archived.

11:45 a.m.: So much for everyone being at the draw. But it looks like AC Milan and Borussia Dortmund will have representation:

#Juve will not have a delegation in Istanbul for the #UCLdraw this evening. Like other clubs, Juve will follow the draw live from Turin.

11:15 a.m.: You know we’ll be getting a moment or two just like the one Francesco shares here:

9:06 a.m.: Here’s a subplot that everyone will also be paying attention to in Istanbul. With the big clubs present for the draw, there is probably some negotiating that will be happening:

🚨🚨| Kylian Mbappé’s future will be decided TONIGHT in Istanbul after the #UCL draw. PSG and Real Madrid, who are both present at the ceremony, will negotiate for him. @PacojoSER #rmalive

How the group stage draw works

The 32 teams are divided into four pots containing eight teams each. A name from each pot will be drawn for each of Group A through Group H.

The rest of the pots are broken out based on each club’s UEFA club coefficients. Here’s the list of teams in each pot in the order of their coefficient score.

Draw Restrictions: Teams can’t be drawn into groups against teams from their own country. On top of that, to maximize television audiences UEFA goes a step further to make sure that teams from the same country aren’t drawn into groups that play on the same day. That way Barcelona and Real Madrid, for example, don’t play at the same time, which would cannibalize the TV audience in Spain, let alone around the world.

Here’s how UEFA pulls this off: Organizers have identified the teams they want to ensure play on separate days. If one of those teams is drawn in Groups A-D, then the other team has to be drawn in one of Groups E-H, thus guaranteeing the two teams never play on the same day. The same would be true if one of the flagged teams is drawn in Groups E-H (the other team would then have to be drawn in one of Groups A-D). Here are the teams that UEFA announced will be kept apart:

Here’s the list of awards that will be handed out in Istanbul based on last year’s Men’s and Women’s UEFA Champions League seasons (2020-2021):

Men’s Player of the Year

Men’s Goalkeeper of the Year

Men’s Defender of the Year

Men’s Midfielder of the Year

Men’s Forward of the Year

Men’s Coach of the Year

Women’s Player of the Year

Women’s Goalkeeper of the Year

Women’s Defender of the Year

Women’s Midfielder of the Year

Women’s Forward of the Year

Women’s Coach of the Year