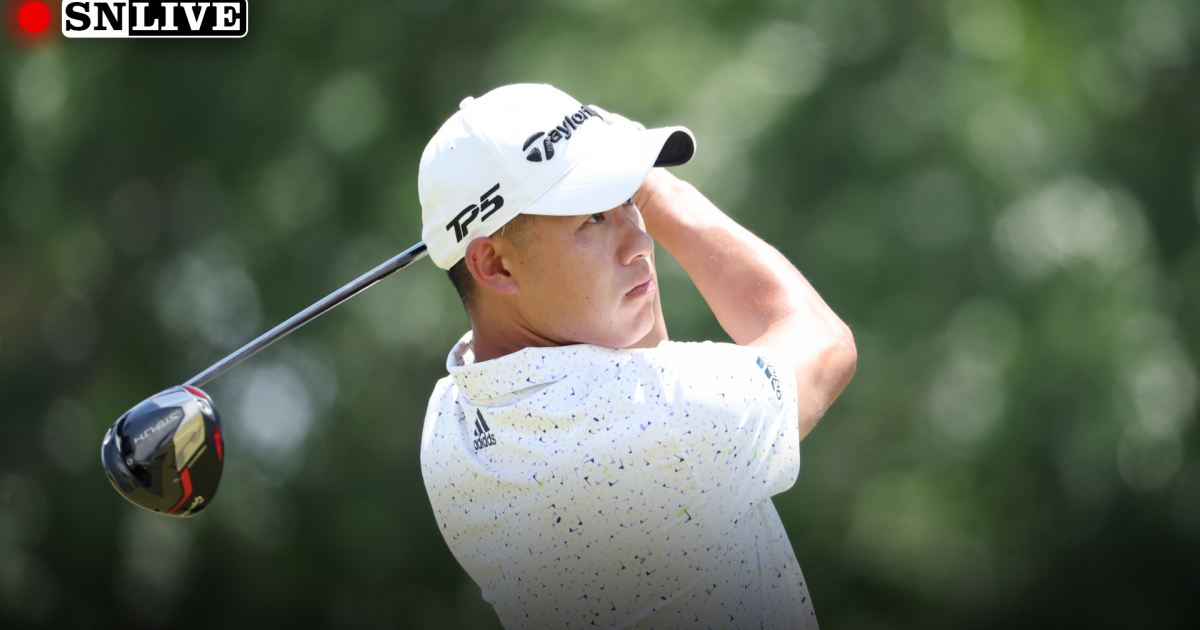 It’s moving day at the 2022 U.S. Open, and no golfer has removed himself so far from the pack to be declared the outright favorite to win the tournament.

Collin Morikawa, a two-time major champion, and Joel Dahmen, who has three professional victories and whose best major finish is a tie for 10th at the 2020 PGA Championship, are tied for the 36-hole lead at 5 under par. They’re one stroke ahead of a group of five golfers that includes defending champion Jon Rahm and Rory McIlroy.

Dahmen, a relative unknown on the PGA Tour, could become the story of the U.S. Open after making the tournament through a qualifying event. Others to watch include world No. 1 Scottie Scheffler (3 under).

Follow along as The Sporting News tracks moving day at the U.S. Open:

This section will be updated.

5:05 p.m.: Rahm hits his first birdie of the day on Hole 7, getting back to even for the round and tied for second at 4 under.

5:03 p.m.: Scheffler is on one, darn near hitting another eagle on Hole 9 but settling instead for the tap-in birdie.

That’s what you call an 𝗶𝗺𝗺𝗲𝗱𝗶𝗮𝘁𝗲 bounceback.@collin_morikawa follows up his bogey with a birdie to get back to 5 under. #USOpen pic.twitter.com/rtoTmKrDti

4:43 p.m.: SCOTTIE SCHEFFLER WITH THE DOWNTOWN EAGLE FOR THE OUTRIGHT LEAD!

4:41 p.m.: Morikawa needs to get things under control. His tee off Hole 5 goes far right and hits the tall grass on the ridge.

4:38 p.m.: There is now a four-way tie for the lead after Patrick Rodgers chips out of the fringe for an incredible eagle on Hole 8.

It’s a four-way tie at the top! @PRodgersGolf makes eagle at 8. #USOpen pic.twitter.com/a9JPnVHOs3

4:35 p.m.: Morikawa centers it! Incredible save keeps Morikawa atop the leaderboard even with the lost stroke.

4:33 p.m.: Morikawa is having a rough go on Hole 4. He just chipped out of the fringe for a par attempt and will have a 15-foot look for bogey. He stands to lose the outright lead.

4:24 p.m.: Wise’s tee on Hole 4 hits the front-left bunker. Could be problematic if he can’t scramble for the up-and-down par.

4:21 p.m.: Morikawa has been forced into relatively easy pars after barely missing birdie attempts each of the last two holes. He remains atop the leaderboard, but will those near misses come back to bite him?

4:15 p.m.: Aaron Wise hits an 8-footer for birdie to take over the co-lead alongside Morikawa.

Make room at the top for 2️⃣@aaronwise_ moves to -5. #USOpen pic.twitter.com/KNVTesb9dn

3:59 p.m.: Morikawa has a walk-in for par on Hole 1, while Buckley bogeys on his Round opener. Morikawa has the outright lead at 5 under.

3:49 p.m.: Will Zalatoris with an impressive birdie on Hole 9 to get to 3 under for the tournament. He has four birdies and a bogey through the front nine.

3:45 p.m.: The late groups are having some issues with the early holes. McIlroy’s par save attempt stopped on the lip of the hole on 2, while Buckley’s looking at a bogey on his first hole.

Another birdie for Scottie moves him back to -4. #USOpen pic.twitter.com/XJQNpIUMlk

3:37 p.m.: Sam Burns inching closer toward the top of the leaderboard.

Coming off a 🏆 and a T-4 leading into the #USOpen. He’s now just 2 back. pic.twitter.com/Yk12cqQlvI

3:36 p.m.: Rahm and Buckley are on the course as the penultimate grouping.

3:25 p.m.: Scheffler loses his stroke on the next hole, bogeying to fall back to 3 under.

3:18 p.m.: Not a great start for Beau Hossler, whose first shot hits the thick stuff and whose second hits the bunker. He’ll need to scramble to save par and remain a shot off the lead.

2:33 p.m.: Zalatoris sinks another birdie putt to go 2 under on the day. It’s shaping up to be a strong day for him as he continues to gain ground on the leaderboard.

2:24 p.m.: Jordan Spieth sinks a 23-foot birdie putt down the hill. Terrific shot to bring him even on the day and 2 over for the tournament.

2:17 p.m. Keegan Bradley comes up just short on a long putt for par. Had the ball teetering on the cup but couldn’t quite get it to fall, has to settle for bogey.

2:02 p.m.: Will Zalatoris birdies on Hole 2 and finds himself three back from Morikawa and Dahmen.

We’ve seen this story before. 👀 @WillZalatoris is in the mix at another major. #USOpen pic.twitter.com/fEbEc5ikO0

1:48 p.m.: Thomas ends up bogeying the hole after his third shot barely misses the green. He got a decent look from about 20 feet away but missed it by about a foot. He’s 2 over.

1:43 p.m.: Justin Thomas is vocally angry after the USGA declines to give him a drop ball after his ball lands next to a grate. His shot on Hole 4 lands in a bunker 50 yards from the green.

They love it. He loves it. 👏@Minwoo27Lee starts his second side with a birdie. #USOpen pic.twitter.com/DkCAlJx0CD

12:52 pm.: Dustin Johnson gets a 12-foot birdie on his first hole of the day to get back to even; meanwhile, DeChambeau has bogeyed three of four holes after his initial birdie to fall to 4 over.

Nobody likes hitting it in the bunker, but everyone likes watching from the bunker cam 😏@JordanSpieth (+2) went on to make this birdie putt. #USOpen pic.twitter.com/DLEtWxoQqq

12:11 p.m.: Bryson DeChambeau’s going to need a lot more of these if he wants to contend for a championship.

Go to your home, ball. 🕳️@b_dechambeau starts his third round with a chip-in birdie. #USOpen pic.twitter.com/QebU09CE3I

What channel is the U.S. Open on today?

NBC has exclusive third-round TV coverage of the U.S. Open on Saturday, from noon-8 p.m. ET. NBC’s streaming service, Peacock, will have exclusive early-round coverage from 10 a.m. to noon. FuboTV is a streaming option as well.

Here’s a look at the remaining broadcast schedule for the 2022 U.S. Open.