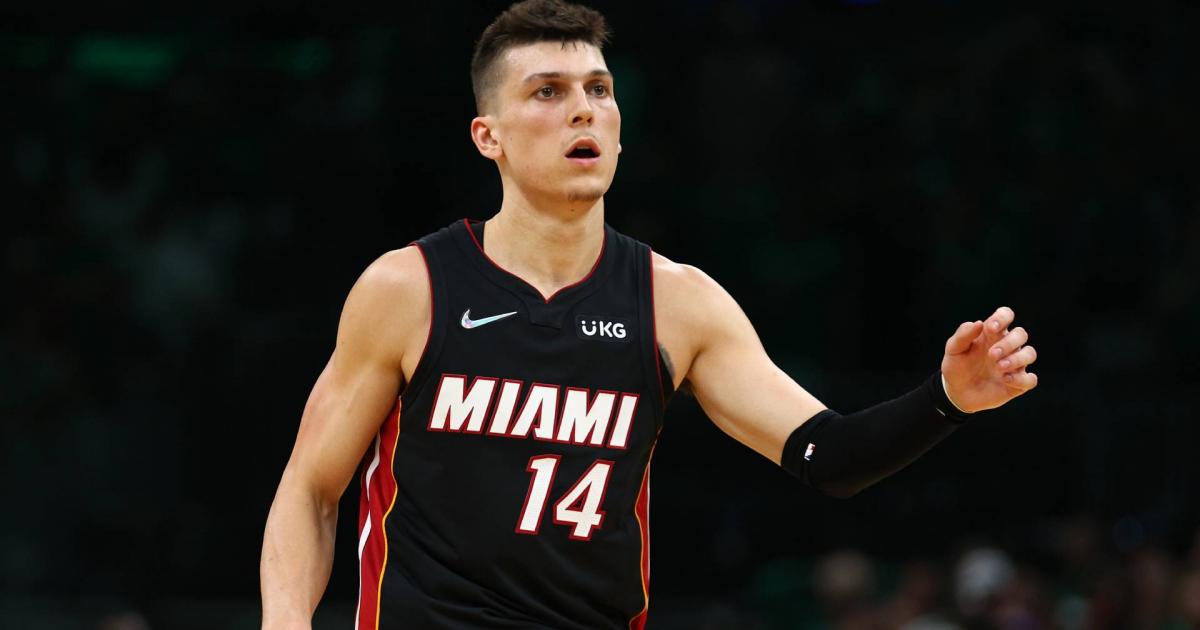 Injuries continue to play a large role in the Eastern Conference Finals series between the Heat and Celtics.

In Game 3 of the series, Sixth Man of the Year Tyler Herro was limited in the second half of Miami’s win, prompting questions as to why he was sidelined during a crucial juncture of the game.

In between Games 3 and 4, head coach Erik Spoelstra said that Herro was dealing with a “leg issue,” which resulted in him not closing the game.

How serious is this leg issue? Here is what we know about Herro’s injury.

What is Tyler Herro’s injury?

The Heat say that Herro suffered a groin injury in Miami’s Game 3 win over Boston.

Herro, who saw 20 minutes of action in the first half of Game 3, remained on the sidelines as the Heat worked to stave off the Celtics’ comeback efforts.

The Sixth Man of the Year told reporters that the issue is not serious and that he’s experiencing discomfort when running.

Is Tyler Herro playing in Game 4 vs. Celtics?

Herro has been ruled out for Monday’s Game 4.

#MIAvsBOS INJURY UPDATE: Tyler Herro (groin) has been ruled out of tonight’s Game 4 vs the Celtics.

According to Spoelstra, the team needed to “be responsible” and take the decision out of Herro’s hands with his best interest in mind.

Regarding Herro’s availability, Spoelstra added that “this is the time of the year everybody wants to play. But there is also a responsibility to the athlete and their health and we have to be disciplined to that and sometimes these are tough decisions.”

Erik Spoelstra on telling Tyler Herro (strained left groin) he’s out for Game 4: “This is the time of the year everybody wants to play. But there is also a responsibility to the athlete & their health & we have to be disciplined to that & sometimes these are tough decisions.” pic.twitter.com/ZBgAg5OABL

Herro is reportedly targeting Wednesday’s Game 5 for his return.

Miami Heat guard Tyler Herro (groin) says the plan is to bounce back and be available for Game 5 on Wednesday.

Game 4 of this Eastern Conference Finals matchup will tip off on Monday, May 23 at 8:30 p.m. ET from the TD Garden in Boston. ABC will broadcast the game with ESPN’s Mike Breen, Mark Jackson and Jeff Van Gundy on the call.

Here is the full schedule for the 2022 Eastern Conference Finals.