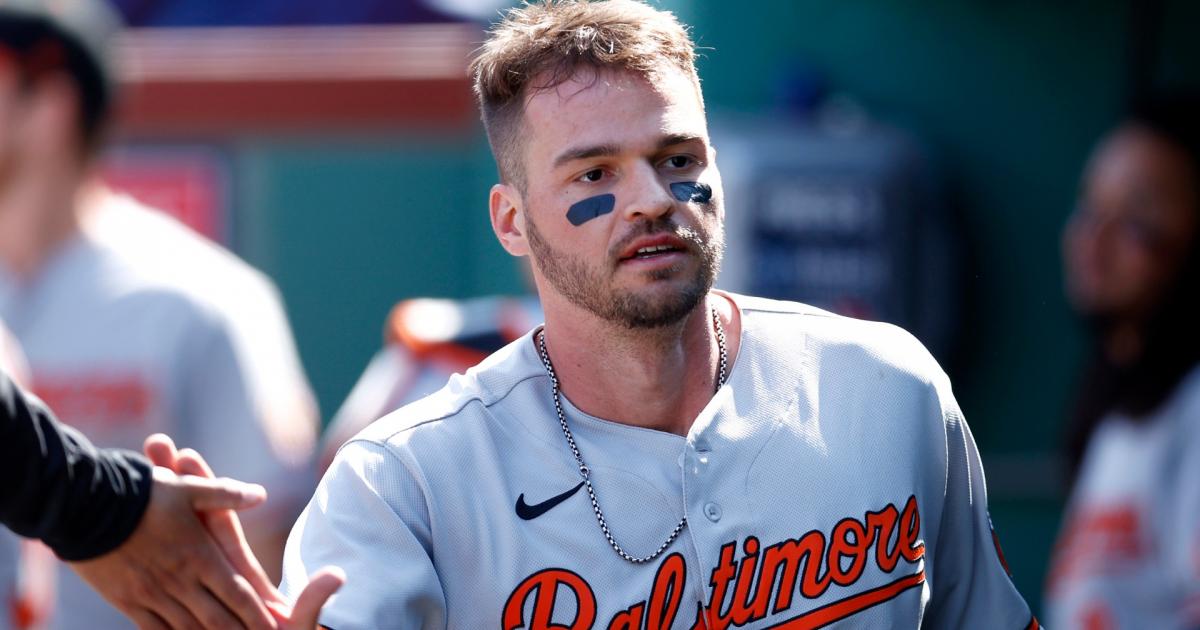 Trey Mancini is one of baseball’s good guys. That’s what made his departure all the more difficult to stomach.

Mancini was dealt to the Astros on Monday, the centerpiece of a three-way deal that saw the O’s acquire a pair of pitching prospects and the Rays acquire outfielder Jose Siri.

Mancini has been one of Baltimore’s few constants in recent years, the only player on the present-day roster to play a playoff game at Camden Yards. He’s also been one of the franchise’s ambassadors on and off the diamond, getting involved in the community and, after receiving a colon cancer diagnosis in 2020, serving as an inspiration and advocate for cancer patients and survivors everywhere.

So when news filtered in that Mancini was officially on the move, his O’s teammates didn’t seem too pleased.

Ryan Mountcastle: “A lot of us are pretty upset.” He said multiple times “it sucks” that Trey Mancini was traded.

It’s not as if Mancini’s came out of left field. The veteran outfielder/first baseman had been bandied about as a potential trade chip for some time. For a rebuilding team like the Orioles, perhaps a prime Mancini didn’t fit the timeline.

“I hope I get to stick around and still be a part of this team,” Mancini said after his final game in Orioles colors, one where he legged out an inside-the-park home run.

But I understand how the business works and I don’t really have a say in it. I’m just gonna go out there every day and keep playing for this team and the name across my chest because I love the city and the team and all of these guys in here. It’s just been such a fun year.

But the O’s had seemed to finally seemed to put the pedal on the gas in recent months. After years of losing and losing and more losing, Baltimore has finally put a competitive team on the field. As of Monday afternoon, the O’s are sitting at 51-51, sitting just three games out of a wild card spot. Mancini had been a big part of that, posting a 114 OPS+ in 401 plate appearances.

Business is business, and general manager Mike Elias felt he had to make a move. But with the team in such a groove as of late — the O’s went 16-9 and in July (!) — was the juice worth the squeeze? Are the prospects that Baltimore acquired truly worth upsetting the rhythm of a team that, for the first time in ages, actually looks capable of stringing wins together?

Those prospects, right-handed pitchers Seth Johnson and Chayce McDermott, are perfectly capable High-A pitchers. But Johnson is 24 and slated to get Tommy John surgery. McDermott will be 24 in three weeks and has struggled gotten roughed up at times in High-A ball.

That’s a fairly underwhelming return, especially for a player who has been a cornerstone to your franchise like Mancini.

Elias doesn’t think the Orioles are a playoff team. Literally. He even said it:

“But ultimately, I have to tether my decisions to the outlook and the probabilities of this year. We have a shot at a wild card right now but it is not a probability that we’re going to win a wild card.” pic.twitter.com/GEMivb57Me

The players clearly do, though. Or at least, they think they have a chance. And Mancini was a big part of that.

“I’m not wanting to, like, leave these guys quite yet in the locker room. I’m having a hard time getting in the shower, putting my stuff on and leaving, because I know I won’t be back in the locker room with them.”

Adley Rutschman on Trey Mancini: “He’s a guy that I look up to, that a lot of guys look up to. When you talk about a guy who’s a leader, who’s a team guy, that’s him. He’s the gold standard.”

Jorge López called Trey Mancini an inspiration and said what he’s overcome has stuck with him particularly because of what his son, Mikael, has been through.

Asked what Trey Mancini has meant to him and the Orioles, Anthony Santander grabbed a signed Mancini jersey out of his locker and gave it a hug.

Jordan Lyles: “There’s no denying we’re losing one of our better players. That’s up to the front office of what they feel is best for the O’s and years in the future. People can probably wrap their heads around the reasonings behind certain decisions, but we’re gonna miss him.”

It’s been a season to remember for the O’s. But it could be so much more. And letting Mancini go seems to be an indication from the front office that they can’t see what the players, fanbase and general public do: Baltimore has something cooking.