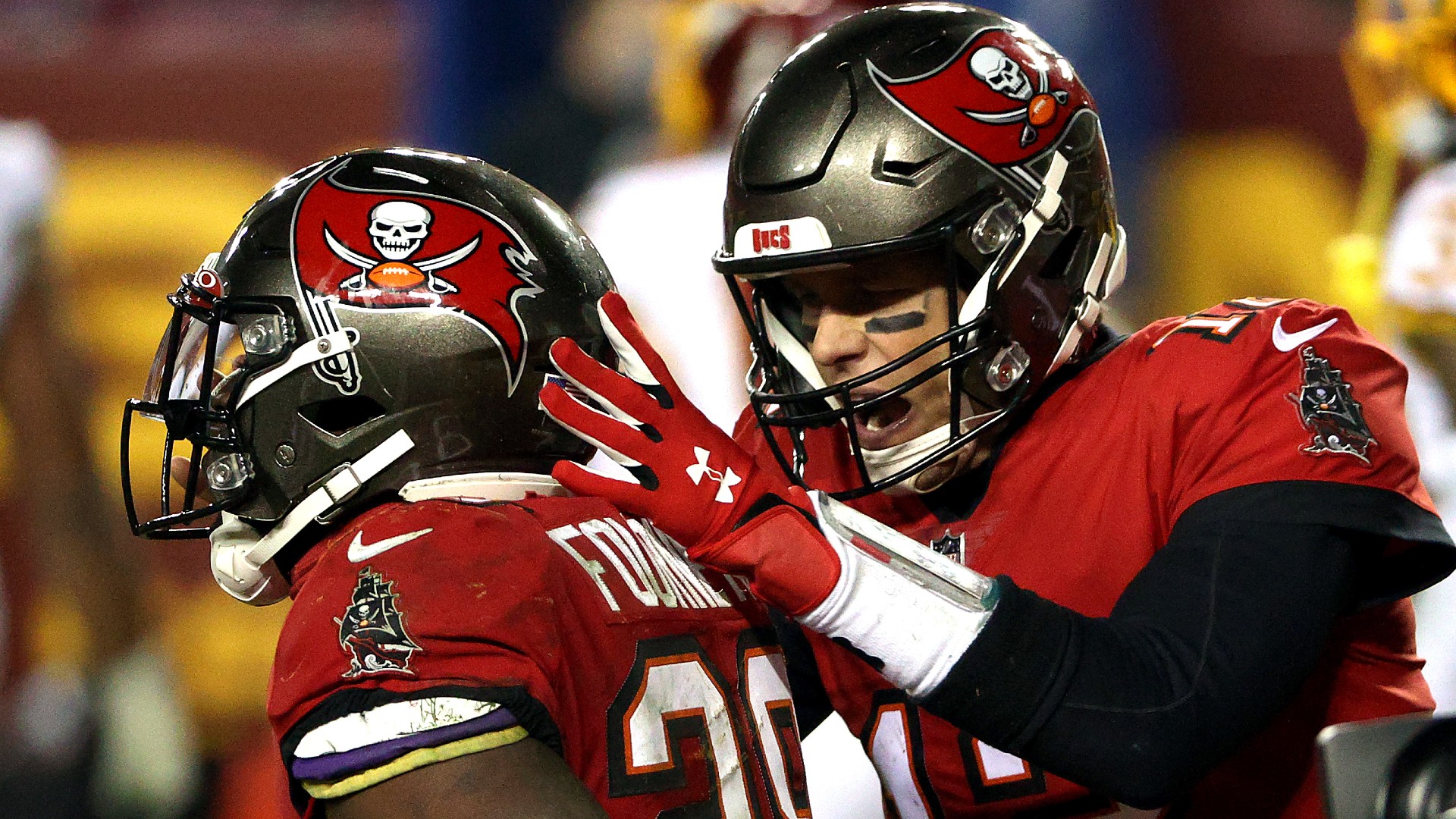 Tom Brady got his first NFL playoff win with the Buccaneers. His performance didn’t look much different from the massive playoff wins he had for the Patriots.

Tampa Bay needed every bit of the GOAT quarterback’s greatness to outlast host Washington 31-23 in Saturday night’s NFC wild-card playoff game. In an unlikely passing duel with Taylor Heinicke and facing a tough pass rush, Brady had all the answers with every kind of throw.

A year ago, Brady struggled with a limited Patriots offense in the AFC playoffs, with a late pick-six stamping his shaky loss to the Titans. With the Buccaneers, there were zero questions about his arm or downfield accuracy.

Brady didn’t look close to 43 as Heinicke, 16 years his junior, was keeping Washington in the game until the final drive while playing for an injured Alex Smith. Brady wasn’t perfect as he faced plenty of pressure; he took three sacks and completed just 55 percent of his pass attempts. But even without completing a pass to tight end Rob Gronkowski — who was needed to help out in pass protection — he delivered big plays all over the field.

READ  Jets' Dominic Toninato scores game-winning goal vs. Oilers in Game 1 after being inserted into lineup

Washington did its best, but it couldn’t keep Brady (22-of-40 passing, 381 yards, two touchdowns, 8.9 yards per attempt, 104.3 rating) from regularly sidestepping the rush and getting the ball downfield to his elite wide receivers, Mike Evans, Chris Godwin and Antonio Brown. With Gronkowski playing more in-line, Brady simply pivoted to Cameron Brate to make chunk catches from tight end.

That opened things up for Leonard Fournette to lead a prolific rushing attack. There was a perception at one point Saturday that Washington’s defense was doing a great job. But in the end, the Bucs racked up three touchdowns, four field goals and 507 yards of offense. Brady’s night could have been bigger without uncharacteristic drops by Godwin and others.

Brady is playing at a high level, but he’s also getting great support from the Bucs’ offensive line and the loads of talent at the skill positions. After a few hiccups during the regular season, he’s now in a complete mind meld with offensive coordinator Byron Leftwich that’s reminiscent of his connection with Josh McDaniels in New England.

Heinicke was a game playmaker, save for one early interception and a few bad balls. Ahead are more dangerous QBs who are contemporaries of Brady. If form holds in the NFC playoffs, then Brady would next get another shot at Drew Brees and the Saints — who swept the Bucs in the regular season. If the Bucs advance to the NFC championship game, then they would be in line to face Aaron Rodgers and the Packers — whom the Bucs routed in the regular season.

The Bucs’ defense is talented. It consistently stops the run and coordinator Todd Bowles has good pass-rushers and solid defensive backs for his blitzing scheme. But in watching Heinicke pick apart that defense, it was evident that there are also plenty of holes in coverage. There will be continued pressure, then, on Brady and the offense to win high-scoring games in the playoffs.

Brady was fired up and cool at the same time Saturday. He was never rattled, and even though Washington put up a good fight, there was no reason to believe the Bucs weren’t always in full control of the game. Along the way, he made some of his classic jaw-dropping throws perfectly tailored to his receivers.

The Buccaneers were clad in their red and pewter uniforms, trying to throw it back to the magic of their Super Bowl 37 championship. But one could be easily fooled that Brady was still sporting the red, white and navy blue of the Patriots teams that won Super Bowls 36, 38, 39, 49, 51 and 53.

Brady left the Patriots because they were no longer the team best suited to get the best out of him. He wisely picked the Bucs, and although it took a while, they completely became his team right before the playoffs.

Now that the Bucs are in the playoffs, they are getting a very familiar QB — nothing short of a full GOAT.