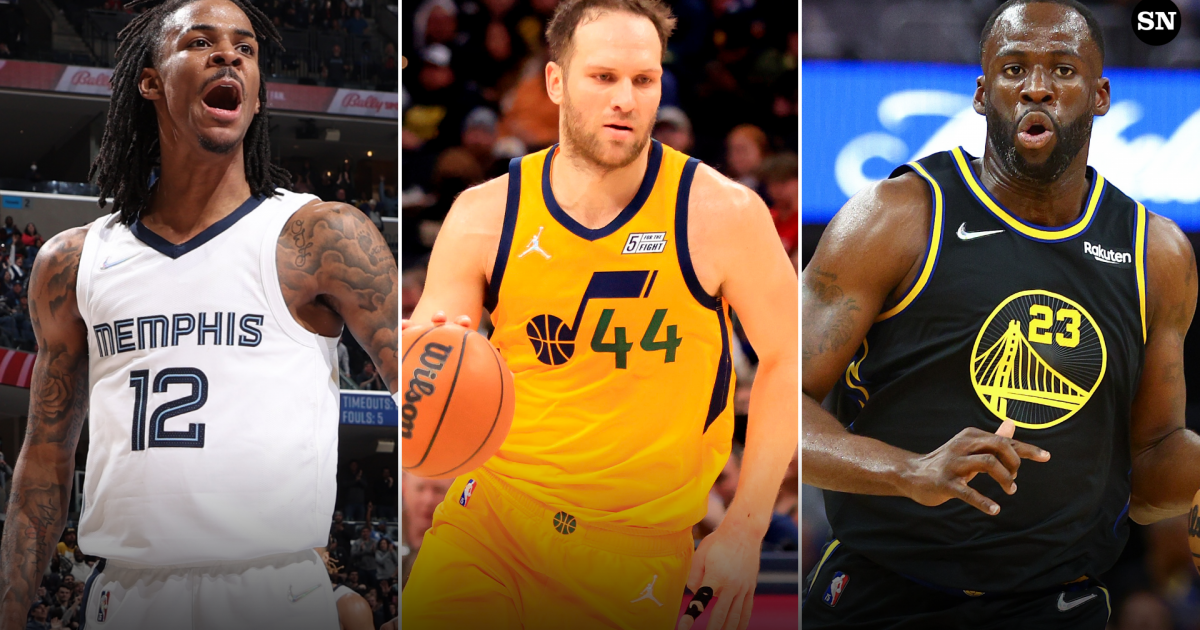 The first round of the NBA playoffs continue Thursday with three more games for bettors to target: Grizzlies (-1.5) at Timberwolves, Mavericks at Jazz (-6), and Warriors (-1.5) at Nuggets. The point spreads for Grizzlies-Timberwolves and Warriors-Nuggets have shortened considerably with moves to the underdogs’ home courts, but it’s worth noting that the Mavs-Jazz spread has remained around six points despite the series moving to Utah. That line could move quickly in either direction, though, depending on Luka Doncic’s status for Game 3. Let’s take a look at tonight’s NBA odds, key betting trends, and expert picks from BetQL before you place any bets on Thursday’s games.

It’s not too late to get in on the action! BetQL subscribers can see more betting trends and all of our best bets, including player props, with star ratings for every game, so sign up for a BetQL Day Pass!

Odds in this article are subject to change.

Trends: If you enjoy trends like I do, you definitely appreciate the Grizzlies. They outperformed Vegas’ expectations all season and have an NBA-best 63.9 percent (53-30-1) cover rate. Let’s not forget about the Timberwolves, though. An NBA-high 60 percent (51-34) of their games finished OVER the total this season.

However, per BetQL’s game page, the most relevant trend might be this: In the second half of the season, the Grizzlies have gone 23-6 versus the first-half spread against good passing teams that average at least 23 assists per game. Since Minnesota averages 25.6, that trend is active.

The BetQL model has a five-star value pick (best of the best) on the whopping 238-point total and another five-star value on a Ja Morant player prop that you’ll want to see. Grab a BetQL Day Pass to see all of our best bets across all sports!

Top Player Prop: Ja Morant UNDER 29.5 points. In Game 1, Morant dropped 32 points, but he scored half from the free-throw line (16-for-20). It was a different story in Game 2 when he scored 23 points on 9-for-16 shooting along with 3-for-4 from the charity stripe. If Morant is unable to get the calls like in Game 2, he’ll have a tough time scoring in this physical matchup. Expect the Timberwolves to help, double, and trap Morant a healthy amount, and it’s worth noting that he had bad games in Minnesota during the regular season, going 7-for-25 shooting for 20 points on Feb. 24 and arguably his worst game of the campaign back on Nov. 20 with 11 points on 3-for-9 shooting. BetQL is listing UNDER 29.5 points as a four-star value and projects Morant to score 22.

BetQL Staff Pick: Total UNDER 238. Game 1 finished at 247 total points while Game 2 finished at 220, but the chippiness and gritty defensive nature featured in Game 2 will most likely stick around for the rest of this series. BetQL is listing UNDER 238 as one of the most valuable bets of the day, and it’s very difficult to assume that star players on either team will stay out of foul trouble. As Karl-Anthony Towns has proven in two of his past three games, playing under the spotlight can create some reckless moments. Losing one or more of those elite scorers can have a gigantic impact on the point total, regardless of the fact that both offenses have the talent and proven ability to take over any game.

Trends: Will Luka Doncic (left calf) play? That is the ultimate question. Without him in Game 2, the Mavs shocked the world with a home upset win, evening up the series at 1-1. It’s worth noting that, per BetQL, 73 percent of public bettors backed Utah’s -220 moneyline in Game 2 (and promptly lost). Keep in mind that under Quin Snyder, the Jazz are 43-26 ATS after two straight games outrebounding their opponent by 10 or more. However, under Jason Kidd, the Mavs are 36-19 ATS when the total is 210-219.5. The BetQL model has identified a five-star ATS value that essentially ignores one of these trends, so make sure to check it out.

Top Player Prop: Bojan Bogdanovic UNDER 21.5 points. Bogdanovic scored 26 points in Game 1 and 25 points in Game 2, shooting 55 percent and 60 percent from the field, respectively. In his previous two meetings against Dallas with Doncic playing, he scored 21 and 18 points, respectively. If Doncic is able to suit up for Game 3, the game will likely be slower than usual and feature fewer shot attempts for both teams — especially for Doncic’s teammates. BetQL is listing UNDER 21.5 points as a three-star value and projects Bogdanovic to finish with 17 in this matchup.

BetQL Staff Pick: Mavericks +6. In Game 1, the Mavs lost by six as 5.5-point home underdogs; in Game 2, they won by six in virtually the same scenario. Now they’re six-point ‘dogs on the road at Utah and might even get Doncic back. If Luka plays, I expect this line to shorten considerably, so +6 could end up being a steal. Either way, I’ve seen enough fight from the Mavericks to take the points, even on the road. – Brad Pinkerton

Trends: Ah, the “death lineup” made its triumphant return as the Warriors cruised to back-to-back blowout wins (by 16 in Game 1 and 20 in Game 2). The Warriors have gone 24-14 SU when playing against a team with a winning record this season and have gone 14-5 ATS after a double-digit home victory. However, the Nuggets have gone 13-2 SU (+14.1 units, 94-percent ROI) after two straight games attempting at least 10 fewer free throws than their opponents under coach Michael Malone.

See which way the BetQL model is leaning, and check out its surprising Jordan Poole projection along with all the best bets and player prop values from this game.

Top Player Prop Bet: Draymond Green UNDER 7.5 assists. I love Draymond’s ability to facilitate, but he’s gone OVER this number of assists in just two of his past 16 games dating back to the regular season. Due to the ascension of Poole and Steph Curry’s proven ability to handle the ball and run the offense, Golden State doesn’t need Green to overexert himself as a ball handler as much as they have in the past. Green did get OVER this number of assists in Game 1 (9), but the BetQL model is projecting him to finish with six.

BetQL Staff Pick: Warriors -1.5. The Warriors have covered the spread in each of their past three games and in seven of their past eight, so I really like them to cover again in this one against the Nuggets. The Nuggets, meanwhile, have covered in just six of their past 20 games. BetQL also points out some trends favoring the Warriors: Steve Kerr is 42-20 ATS coming off two consecutive home wins by 10 points or more while coaching Golden State, and the Nuggets are just 7-20 ATS in a home game where the total is 220 or higher this season (this total is around 224). So, I’m all-in on the Warriors to cover the spread tonight. – Lucy Burdge

BetQL subscribers can see more betting trends and all of our best bets, including NBA player props, with star ratings for every game. Sign up for a BetQL Day Pass!