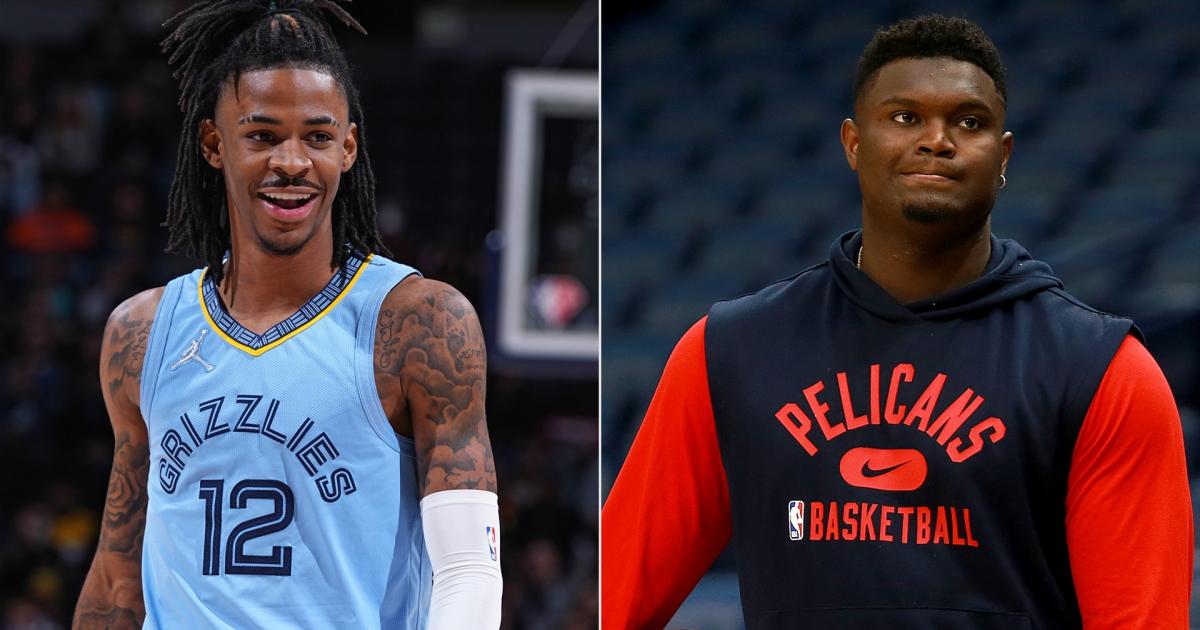 In his third season, Ja Morant has made the leap, taking the NBA by storm with averages of 27.6 points, 6.6 assists and 5.8 rebounds per game and a career’s worth of highlights — literally.

With his play, Morant has catapulted himself into the MVP conversation while his Grizzlies are more popular on a national level than they’ve ever been before.

The way human nature works, we can’t help but compare Morant with others.

Is he the next explosive point guard to win MVP like Derrick Rose or Russell Westbrook? Is he better than draft classmate Zion Williamson, who has yet to take the floor in the 2021-22 campaign?

Three years haven’t even passed since the 2019 NBA Draft and it seems as though it’s been declared that the Grizzlies “won” by selecting Morant second overall after the Pelicans opted to select Williamson with the first pick, conveniently forgetting the fact that Williamson was as can’t-miss of a draft prospect that there has ever been.

That said, many cite Williamson’s injury issues and Morant’s All-Star leap as reasons to support the notion that the Grizzlies landed the best player in the 2019 NBA Draft but it’s just not that simple.

MORE: Zion Williamson deserves better from us all

Sure, availability is the best ability, but if injuries are the main argument in your case for Morant, you’ve unfairly tipped the scales.

Quite frankly, Morant’s rise to stardom stands well on its own without comparison.

In addition to averaging 27.6 points per game at the age of 22, Morant was a starter in the NBA All-Star Game for the first of many times in his career.

Now if we call Morant’s accomplishments in his age-22 season “impressive,” what word do we use to describe the fact that at the age of 20, Williamson averaged 27.0 points per game and started in the NBA All-Star Game for the first of many times in his career?

How quickly we seem to forget.

In just his second NBA season, Williamson took the leap and then some, dominating multiple facets of the game despite the fact that he was still clearly getting acclimated to playing at the NBA level. As discouraging as Williamson’s injury history might be in the moment, it’s a reminder that he’s been this good without having the opportunity to truly get into his groove just yet.

And how about putting their scoring dominance into perspective?

Morant has come into his own as a scorer this year, but it’s staggering to consider that in nearly 100 more games than Williamson, the Grizzlies guard has only turned in eight more performances with 30-plus points than the Pelicans forward (though Morant was the first to cross both the 40-point and 50-point plateaus).

Ja Morant’s highlights from tonight are straight out of a video-game!

There is a stark contrast in the amount of team success each star has experienced but team success is a sum of all the parts — Morant has elevated the Grizzlies but the likes of Steven Adams, Desmond Bane and Jaren Jackson Jr. have made life easier for him, too.

Additionally, the Grizzlies have had the luxury of continuity as Taylor Jenkins has been on the sidelines since Morant’s rookie season while Williamson and the Pelicans are on their third coach in as many seasons, but it seems they’ve finally gotten it right with Willie Green.

It’s also important to remember the fact that the Pelicans are 4-0 against the Grizzlies when both Morant and Williamson suit up.

When Williamson gets back on the floor, he’ll be back alongside Brandon Ingram, CJ McCollum and Jonas Valanciunas, creating a scary starting unit that should make life much easier for the budding superstar.

Just think, if a 20-year-old Williamson was able to average 27.0 per game in a system that wasn’t perfectly suited to his strengths, imagine what he’ll do at 22 alongside more talent in a better system.

Ultimately, when all is said and done, both the Pelicans and Grizzlies used a top pick to draft franchise players who became All-Stars within their first three seasons.