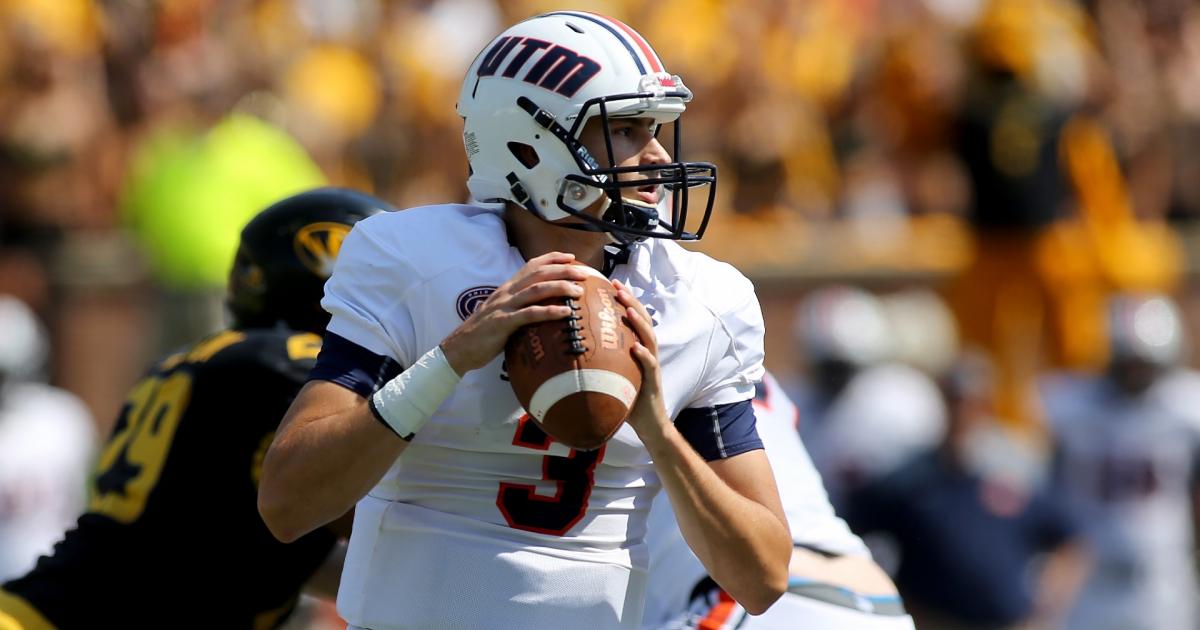 NIL deals have changed the landscape of collegiate athletics, offering athletes an opportunity to use their name, image and likeness to finally pocket fair wages for their on-field production.

For athletes in smaller programs, that often means aligning themselves with local brands: a mom-and-pop restaurant here, a dingy dive bar there.

For Tennessee-Martin quarterback Dresser Winn, though, it meant something else. The former three-star recruit took to Twitter to announce his latest partnership– It’s a deal to endorse local district attorney candidate Colin Johnson.

Thank you to life-long supporter, and candidate for District Attorney General for the 27th Judicial District of Tennessee, Colin Johnson, for coming to my camp this weekend!

Elections are in August, so make sure you are registered to vote!#Vote #CJforDA #SponCon #endorsement pic.twitter.com/z44B1Sv9xU

Winn was decked in apparel supporting Johnson’s candidacy. He is the first known athlete to ink a deal with a political campaign, a potentially groundbreaking moment in the ever-changing college game.

Who is Dresser Winn?

Entering his sixth year with the Skyhawks, Winn has 19 passing touchdowns and 13 interceptions in 21 career games. He struggled with injuries in 2021, playing just three games before suffering a severe injury against Austin Peay on March 21. Prior to the season, Winn was named to the preseason All-OVC team.

Winn’s deal set the stage for athletes to commodify their athletic talents into political endorsement. While that might not matter for larger elections, it is those small-market, locally-based agreements that make up the cornucopia that is NIL. And it’s those deals that can prove so financially-viable to cash-strapped players.

So, although NIL has faced its fair share of criticism, namely from Alabama coach Nick Saban, it’s clear that deals like Winn’s have real value for athletes going forward.

“You don’t have to have 40,000 followers or even 10,000, 5,000 followers to take advantage of these [NIL] rules,” Christopher Aumueller, the CEO of the athlete-marketing and brand development upstart FanWord, told Insider in April. “Those small deals, while they may be small in monetary value, they may go a very long ways for these student-athletes. A couple hundred dollars here and there can make a big impact for some of these young men and women.”