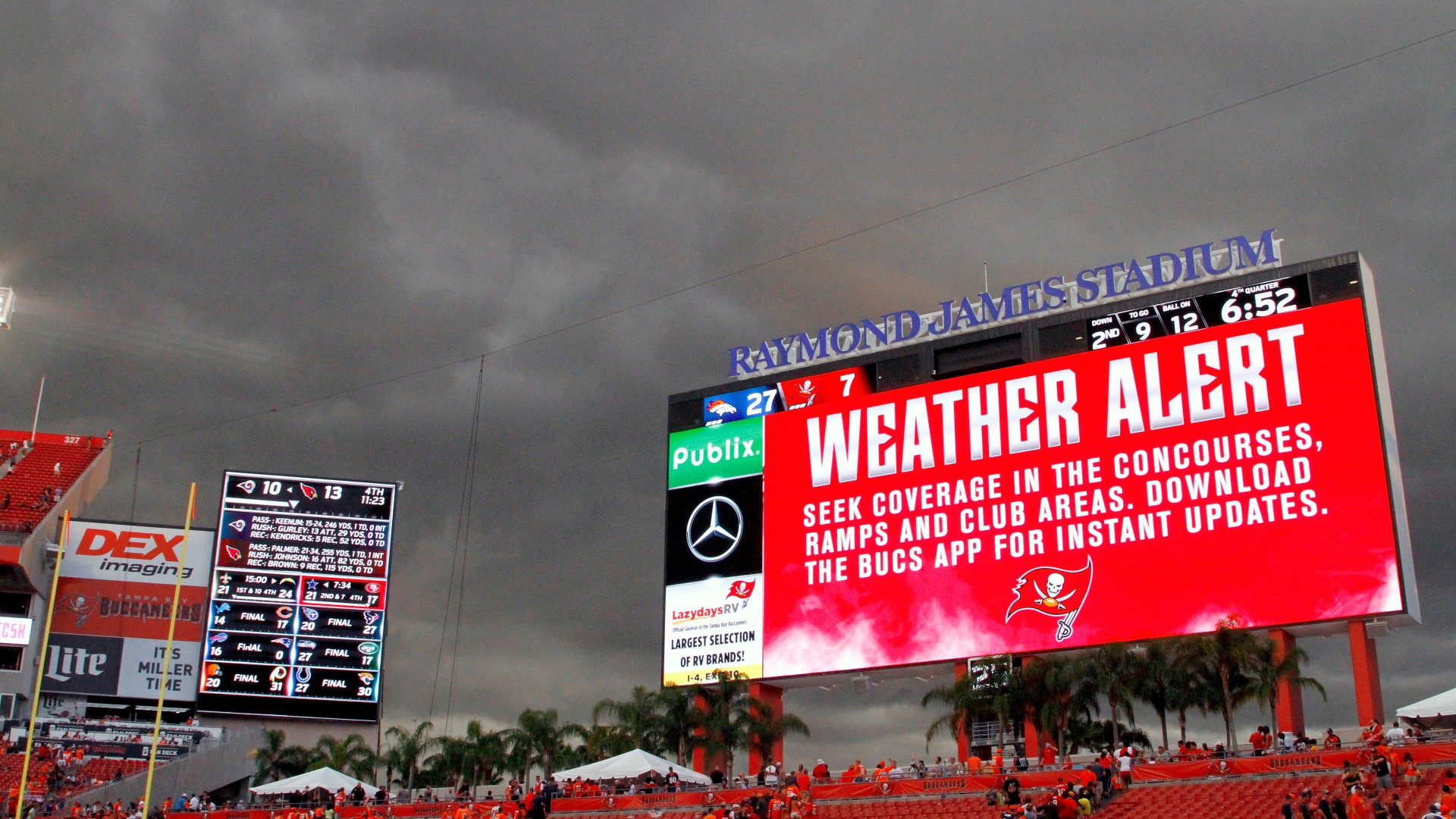 It makes perfect sense for the NFL to choose a warm-weather city to host the Super Bowl. But when it comes to Florida, there’s always a chance of rain.

Super Bowl 55 will take place on Sunday, Feb. 7, in Tampa, Florida at 6:30 p.m. ET. It pits the Chiefs against the Buccaneers at Raymond James Stadium, a de facto home game for Tom Brady and the Buccaneers. And while nothing in the forecast looks overly threatening, with less than a week until kickoff, there is a real possibility that there’ll be precipitation during the Super Bowl.

Here’s what various weather forecasts are saying as of Feb. 2.

Feb. 2: The National Weather Service doesn’t get overly specific in its seven-day forecast. It says that Sunday in Tampa will be partly sunny, while Sunday night will turn to partly cloudy even though the chance of rain drops as Sunday turns to night.

Monday in Tampa is forecasted to be 65 and sunny, so it seems like as long as the rain gets out of the way before game time, there won’t be any new fronts coming in.

Feb. 2: The Weather Channel writes, “Thunderstorms likely in the morning, then a chance of scattered thunderstorms in the afternoon.” While it puts its chance of rain higher than the NWS, it has the same trend that any rough weather could be out of the way as the 6:30 p.m. ET kickoff approaches.

The chance of rain predicted by The Weather Channel drops to 49 percent Sunday night, writing that it’ll be “cloudy with occasional rain showers.” Humidity is expected to be up near 80 percent the entire day.

By the time the weekend rolls around, though, the cold front will have passed and Tampa will start to heat up again, just in time for football.