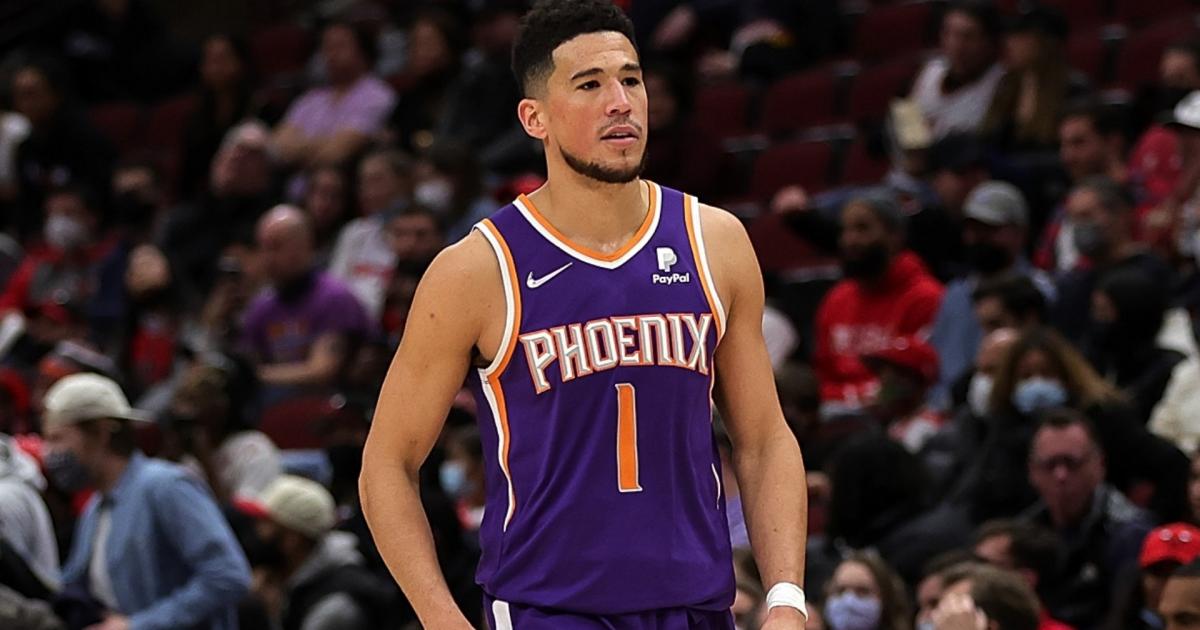 The 2021-22 Most Valuable Player of the Year race is as wide open as it’s been in recent years with several players making strong claims for the award at different points in the season.

First, it was Stephen Curry, Kevin Durant and DeMar DeRozan leading the charge, before Nikola Jokic and Giannis Antetokounmpo began to pick up steam. In recent weeks, Ja Morant and Joel Embiid have added their names to the list, but one player who hasn’t been getting that same traction is Phoenix Suns guard Devin Booker.

Named as an All-Star reserve last week, Booker has quietly been going about his business this season and Monday night, he delivered another scoring onslaught, lighting up the Chicago Bulls for 38 points in their 127-124 win.

Start of Q4 on @NBATV pic.twitter.com/vuZ04kPmcw

Booker went 14-for-23 from the field and has now scored 30-plus points in five of the past eight games.

READ  Jalen Ramsey reveals Cowboys broke draft-day promise to him: 'If you're on that board, we're taking you'

But more importantly, the Suns are winning. Coming off an 11-game win streak in January, the Suns sit at 43-10 on the season, holding the best record in the NBA.

While his season stats don’t leap off the page, Booker has been a central figure in the Suns’ success this season, winning 38 out of 42 games he’s played.

“I think Chris and Book are both MVP candidates and it’s pretty cool that they’re both starting to get that kind of notoriety,” Suns head coach Monty Williams said.

“I don’t watch a ton just cause it, I don’t want it to mess with my mind, but the things that I do see on ESPN. I’m sure they would downplay it, but they deserve it, they’ve been huge for us this year. “

Playing alongside Chris Paul undoubtedly doesn’t help Booker’s MVP case with the star duo working in tandem, cannibalizing the shine off each other, but as the Suns continue to rack up wins, on pace for a 63-win season, per FiveThirtyEight, Booker’s argument as the best player on the best team certainly carries weight.

After dropping a season-high 48 points on the San Antonio Spurs in January, Booker has been on a tear in his last 13 games, averaging 30.8 points, 5.2 rebounds and 5.2 assists on 47.2 percent from the field and 31.3 percent from the 3-point line.

Last week ESPN’s Stephen A. Smith put Booker in his Top 5 candidates alongside Chris Paul, highlighting the struggle for either of the Suns’ guards to win the award, but with plenty of basketball still to be played this season and Booker consistently producing, his case is only going up from here.