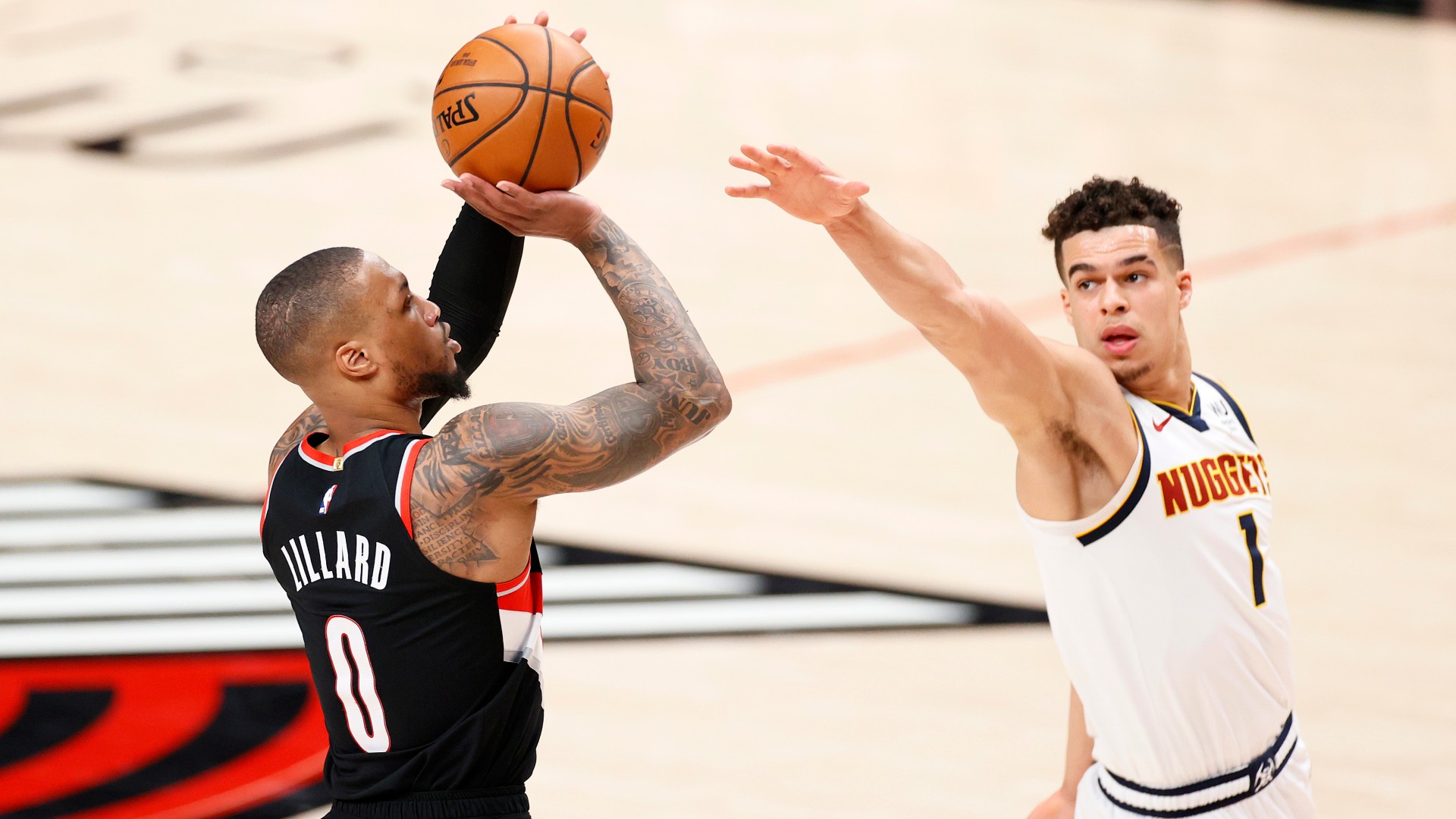 The Trail Blazers star exploded for 55 points in Tuesday night’s Game 5, but the Nuggets survived the scoring onslaught and captured a 147-140 double-overtime win. Lillard shot a preposterous 17 of 24 from the field, 12 of 17 from 3-point range and 9 of 10 from the free throw line while throwing in 10 assists, six rebounds, three blocks and one steal.

Lillard set the NBA playoff record for most 3-pointers in a game and became the first player in league history with at least 50 points, 10 assists and 10 3-pointers in a regular season or playoff game. He also had the third-most points in a playoff loss behind only Michael Jordan (63) and Donovan Mitchell (57).

But it wasn’t just the numbers themselves that stunned NBA fans and players — it was how Lillard carried Portland down the stretch. He hit the triple that sent the game to overtime (after a controversial foul call).

Denver jumped out to an early lead, but Lillard refused to let the game slip away.

And he forced another overtime period because… of course he did.

When he actually missed a shot, Nuggets guard Austin Rivers looked to the sky and said, “Thank God.”

Unfortunately for Lillard, his Trail Blazers teammates didn’t offer much help down the stretch, and the Nuggets walked away with a 3-2 series lead.

READ  FIFA World Cup: Which teams have qualified to Qatar 2022? Full list of all 32 nations

“It don’t matter. We lost the game,” Lillard said after Game 5. “I mean, at this point, all that matters is we can’t lose another game in this series.”

Here’s how players around the league reacted on social media to Lillard’s ridiculous outburst:

I had like 4 tweets I wanted to write to describe this MASTERPIECE by Damian Lamonte Ollie Lillard Sr, but I am seriously at a loss for words…

This a spiritual experience.