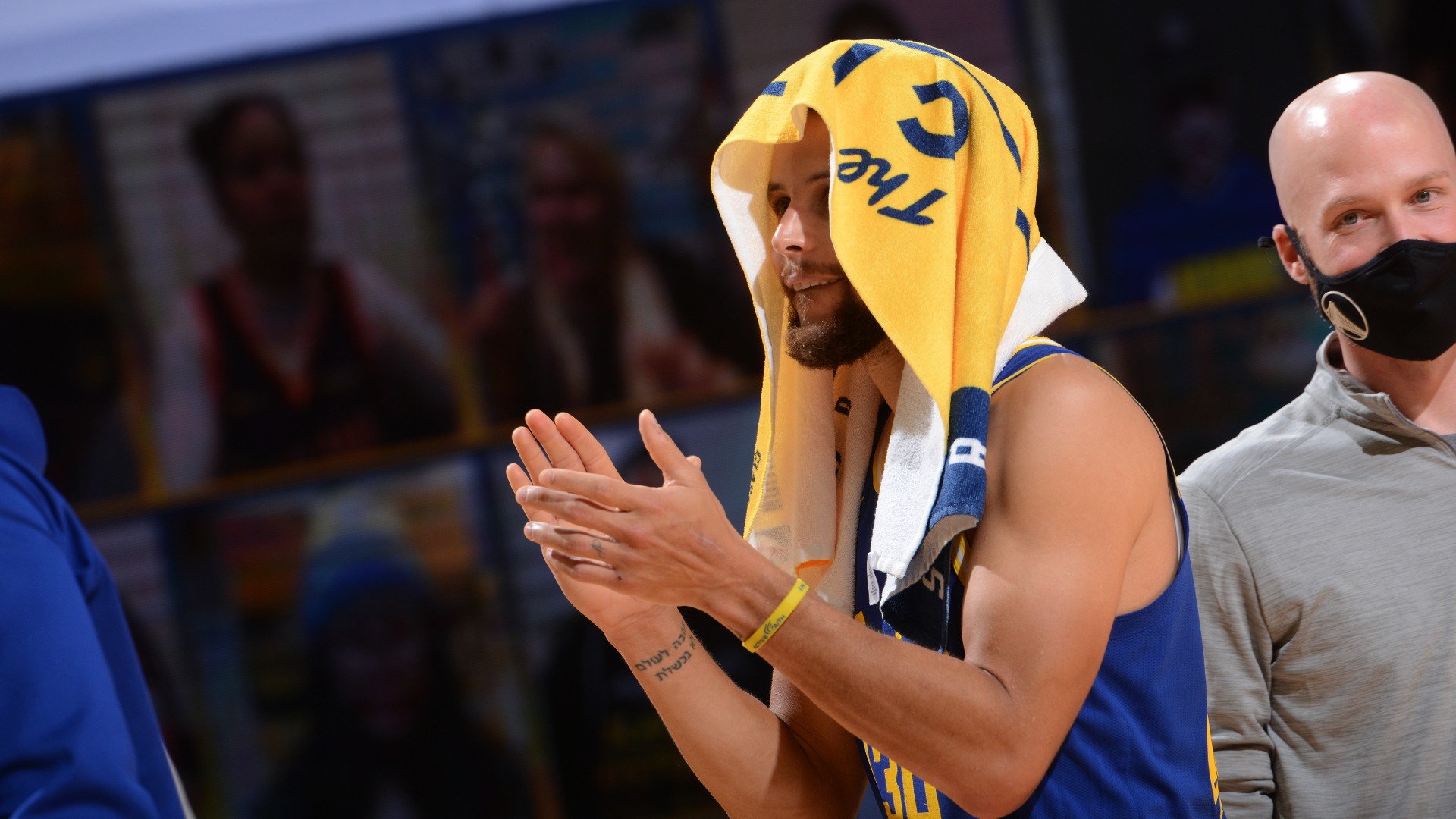 The Warriors are not overly concerned by Stephen Curry’s ankle issue in the defeat to the Clippers as the superstar point guard is confident it will not prove a major setback.

Curry’s outstanding run of form was checked in Wednesday’s 108-101 reverse at Chase Center.

The two-time NBA MVP had scored a career-high 62 points against the Trail Blazers and then added another 30 versus the Kings in the Warriors’ past two games. Yet Curry contributed only 13 points against the Clippers, bringing his season average down to 29.6, and shot 1-of-6 from beyond the arc.

More concerning, Curry was not able to finish the game as he complained of an ankle problem in the fourth quarter and exited with just over a minute remaining.

But head coach Steve Kerr had positive news for Golden State fans, who have already seen Klay Thompson condemned to another long-term layoff after the team’s 2019-20 season was wrecked by injury woes.

“He did tweak it. He told me it’s not serious,” Kerr said on Wednesday. “He’ll come in tomorrow and get treatment and we’ll check it out. The good news is Steph does not think it’s anything too serious.”

The Warriors had led earlier in the fourth quarter despite Curry’s failure to make an impact, with each of their five starters finishing with a negative plus/minus.

Kerr’s second unit instead led the way, as Eric Paschall scored 19 points in 20 minutes, but the Golden State coach paid tribute to the Clippers’ defensive effort.

“There was not a ton of rhythm or flow,” he said. “We played a team that’s going to be — at full strength, like they were tonight — one of the best defensive teams in the league, with a ton of length. They did a really good job. I thought they played an excellent defensive game. They hounded Steph and we couldn’t find a rhythm.”

Kerr reserved praise for his own defense, too, describing Draymond Green as “the best defensive player in the world” after he weighed in with six defensive rebounds and two steals.

READ  What channel is Leigh Wood vs. Michael Conlan on tonight? How to watch, buy 2022 boxing fight

And the coach suggested this was a key reason for a slow start to the game, although he was asked if the riot on Capitol Hill earlier in the day had also contributed.

“There was a strange energy in the air at the beginning of the game and that may have been a factor,” Kerr said, having addressed the issue at length prior to tip-off.