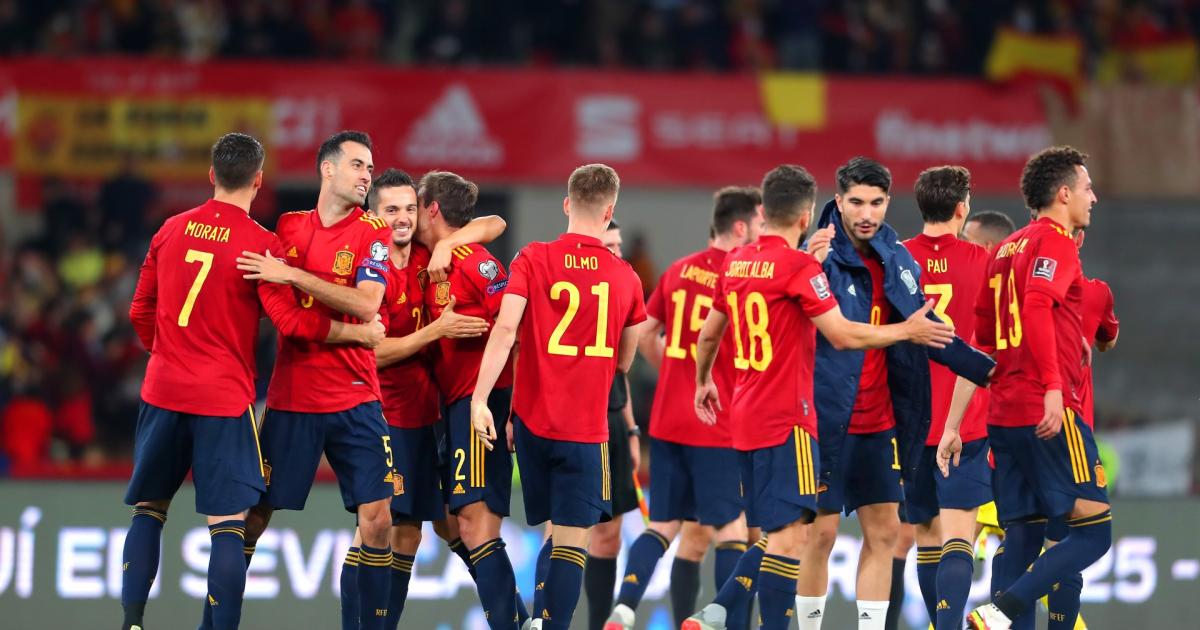 The World Cup winners in 2010, Spain were rather disappointing at the following two tournaments, but they will be determined to excel in Qatar as the roster begins to push forward exciting young talent.

There are some exciting youngsters who have broken into the Spain setup, which bodes well for the future.

Spain were impressive in qualifying for the World Cup but they lost to France in the final of the Nations League and their squad isn’t quite as experienced as it was previously.

They will certainly be among the favorites in Qatar, but Spain aren’t quite the same force that they once were.

There is the possibility that France could face Germany (who are likely to be in Pot 2) in the group stages, while CONCACAF sides Mexico and the United States are also possible opponents for Spain.

Serbia are in Pot 3 and could be drawn, but only should another European team not also be pulled before in Pot 2. In Pot 4, the likes of Canada and Ecuador pose a threat, but again, the rules of the draw could dictate if those teams are available for selection once Pot 4 commences.

Given that they are in Pot 1, Spain are set to avoid Qatar, Belgium, France, Brazil, Argentina and England in the group stages, plus Italy if they qualify.

Spain’s squad may not be as strong overall as it previously was but there are some very exciting young prospects who are establishing themselves on the international stage, including Barcelona trio Pedri, Gavi and Ferran Torres. Winger Ansu Fati will also hope to be fully fit for the tournament in Qatar, while Adama Traore’s January move to Barcelona also sees the former Wolves winger back in the Spanish league.

Spain may not be quite as dynamic as they were in the past but they can still cause many problems for opponents with their passing and creativity. The experienced David De Gea and Sergio Busquets have been left out of the latest squad, which indicates something of a changing of the guard moment.

Midfield has often been a strong area for Spain and that remains the case as they are able to call upon a mixture of experienced players and talented youngsters.

Spain aren’t the most prolific of teams, and they may not be able to compete with some of the other leading nations in terms of attacking firepower.

Who is Spain head coach?

After a successful career as a player, Luis Enrique has managed major clubs such as Barcelona and Roma, and he is currently in his second spell in charge of Spain. He took over again in November 2019 having previously left for personal reasons. Enrique is known for preferring quick transitions from defense to attack.

Spain qualified comfortably for the World Cup as they finished top of qualifying Group B, four points ahead of their closest challengers Sweden.

Spain won the World Cup for the first time in their history in 2010, with their previous best finish coming in 1950, when they were fourth.