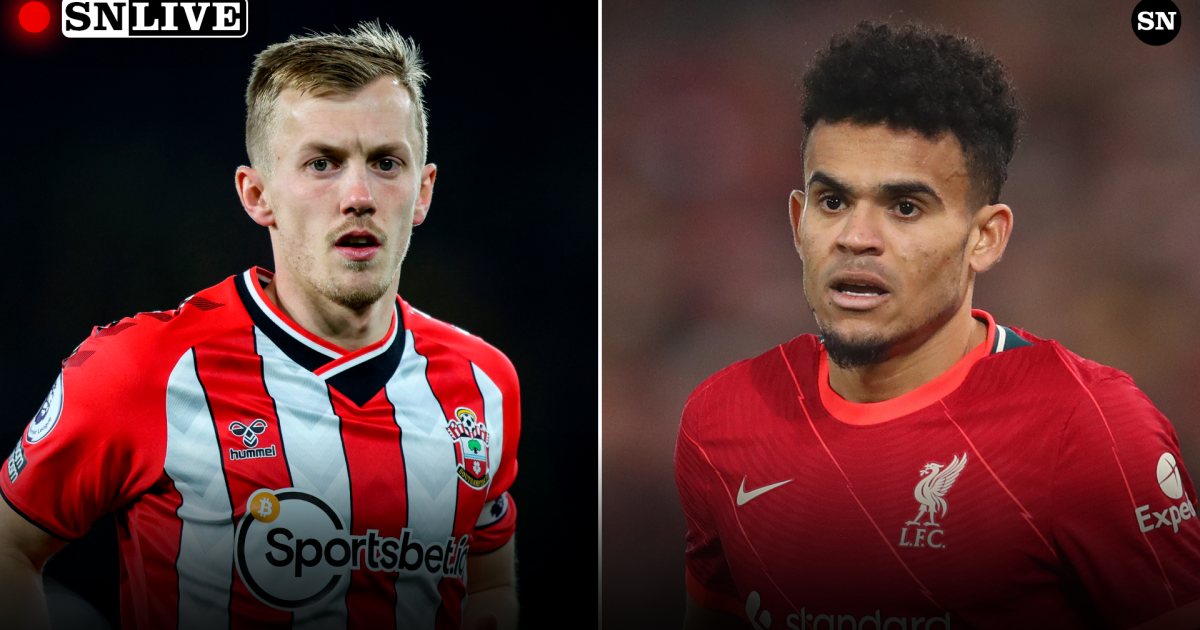 Man City made its move, and now Liverpool must match as the Reds hope to keep their Premier League title hopes alive with the season’s penultimate match against Southampton at St. Mary’s Stadium on Tuesday.

Liverpool, four points back in the Premier League title race, have a game in hand, needing a result to keep the hopes of a quadruple intact. A draw technically leaves Liverpool alive in the title race, but the chances would be considered remote. For all intents and purposes, this match is a must-win for Liverpool.

The Reds could also use a healthy haul of goals, and will be looking to pile on the pressure against a Southampton team that’s occasionally prone to shipping a crooked number. Liverpool is behind Man City on the goal difference tally, and in such a close race, making up that difference could prove critical in the case the clubs are even on points.

Southampton sits 15th in the standings, suffering through a poor run of form to finish the season, but the Saints are firmly safe from relegation, not in danger of the drop.

60 mins to kick: Lineups are in. Jurgen Klopp was expected to rotate his Liverpool lineup to some extent, but he’s essentially deployed an entirely second-choice starting eleven.

105 mins to kick: Southampton have lost eight of its last 11 Premier League matches, with just one win in that span. Can the Saints put up a fight against Liverpool, or will they succumb to the Red machine and become a footnote in a vicious title race?

120 mins to kick (5:45 p.m. local): The match tonight is a must-win for Liverpool in the Premier League race; only a loss eliminates them mathematically from title contention, but a draw just about shuts the door as well.

While Liverpool are still expected to roll against Southampton, a few missing starters such as Mohamed Salah and Virgil van Dijk could give Reds fans just a slight amount of worry…

🔴 Liverpool’s Premier League record with / without Virgil van Dijk starting since he joined from Southampton:

😲 A win percentage drop of 𝟭𝟵.𝟵% when he doesn’t start… pic.twitter.com/ucSArtSEa5

Southampton is without Tino Livramento who tore his ACL in late April. However, the recent team news is more positive. While Southampton is one of the healthier teams in the Premier League at this point, a number of players expected to return for this match have not.

Stuart Armstrong and Fraser Forster were thought to have recovered from their knocks, but neither appears in the starting lineup. Armstrong makes the bench, while Forster does not appear in the squad.

Oriol Romeu has been a workhorse this season but sees the bench for a second straight match, while Che Adams has also failed to reclaim his starting role. Instead, it’s Mohamed Elyounoussi who comes into the attack alongside Nathan Redmond and Armando Broja.

Jurgen Klopp had a number of decisions to make, knowing the chances of a Premier League title hang in the balance, but also aware of the upcoming Champions League final on May 28. Any importance placed on the remaining two league matches could jeopardize the health of players for the European title match.

READ  Which teams are in the 2022-23 UEFA Champions League? Confirmed clubs, qualification rules and exceptions

That was evident when Liverpool saw Fabinho and Mohamed Salah limp off in consecutive matches last week, and Virgil van Dijk is also now dealing with an injury problem. While they are all expected to recover in time for the Champions League final, their health has been considered by Klopp in this match, knowing the Premier League title might be just too far out of reach to justify their presence.

Salah and van Dijk in particular were ruled out by Klopp pre-match, and Fabinho’s participation in league play at all is in serious doubt, leaving today’s game too soon for his return.

Klopp has gone even further, selecting an entirely second-choice starting lineup. The only regular starters in the 11 are Diaz, goalkeeper Alisson, and center-back Joel Matip. Otherwise, the entire squad has been rotated, with even Luis Diaz rested. That leaves room for a pair of young midfielders in Curtis Jones and Harvey Elliott.

How to watch Southampton vs. Liverpool

UK: The match between Southampton and Liverpool is available in the UK on Sky Sports Main Event, and streamed on NOW TV.

USA: Tuesday’s match at St. Mary’s Stadium is available in the United States on USA Network (English) and Universo (Spanish), both of which can be accessed via fuboTV via a free trial for new users.

Canada: In Canada the match is available via DAZN.

Australia: Fans in Australia can watch the match on Optus Sport.

Liverpool will be resting a number of players in this match, not necessarily conceding the Premier League title, but placing it below the Champions League on the priority list. Still, there’s a clear objective today for the Reds: not only win, but win by as many goals as possible.

Southampton are no pushover, with a top coach in Ralph Hassenhutl and an elite player in James Ward-Prowse, but the depth is not there, especially defensively. This Saints side has shipped 15 goals in its last six league matches, dating back to a 6-0 walloping at the hands of Chelsea. Last time these two teams met it was 3-0 by halftime, and this time, if that happens again, the Reds won’t shut it down through the final 45 minutes.

Liverpool should feast, and while the lack of starters is enough to make the high over total a questionable bet, the Liverpool spread should be more than enough.