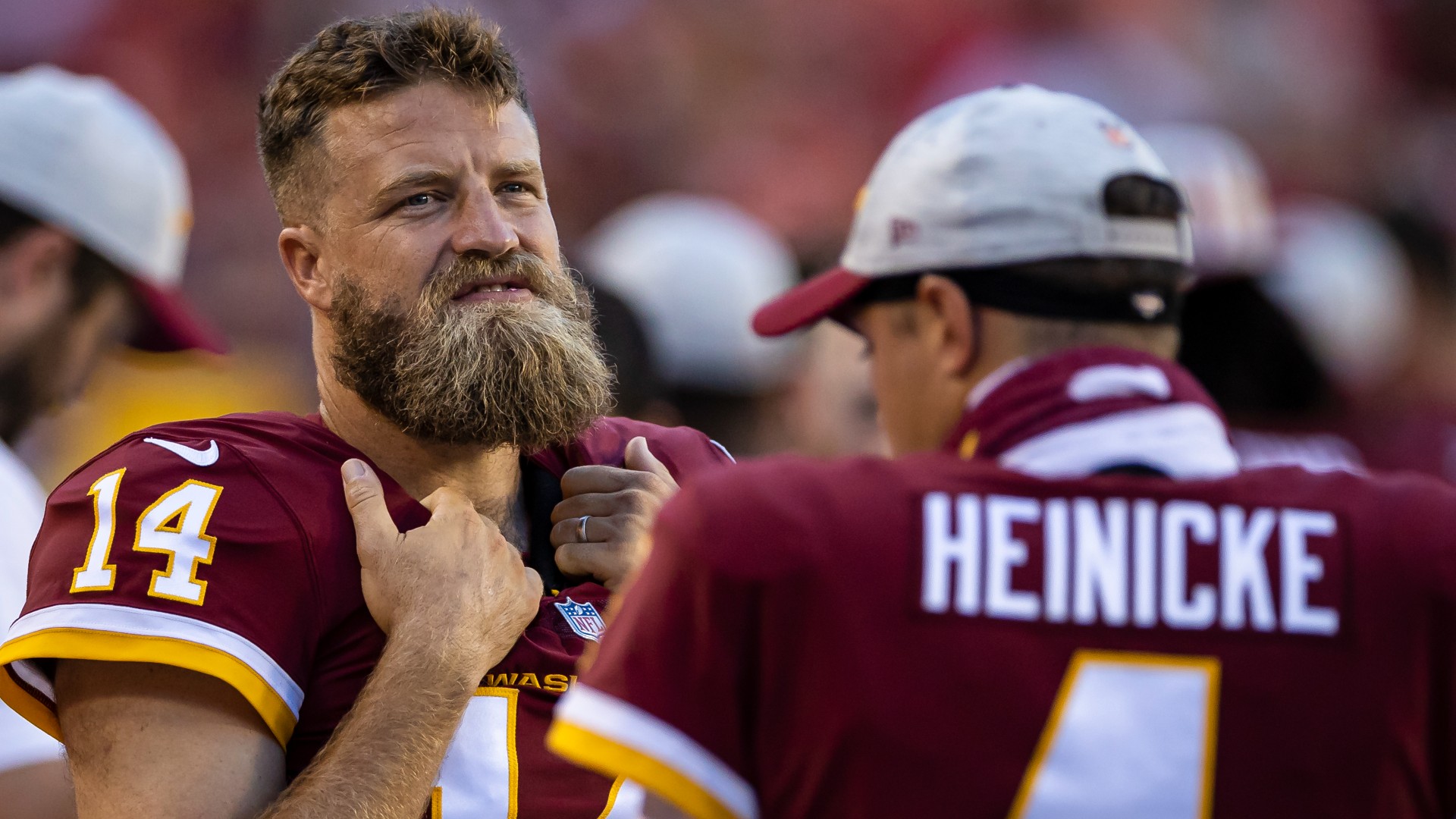 Ryan Fitzpatrick suffered a hip injury during the Washington Football Team’s 20-16 loss against the Chargers on Sunday. It looks like that injury will keep him out for Week 2 and beyond.

Fitzpatrick won’t play on “Thursday Night Football” against the Giants. In fact, he will miss at least three games after being placed on IR, per NFL Network’s Ian Rapoport. However, the good news is that there’s “no indication” that the injury — deemed a hip subluxation — is season-ending.

Washington Football Team QB Ryan Fitzpatrick did suffer a hip subluxation, the MRI confirmed. He’ll be placed on Injured Reserve, source said, but no indication yet that it’s season ending.

Taylor Heinicke will start in Fitzpatrick’s absence. Heinicke went 11-of-15 passing for 122 yards and a touchdown in relief of Fitzpatrick against the Giants. He also ran three times for 17 yards.

Heinicke is best known for his performance in relief of an injured Alex Smith during last year’s wild card round. Heinicke threw for 306 yards, a touchdown and an interception in just the third start of his NFL career, and his first in more than two years. He also ran for 46 yards with an unforgettable rushing TD in that contest.

Fitzpatrick’s injury will now shake up Washington’s depth chart. Here’s an updated look at who the team has at the position.

Heinicke, 28, is light on experience, as he has made just two career starts since entering the league in 2015. He has an 0-2 record and has completed 62.5 percent of his passes for 895 yards, four TDs and four interceptions during his career. He also has run for 118 yards on 18 carries.

Allen, 25, has been in the NFL since 2018. He signed with the Panthers as an undrafted free agent out of Houston and is in his fourth season under Ron Rivera. He has a 7-10 record as a starter and has totaled 4,198 passing yards, 23 touchdowns and 17 interceptions during his career.

Allen will serve as the backup to Heinicke. However, he was ahead of Heinicke on the depth chart last season before suffering a season-ending leg injury during his fourth start. If Heinicke struggles, Allen could see some action.

Shurmur, 24, has never played a snap during the NFL’s regular season. He has spent time with the Chiefs (2019) and Bengals (2020) during his career. Washington signed him to the practice squad in wake of Fitzpatrick’s injury.

Shurmur is the son of Broncos offensive coordinator Pat Shurmur, who served as the head coach of the Browns from 2011 to 2012 and the Giants from 2018 to 2019.