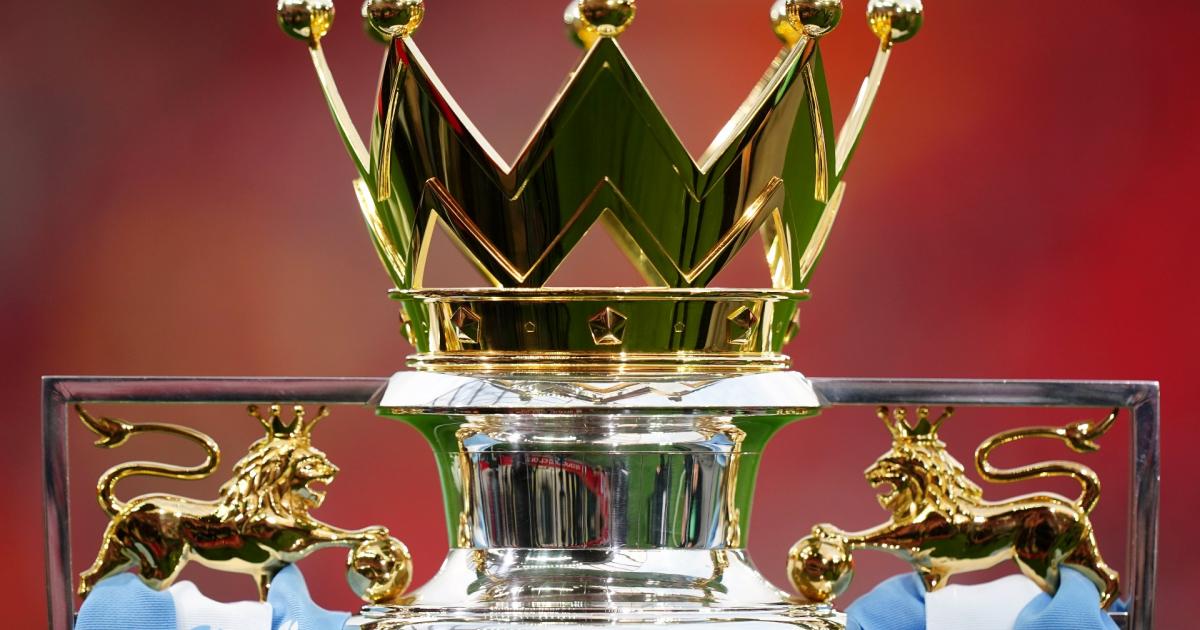 There are places up and down the Premier League table that are hotly contested with a little over a week remaining in the season.

Man City once had a commanding lead at the top, but Liverpool have made a run in the second half of the season and they’re just three points out with two matches remaining. The Reds are the only team standing in the way of Pep Guardiola’s fourth title in the last five seasons.

Other spots throughout the table are just as important, with teams fighting for Champions League and European places, while others are battling to avoid relegation.

A snapshot of each race follows below (Note: Tables are updated as of matches on Sunday, May 15).

Manchester City have a three-point lead over Liverpool with just two matches remaining. On top of that, Man City also have a ballooning goal difference edge over the Reds (+72 to +65) after a lopsided 5-0 win over Newcastle on May 8 and a 5-1 win over Wolves on May 11.

Liverpool is now needing Man City to lose once in its final two matches to have a shot (two draws would likely be their preference) after the Reds were held to a 1-1 draw at Anfield by Tottenham on May 7. Jurgen Klopp’s men need City to stumble in order to find a way to the top.

With only days remaining in the season, FiveThirtyEight tips City to win the title (93 percent chance, up from 84 percent) compared to Liverpool’s 7 percent to claim the title.

The race for Champions League berths — only four spots are available and they go to the top four teams in the table — is probably the most fascinating, with just one spot remaining up for grabs.

Man City and Liverpool have officially clinched top-four spots, while Chelsea are given over a 99 percent chance to finish there by FiveThirtyEight. The fourth and final Champions League qualification spot is the one everyone has their eyes on. Tottenham and Arsenal are the candidates, with Manchester United officially eliminated.

Massive wins over rivals Chelsea, Man United and West Ham boosted the Gunners’ chances from 33 percent to 80 percent. Tottenham were once at 63 percent to finish fourth, but a recent home loss to Brighton and a draw at Brentford had dropped Spurs to 20 percent even after their draw at Anfield.

However, the North London derby turned that all around. With the resounding Spurs win, Tottenham pulled within striking distance. They still need Arsenal to slip, but a softer remaining slate sees FiveThirtyEight still give Spurs nearly a 50-50 chance.

* = Teams that finish in 3rd and 4th place join the 1st- and 2nd-place teams in the UEFA Champions League group stage.

In addition to the four Champions League spots, there are three other European berths:

However, since the FA Cup and League Cup winners will have both already qualified to the Champions League based on their top four finish — Liverpool won the League Cup (Carabao Cup), and one of Chelsea or Liverpool will win the FA Cup on May 14 — the berth automatically assigned to each domestic cup winner is transferred to the next highest team in the Premier League standings that has not already qualified for a European competition.

With today’s Premier League revenue streams, suffering relegation from the English top flight is a costly proposition. This year the race is tight to avoid the final trap door to the second tier.

Norwich City became the first team to mathematically suffer relegation with four matches remaining and they were joined by Watford a week later. Both sides will be heading right back down to the second-tier Championship, just one year after earning promotion.

* = The bottom three teams are relegated to the second tier Championship.

The third and final relegation spot will be occupied by Everton, Leeds or Burnley, with the Clarets and Toffees earning big wins in recent weeks to maintain hope, while also having a game in hand on Leeds. The quest for Premier League survival is likely to come down to the final day.

According to FiveThirtyEight, it’s Leeds that have the greatest chance of going down (65 percent, up from 18 percent just a few weeks back). After wins over Chelsea and Leicester City, Everton have slashed their chances to 6 percent (down from 26 percent). Meanwhile, Burnley are at 29 percent to go down (up from 21 percent) with their final three matches coming at Tottenham, at Aston Villa and against Newcastle.