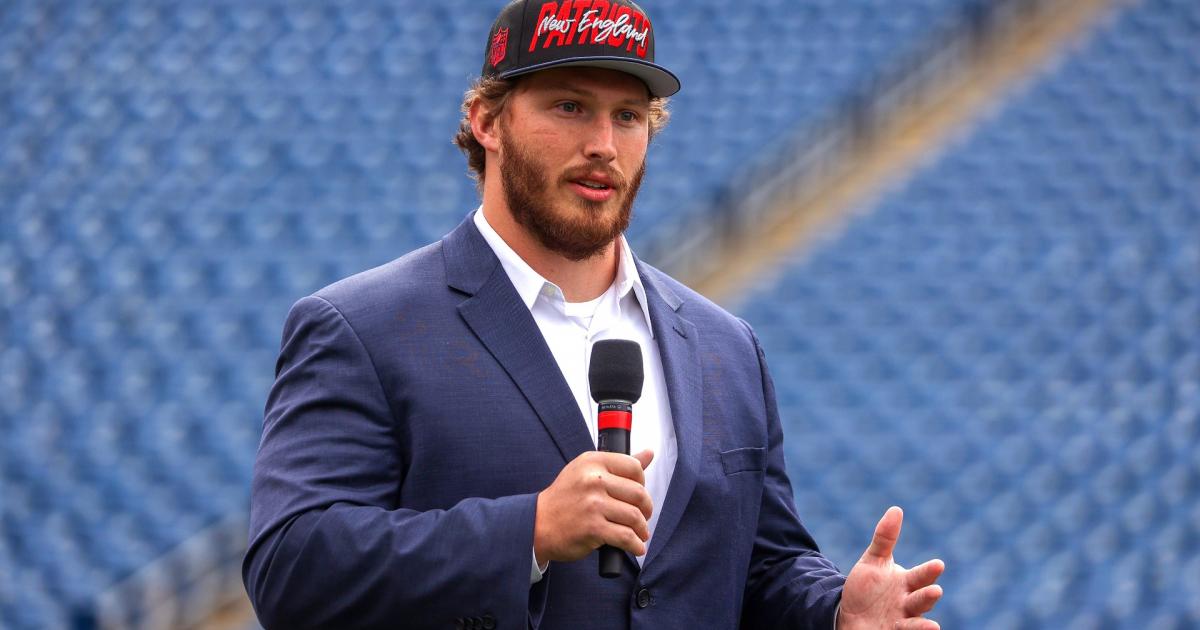 Many who watched the 2022 NFL Draft were surprised when it was announced that the Patriots had selected UT-Chattanooga guard Cole Strange with the 29th pick in the draft. That included Strange himself.

MassLive reported that when Strange’s phone began to ring at 11 p.m. ET, Strange thought there was a chance that his friends might be playing a prank on him, his dad, Greg Strange, said.

“[Cole] said, ‘Sir, I don’t mean to be disrespectful at all, but I’ve gotta know because I’ve got some crazy friends. Is this a prank?’ The guy said, ‘Hold on just a second.’ And then Bill Belichick got on the phone and of course, unless you’ve been under a rock for the last 20 years, you know Bill Belichick’s voice,” Greg Strange said.

READ  LeBron James on moment with Michael Jordan at NBA 75 celebration: 'I didn't want to lose out on the opportunity'

Strange was considered one of the top offensive guards in the draft, but the selection coming in the first round stunned many. The Sporting News’ Vinnie Iyer listed Strange as the No. 93 prospect in the 2022 class and had him going 90th overall to the Titans, which was in the third round of the draft.

It wasn’t just NFL analysts that were surprised about the selection. Rams coach Sean McVay and general manager Les Snead had a viral reaction to the pick in which they expressed surprise at seeing him go so early in the draft.

“How ’bout that? And we wasted our time watching him thinking he’d be available at (No.) 104 maybe,” McVay said.

Rams reaction to Patriots selection of Cole Strange at #29.

McVay later explained that he was hoping Strange would be available when the Rams made their first selection of the draft at pick No. 104, and that they liked Strange and were hoping to draft him. The Rams wound up selecting Wisconsin guard Logan Bruss with the pick.

MORE: Ryan Fitzpatrick explains how a snubbed handshake from Tom Brady capped off his favorite win

The Patriots’ video of the front office making the selection doesn’t have Strange’s call recorded on audio. Director of football/head coach administration Berj Najarian makes the call to Strange and tells him that he will be handing the phone off to Belichick.

The Patriots’ head coach tells Strange the team is going to be selecting him with the pick before passing the phone on to owner Robert Kraft.

“As soon as I heard Bill Belichick’s voice, Cole and I both started screaming and hugging and acting crazy. Probably saying a bunch of inappropriate stuff. We were so excited,” Greg Strange said. “To his credit, you’ve gotta love the guy, Belichick is sitting there and when he got through, the first break he had, he said, ‘Hey Cole, you’ve gotta act like you’ve been there, man.’ It was classic to us. We absolutely loved it.”