Patrick Mahomes’ mom was not pleased with hit that injured QB: ‘Trash football’ 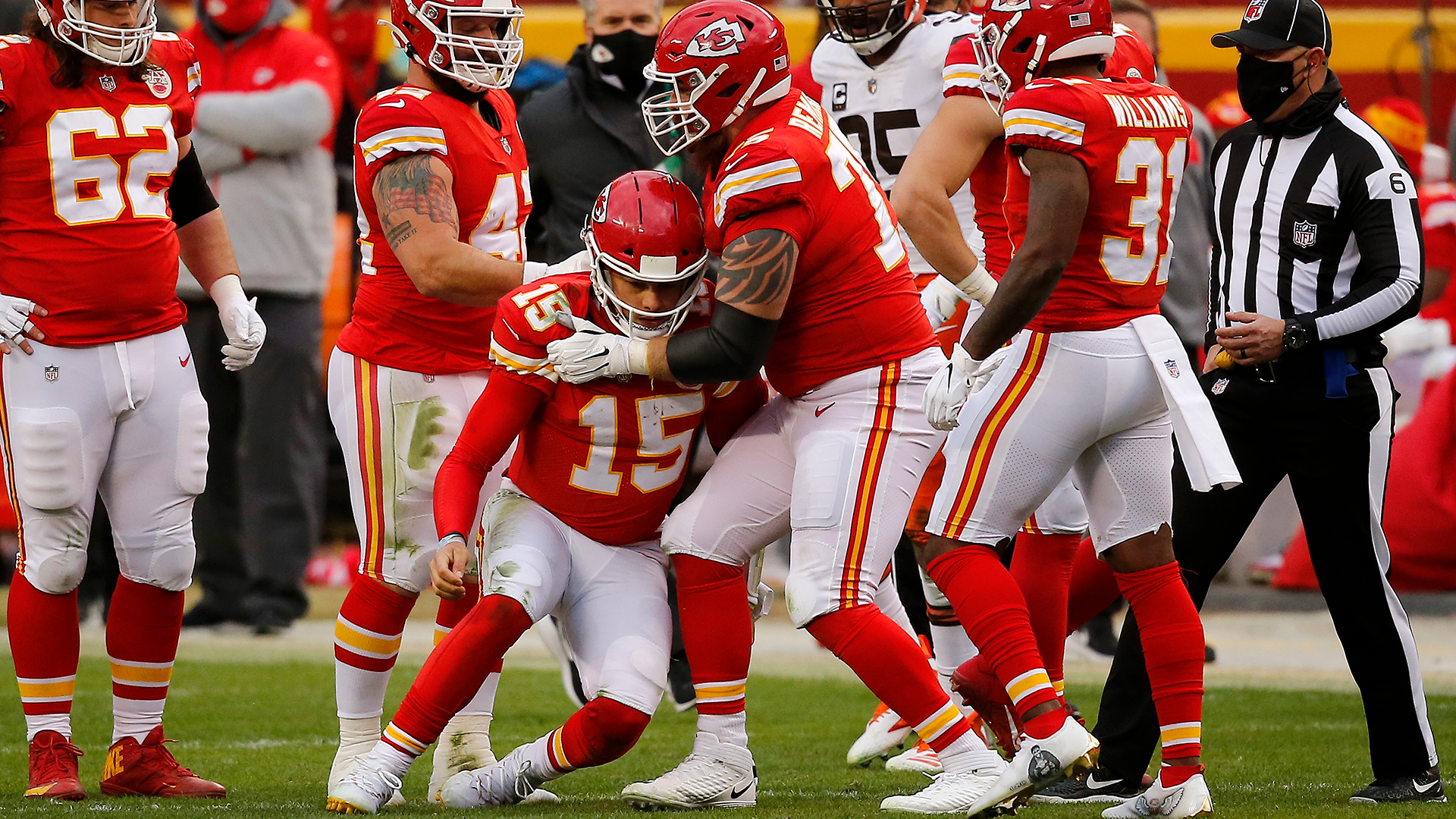 Randi Mahomes, mother of Chiefs quarterback Patrick Mahomes, was like all viewers watching the QB struggling to get to his feet on Sunday afternoon: concerned, worried and a little angry by Mahomes’ departure from the field.

But momma Mahomes took it a step further and took to Twitter to question the hit that sidelined her son — and berate the player who made it in the same 240 characters:

#51 Wilson that’s some trash football leading with helmet, pulling his head and pushing helmet.. why are you not thrown out!?? Come on NFL

“#51 Wilson that’s some trash football leading with helmet, pulling his head and pushing helmet.. why are you not thrown out!?? Come on NFL,” the tweet reads.

MORE: Could superstar QB Deshaun Watson be on the move? What you need to know

Mahomes took a hit from linebacker Mack Wilson that left him woozy and wobbly as he tried to get to his feet, eventually needing help from KC medical staff to get off the field. Mahomes would enter concussion protocol and his status for this Sunday’s matchup vs. the Bills is uncertain.

There was no flag on the play, as it was unclear what rule, if any, Wilson violated on the hit. Slow motion replays revealed that Wilson’s helmet made contact with Mahomes’ shoulder pads. Most viewers chalked up the incident to just playing football.

Mahomes didn’t harbor any ill will toward Wilson, who reached out to apologize after the game:

The Chiefs would go on to win on Sunday with heroics from backup QB Chad Henne, who helped punch Kansas City’s ticket to the AFC Championship game.