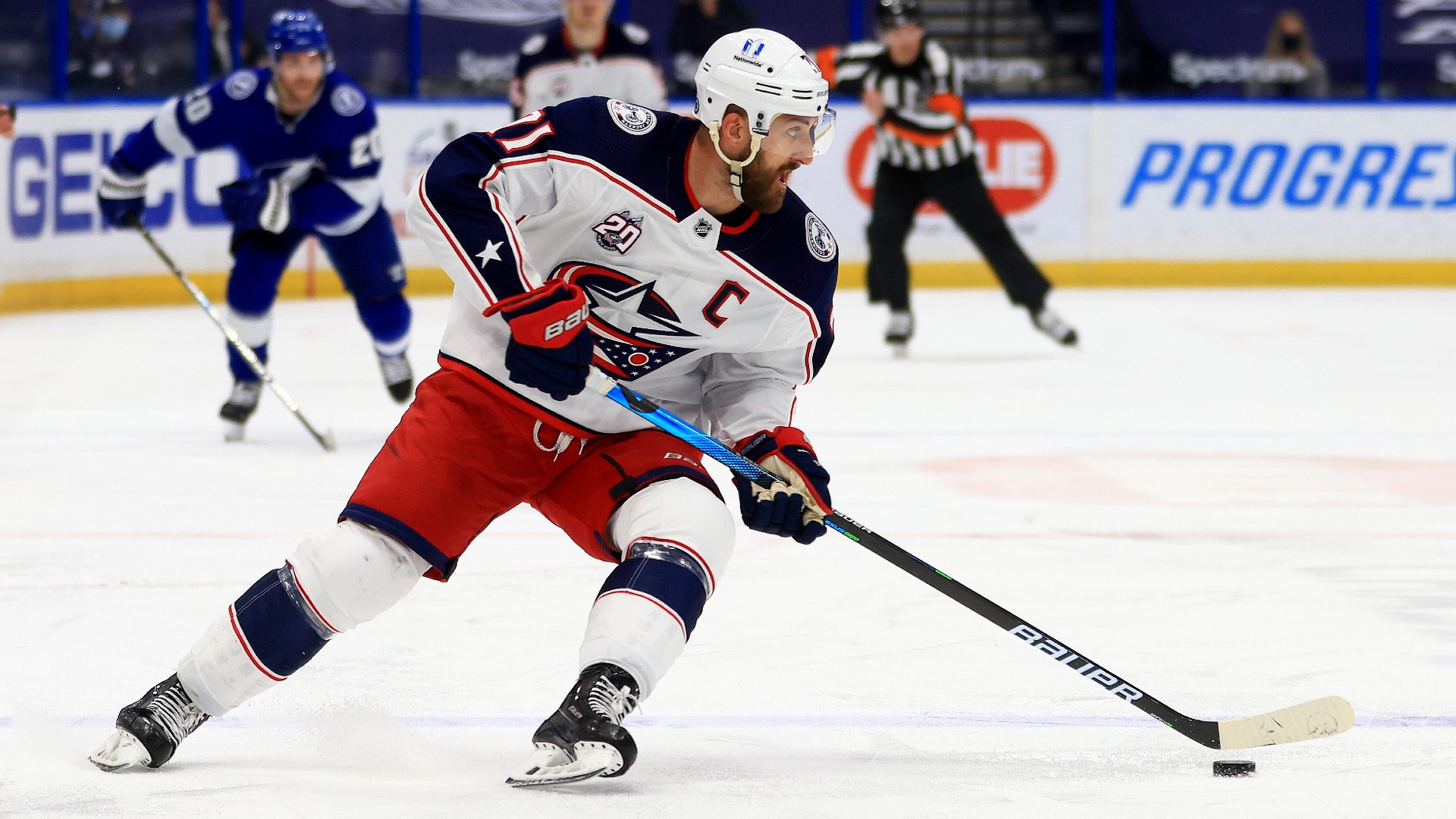 Maple Leafs general manager Kyle Dubas is always tinkering with his roster. In the offseason, he signed veterans Joe Thornton and Wayne Simmonds. In mid-February, he added Alex Galchenyuk and the reclamation project was skating on the top line Saturday night. Two days ago, Dubas added Riley Nash.

As Dubas told TSN’s James Duthie recently: “It’s no secret that we are going to be a team that is going to be looking to acquire players at the deadline.”

Well, with less than 24 hours remaining in the NHL’s 2021 trade season, Dubas added another versatile veteran forward in Blue Jackets captain Nick Foligno. The move was part of a three-team trade with the newest term in hockey, a “broker team” utilized to complete the deal because of that pesky thing known as the salary cap.

Here is how the teams did:

2021 fourth-round pick, and San Jose will retain half of the remaining 50 percent of Foligno’s contract

As the “broker team,” San Jose basically nabbed a fourth-round pick to help out the Leafs. According to CapFriendly, the Sharks had more than $10.5 million of cap space and will retain $1.375 million of Foligno’s contract.

The #SJSharks retained $1.375 million of Foligno’s contract (he is a pending UFA). Noesen was making $925,000 this season. Not a complete wash, but the Sharks certainly have more deadline cap space (just over $9 million, per @CapFriendly) to do another similar deal.

Of course, there were high expectations for the Blue Jackets entering the 2021 season. Unfortunately, things didn’t go as planned, even after trading disgruntled center Pierre-Luc Dubois to the Jets for disgruntled winger Patrik Laine. So with the team sitting in seventh place and seven points out of a playoff spot in the Central Division, they quickly became sellers.

You have to give GM Jarmo Kekalainen a lot of credit. After trading away soon-to-be unrestricted free agent David Savard on Saturday, he shipped another pending UFA in Foligno to the Leafs. He could have seen each player walk for nothing — although it’s entirely possible Foligno will re-sign with Columbus in the offseason —  but instead he ended up with something.

Sending away the heart and soul of the franchise and the team’s captain isn’t an easy move to make, but Kekalainen has put his club in a good spot for the future. With the two moves this weekend, the team now has three first-round draft picks and nine total in 2021.

“Nick Foligno has been everything you’d want in a captain, in a representative of your team and ambassador for your community. His contributions to the Blue Jackets franchise and the impact he and his family have had off the ice is immeasurable,” Kekalainen said in a press release announcing the deal. “We are grateful for everything he, (wife) Janelle and their family have done for and with us over the past nine years. Given where we are right now, this move made sense for us as an organization and for Nick.”

NHL TRADE TRACKER: List of deals completed before the deadline

The North Division leaders are poised for a Stanley Cup run and they just added a versatile, rugged forward who can be a vocal leader.

“I’m a guy that plays off my gut, my heart, and my heart was telling me this was the right move, so I went with it,” said Foligno, who had to waive his no-movement clause. “This is something I wanted to do. It just felt right so I’m looking forward to that opportunity.”

Foligno, 33, brings a gritty game and can provide a strong forecheck for a team that has more skilled forwards than grinders. As he noted, when speaking to reporters, he mentioned how dangerous the Leafs’ offense can be. Foligno is no slouch, however; he can also bury the puck as evidenced by his 203 goals (seven this year) in 950 career games with the Blue Jackets and Senators.

Where he’ll fit into the lineup, even after Day 1, is not a given because he can slot in anywhere. NHL Network’s Bill Lindsay puts Foligno on the second line with John Tavares and William Nylander. If that is his landing spot, then he should fit in nicely with the skilled duo while creating space for them in the offensive zone.

He has thrown 106 hits at 5v5 this season (per Natural Stat Trick); Jake Muzzin leads the Leafs with 65. At the same time, he also brings a strong defensive game; he has blocked 27 shots at 5v5, which would put him sixth with Toronto.

Nick Foligno (to Toronto in threeway deal with various picks and retentions) is an extremely good defensive forward. Do not expect him to score much but he will help Toronto a lot. pic.twitter.com/dCPthTeTjN

The now-former Columbus captain brings a wealth of experience as a leader, which is another key for a team that in previous years needed an extra push — such as when Foligno’s Blue Jackets sent the Maple Leafs packing from summer hockey.

“There’s a lot of great leaders in that room already, so I’m there to pull on the rope the same way as all those guys are,” he said. “I think that’s the way they trust you and you come in and just work away at it. That’s my mentality anyway. I just work as extremely hard as possible and try and pull guys along and help any way that I need to be.

The move is also a good one for Dubas, who will have to pay just 25 percent of Foligno’s contract.

Once Andersen is ready to return they must shed $2.3M to activate him, which they can do by assigning Hutchinson, Marincin and Barabanov.https://t.co/BPt2vFET34 https://t.co/0URtn6cHT1

It’ll be a while before Foligno and Noesen can join the club as they’ll both have to quarantine for seven days once they get to Toronto. Noesen, for his part, has split time between the Sharks and their AHL affiliate this season and is expected to be a depth forward.

He’ll also look familiar to fans as he’ll don No. 71 — which his dad, Mike, also wore for the Maple Leafs.