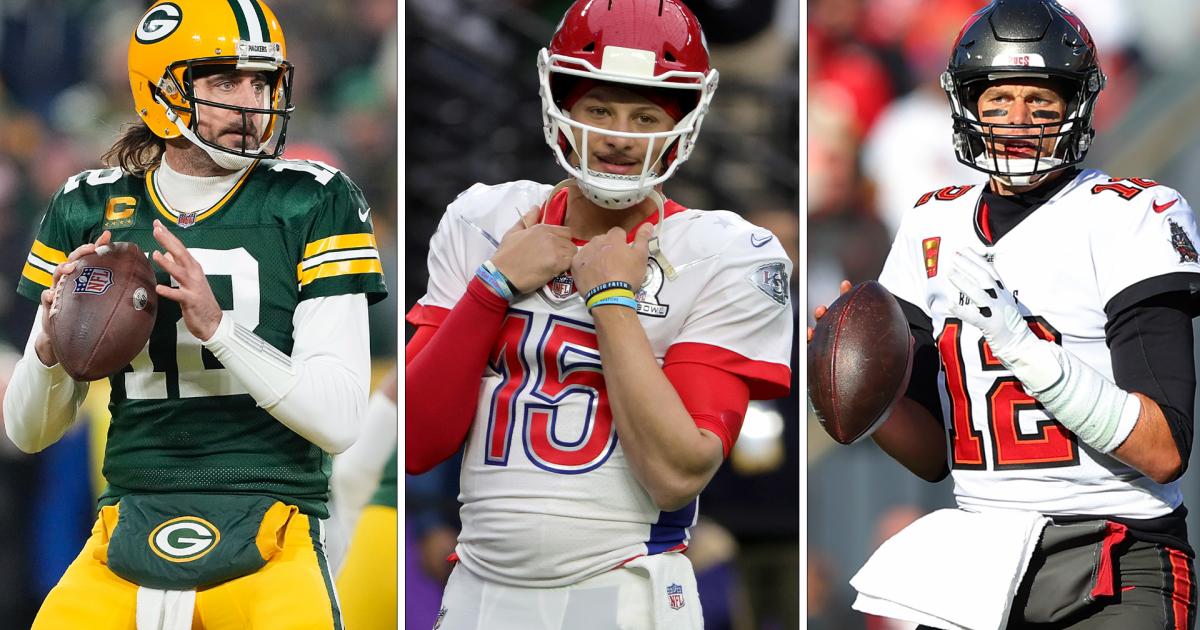 One sportsbook is refusing to count out “Touchdown Tom” — even after he retired.

Caesars Sportsbook released its 2022 NFL MVP odds on Tuesday, and it is surprisingly offering odds on Tom Brady. The former Buccaneers and Patriots quarterback announced his retirement earlier this month, but he was given 45-1 odds to win his fourth MVP award.

“If [Brady] doesn’t play, people would get their money back who bet on him,” said Adam Pullen, the assistant director of trading at Caesars Sportsbook. “Obviously people have changed their minds before about retirement, so it wouldn’t be the first time if Brady flipped.

“We made him 45-1 just to match his age. He’d be turning 45 in August just before next season starts.”

Brady, who threw for a league-leading 5,316 yards and 43 touchdowns last season, has better odds than skill position players such as Davante Adams, Nick Chubb, Dalvin Cook and Ja’Marr Chase (50-1). He also has better odds than other quarterbacks such as Kirk Cousins, Baker Mayfield and Deshaun Watson (75-1).

Patrick Mahomes and Aaron Rodgers are the co-favorites to win the 2022 MVP award. Pullen said bettors may be hesitant to put money on Rodgers with so much uncertainty about his future, and his odds could change if he leaves the Packers.

“People are already looking for bigger values anyway, so it wouldn’t surprise me if there wasn’t as much action on him like last offseason,” Pullen said. “Depending on where he goes, maybe his odds would go up slightly just with having to learn a new system and develop chemistry with new teammates.

“But if he takes a team like Denver to the playoffs, he’s going to be viewed as the reason why.”

Will Tom Brady come out of retirement?

Brady’s MVP odds might seem crazy at first glance, but he hasn’t fully closed the door on a potential return to the NFL. During a recent appearance on the “Let’s Go!” podcast, the seven-time Super Bowl champion told Jim Gray he was just going to “take things as they come.”

“I think that’s the best way to put it, and I don’t think anything — you know, you never say never,” Brady said. “At the same time, I know that I’m very — I feel very good about my decision. I don’t know how I’ll feel six months from now.”

The 44-year-old added he isn’t looking to “reverse course” right now, and he is “looking forward to doing things other than playing.”