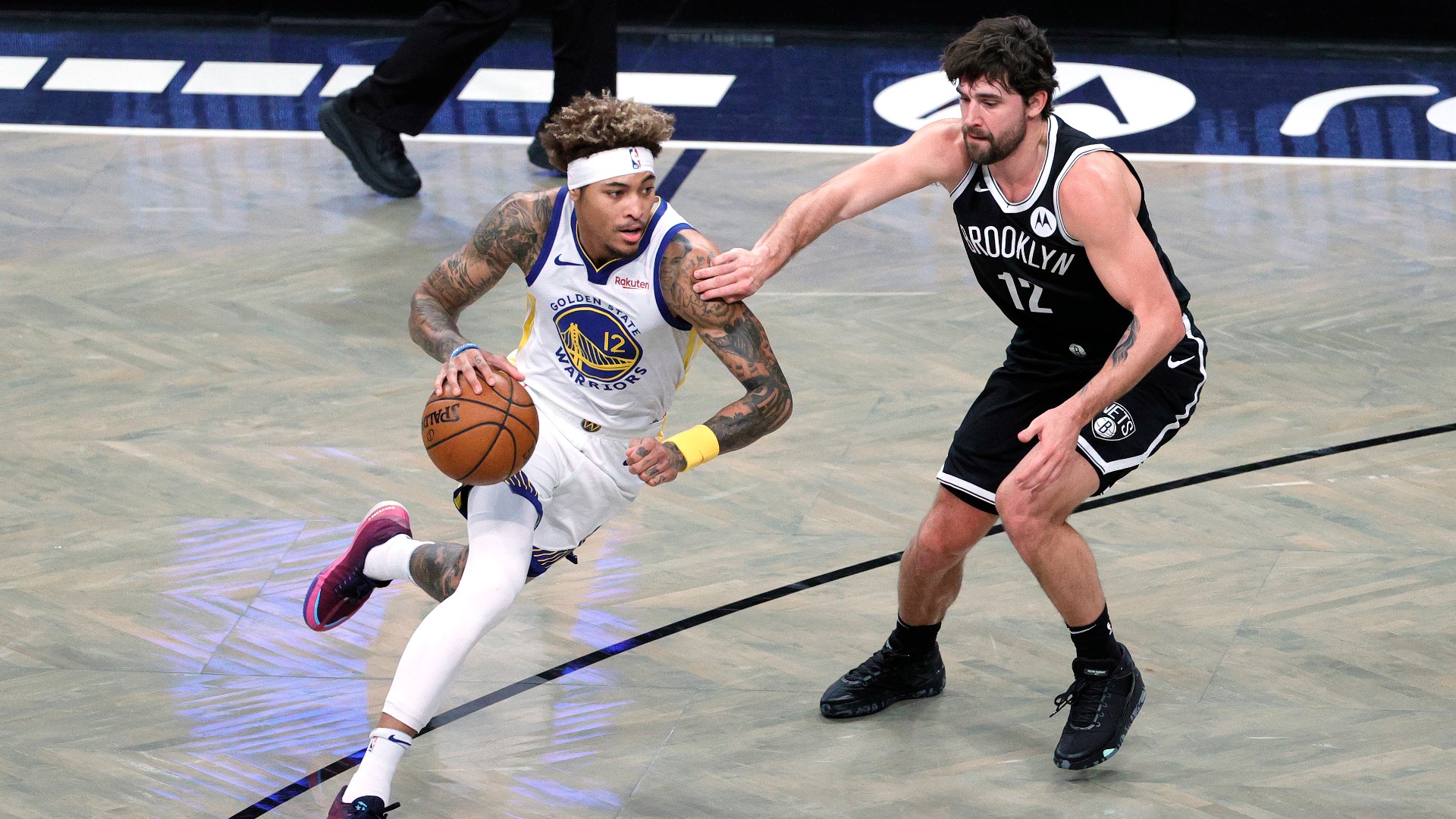 The Nets executed the biggest trade of the 2020-21 NBA season back in January when they acquired James Harden from the Rockets, but that deal didn’t mark the end of Brooklyn’s roster upheaval.

After Thursday’s trade deadline came and went, the Nets added veteran big men Blake Griffin and LaMarcus Aldridge off the buyout market. Those signings prompted Brooklyn coach Steve Nash to let out a roar during a Monday media session, a humorous response to his star-studded team suddenly being dubbed the “villains” of the NBA.

It didn’t stop there, though. Nets general manager Sean Marks reportedly had another forward in mind beyond those signings. The New York Times’ Marc Stein offered details in his latest newsletter:

The volume on complaints surely would have been higher had the Nets been successful in their attempts to trade the injured Spencer Dinwiddie for a wing player. Among the options they explored, I’m told, was sending Dinwiddie to Golden State for Kelly Oubre. Golden State rejected those overtures because it is still desperate to make the playoffs. While numerous Oubre trade scenarios came up, Golden State was not going to trade him for someone who couldn’t help the team in the short term.

Oubre, who is averaging 15.2 points per game in his first season with Golden State, would have been a decent wing option for Brooklyn with Kevin Durant sidelined, but the Warriors aren’t ready to give up on the 25-year-old just yet. As ESPN’s Ramona Shelburne reported last week, Golden State sees Oubre as a vital part of its playoff push.

“I think a lot of people thought he might be available, but we value him, too, as evidenced by not trading him,” Warriors president of basketball operations Bob Myers said of Oubre. “I know it was mentioned, which is totally fine. That’s the NBA we live in. A lot of players are mentioned. It’s harder probably on them. You can tell a player to take it as a compliment, but it’s not me or you that’s being mentioned as far as moving cities and jobs.

“But he handled it very well, and like I said, I think our actions spoke to how we view him.”

Dinwiddie, meanwhile, is not expected to return this season after undergoing right knee surgery in January to repair his ACL. The Nets haven’t exactly struggled without him, of course, as they are battling the 76ers for the No. 1 seed in the Eastern Conference.

Both Oubre (unrestricted) and Dinwiddie (player option) can hit free agency this summer, just another interesting wrinkle to this trade proposal. Is Oubre willing to play a smaller role when Klay Thompson returns? Are the Warriors prepared to pay a high tax penalty in order to keep Oubre? Would Golden State have been better off trying to re-sign Dinwiddie?

We will learn the answers to those questions in the offseason. For now, though, Oubre is still wearing a Warriors jersey.