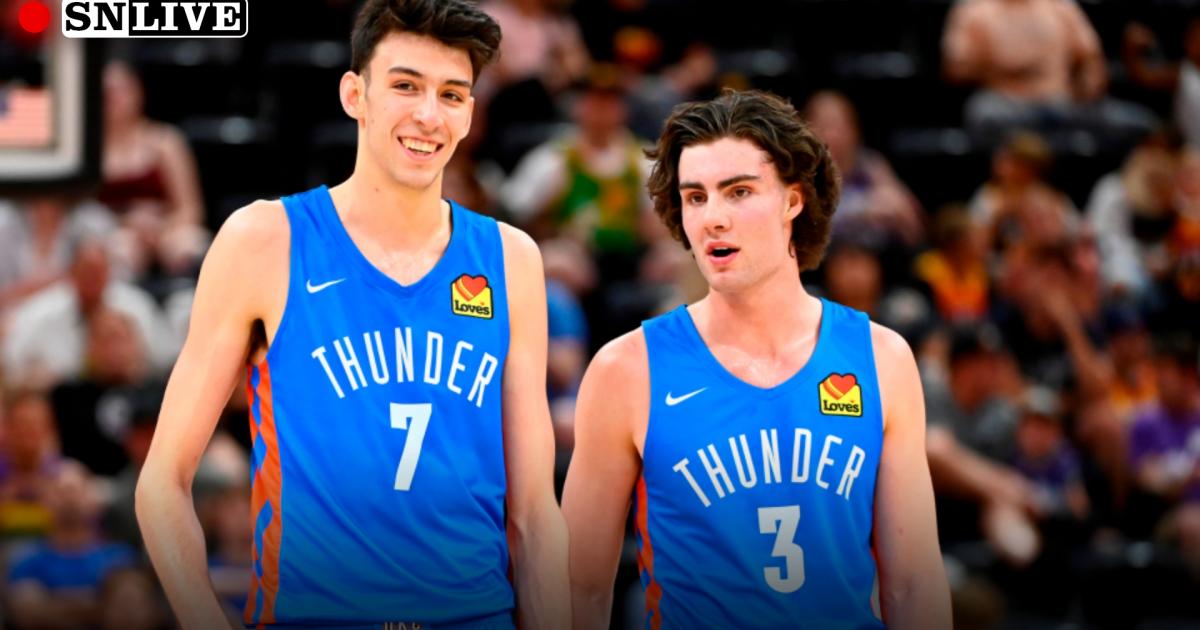 Fourteen teams will take the floor on Wednesday night as the Las Vegas Summer League moves closer to its conclusion.

The primetime matchup between the Kings and Thunder could be the highlight of the evening, as Chet Holmgren and Keegan Murray will meet on the Thomas & Mack Center court. Oklahoma City selected Holmgren with the No. 2 pick in the 2022 NBA Draft, and Sacramento snagged Murray at No. 4. (Hopefully both teams won’t bench their talented rookies before tipoff.)

Follow along right here for the latest results from Wednesday’s Summer League games.

The Timberwolves had been shooting a Summer League-worst 18.6 percent from deep prior to this game with the Bucks. They improved that to 32 percent for this game, but it still wasn’t enough to get the win. The Bucks are shooting a scorching 43.8 percent from 3-point range, the top mark in the Las Vegas Summer League, and continued that good form today, connecting on 15 of their 36 3-point attempts.

Sandro Mamukelashvili continued his good play leading the Bucks with 18 points and 15 rebounds, while Kevon Harris had 16 points, five rebounds and four assists for the Wolves.

Sandro Mamukelashvili set the tone for the @Bucks in their @NBASummerLeague win!@Mamukelashvili5: 18 PTS, 15 REB, 2 BLK pic.twitter.com/G4jrt5aL6v

Bryce McGowans led the way with 24 points for the Hornets, but LiAngelo Ball also contributed nicely with 12 points (5-of-9 shooting) and three rebounds.

For the Cavs, Ochai Agbaji top scored with 24 points to go along with three rebounds and three steals.

Bad news for the Pelicans: Second-round pick E.J. Liddell will be out indefinitely after suffering a torn ACL. The former Ohio State star suffered the injury during the third quarter of Monday’s game against the Hawks.

Tacko Time! Tacko Fall stuffed the stat sheet against the Mavericks, totaling 12 points, 15 rebounds and three blocks in a Jazz win. The 7-6 center is always a fan favorite.

READ  Celebrity owners in MLS: Mahomes, Ferrell, McConaughey and all the well-known investors in the US league

Nikola Jovic has flashed his potential during Summer League play, but he may not suit up again until the fall. The Heat rookie is dealing with a quad injury.

The Nuggets and Clippers haven’t been offensive juggernauts so far. Both teams have scored just a shade over 80 points per game. Only four teams (76ers, Hawks, Jazz and Timberwolves) have been worse in the scoring department.

How to watch every Las Vegas Summer League game

NBA 2K23 Summer League games will be played at the Thomas & Mack Center and Cox Pavilion in Las Vegas. All 30 NBA teams will participate and play five games each.

Games will be broadcast on ESPN, ESPN2, ESPNU and NBA TV in the United States. Viewers in the U.S. can also stream Summer League games on the ESPN app, fuboTV or Sling TV.

After each team plays four games, the two teams with the best records will battle in the championship game on Sunday, July 17. The other 28 teams will play their final games on July 16-17.