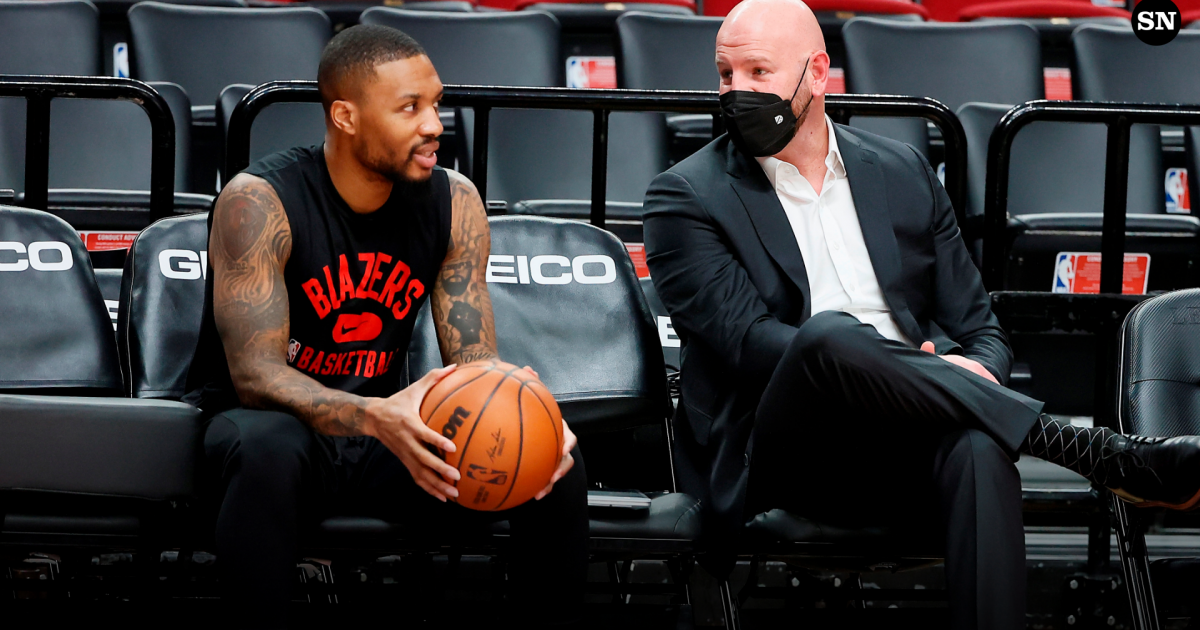 With the NBA Finals in the rearview mirror, the attention now shifts to the NBA Draft.

Taking place on Thursday, June 23, the 2022 NBA Draft is fast approaching. As such, rumors are starting to pick up about what teams may do with their selections.

Leading up to Thursday night, here’s all the latest buzz surrounding the 2022 NBA Draft.

Just ahead of the draft, Moore reported, “conversations with a few non-Timerbwolves sources today suggest a Russell trade is now even more likely – either tonight or the first week of July.”

If you want to avoid spoilers, look away. According to ESPN’s Adrian Wojnarowski, the top three picks are looking “increasingly firm” with Jabari Smith Jr. going to Orlando at No. 1, Chet Holmgren going to Oklahoma City at No. 2 and Paolo Banchero going to Houston at No. 3.

Maybe the eye emoji did mean something after all. According to Bleacher Report’s Jake Fischer, the Spurs are fielding offers for Dejounte Murray, who earned the first All-Star selection of his career this season. Their asking price? A “Jrue Holiday-like package” that has a “rough benchmark” of three first-round picks.

The Spurs have reportedly had the most significant discussions with the Hawks in a deal that would include John Collins.

Thunder looking to move up

The Thunder own two lottery picks in the draft. It sounds like they’re looking to improve the second. According to ESPN’s Jonathan Givony, Oklahoma City is said to be “aggressively pursuing trade conversations” for the No. 12 pick to move up into the mid-lottery.

Jaden Ivey and Shaedon Sharpe are reportedly among the players the Thunder are interested in.

Will the Kings trade the No. 4 pick? It sounds like it might be a game-time decision. According to Bleacher Report’s Jake Fischer, the Kings are receiving plenty of interest for their first-round pick, and teams are prepared for them to gauge all of that interest until they are actually on the clock.

According to Bleacher Report’s Jake Fischer, “league executives widely project” Jabari Smith Jr. to be the Magic’s choice at No. 1. Fischer adds that Smith and his representatives have “long expressed the most enthusiasm about joining the Magic.”

Click here for a full scouting report on Smith.

NBA insider Marc Stein reported that he’s heard “more and more lately” that the Grizzlies are trying hard to move up in the draft. Memphis owns two picks in the first round (Nos. 22 and 29).

Jerami Grant an option for Blazers

Don’t be surprised if the Trail Blazers trade the No. 7 pick. HoopsHype’s Michael Scotto reported that rival executives believe Portland will dangle its first-round pick for an immediate roster upgrade to maximize Damian Lillard’s prime and are “keeping an eye on” on Detroit’s Jerami Grant.

Grant appeared in only 47 games this season, but he was one of the league’s breakout players in 2020-21.

UPDATE: The Trail Blazers have reportedly acquired Grant from the Pistons for a protected first-round pick in 2025 and other draft assets. TSN’s Benyam Kidane graded the deal here.

MORE: Why Grant was considered ‘grand prize’ of trade deadline

Shaedon Sharpe a candidate to fall in lottery

Sharpe is expected to hear his name called early in the 2022 NBA Draft despite not having played a single game at Kentucky, but he could be at risk of slipping in the lottery. According to Bleacher Report’s Jake Fischer, Sharpe has been said to “underwhelm multiple teams in pre-draft workouts,” adding that his range may now begin at pick No. 8.

Sharpe was considered one of the best prospects in the 2021 high school class. TSN’s draft expert Kyle Irving had him at No. 5 in his post-lottery big board.