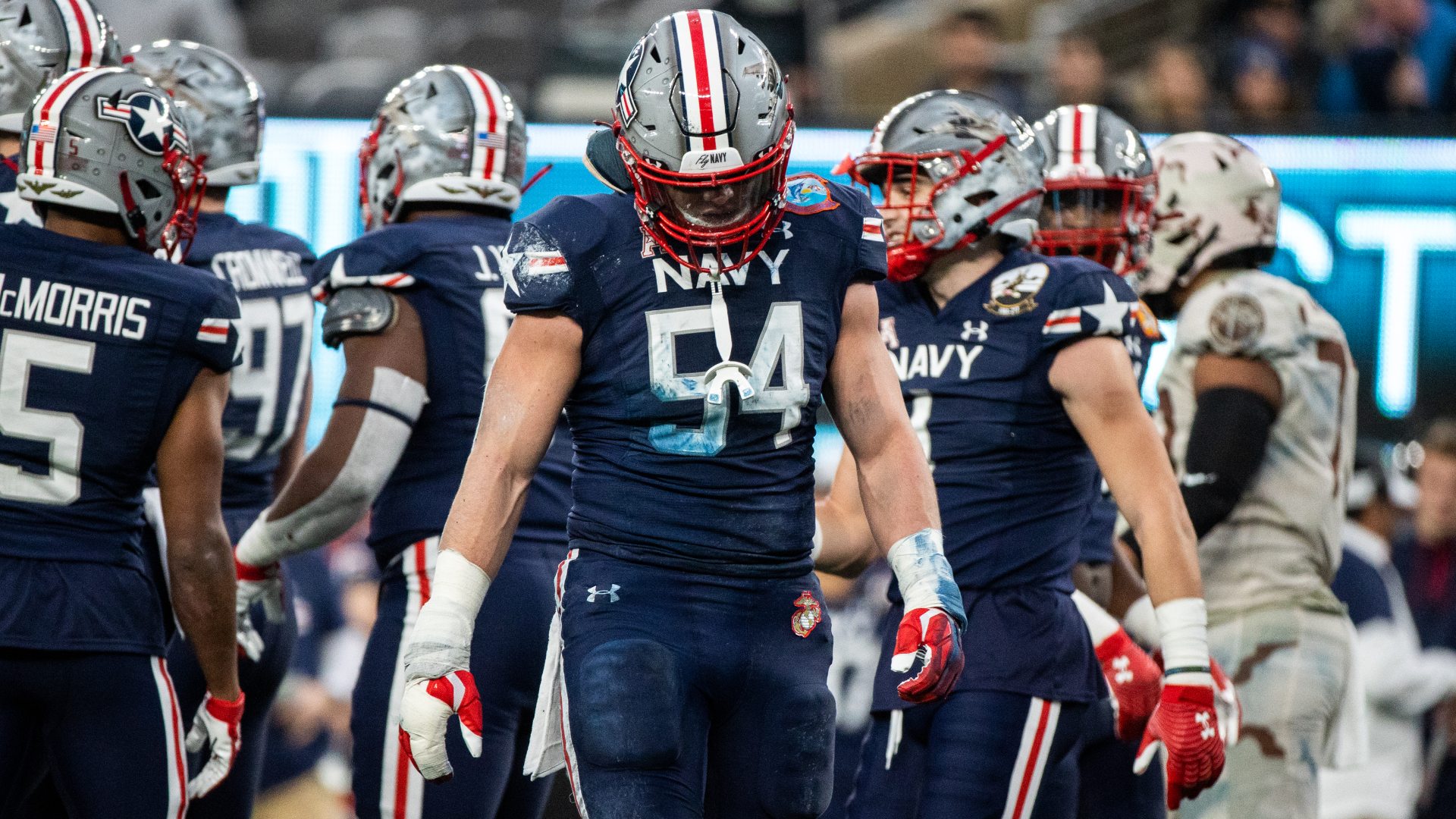 There are never any punches pulled in the annual Army-Navy game, and it appeared as if Midshipmen coach Ken Niumatalolo had dug into his bag of tricks against the Black Knights in Saturday’s edition.

On fourth-and-1 from the Navy 34, linebacker Diego Fagot took a snap from punt formation and rushed to his left, stiff-arming one defender and flipping over another defender for a 4-yard gain and a first down to keep the fourth-quarter drive alive. The Midshipmen ended the drive with a field goal to go ahead 17-13, the score by which they ended up winning.

Only, a fake punt was not the intended play.

“It was a mistake,” Niumatalolo told CBS’s Jamie Erdahl in a postgame interview. “Sometimes you’ve got to get lucky and players make plays, and (Fagot) made a great play.”

READ  Raptors' Kyle Lowry pushes back on recent trade rumors: 'The lies people tell in the media are amazing'

At first glance, the play looks no different from any other fake punt. But watching the replay, it’s clear that Fagot is surprised to see the ball arrive.

“No one asked for it. The snapper, he just snapped it to me. I wasn’t expecting it,” Fagot told Erdahl. “I didn’t know it was coming, honestly. So, honestly, I attribute that to God. I just reacted and I played football. I don’t know what else to say.”

Fagot’s run, while not drawn up to be a fake punt, ended up being the play of the game. There was still 13:30 remaining in the quarter when the ball was snapped and Navy was clinging to a one-point lead.

After the first down, the Midshipmen were able to take another seven minutes off the clock. They kicked the field goal with 6:10 remaining to take a four-point lead, forcing Army to have to score a touchdown to take the lead.

The Black Knights had two drives after Navy’s fake punt. They were forced to punt on the first one and turned the ball over on downs on the second one. Fagot had a big hand in that fourth-down stop, too, tackling Army quarterback Christian Anderson about half a yard short of the first-down marker.

Navy was able to take three knees after the turnover and seal the win, its second over Army in the past three seasons.