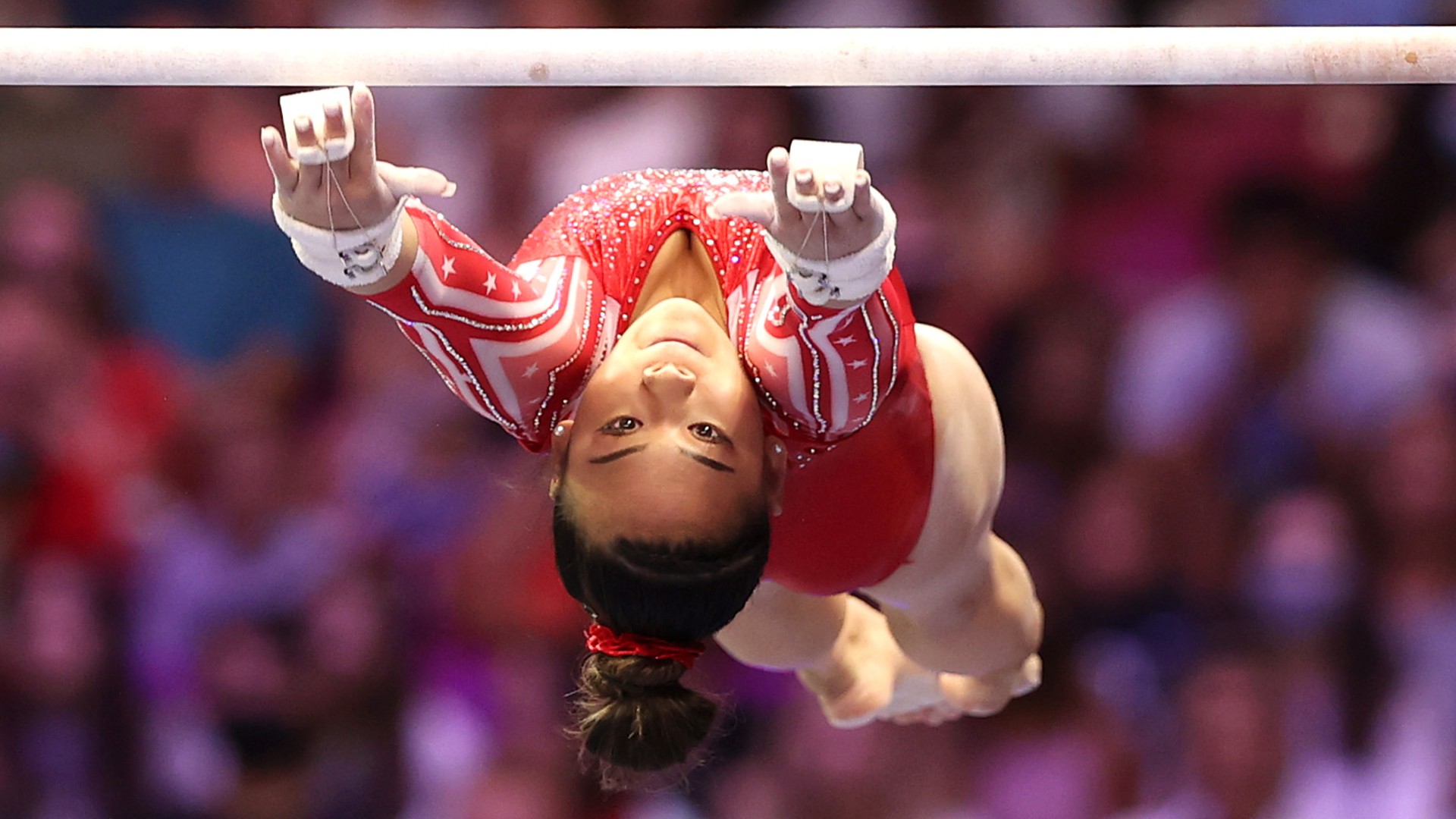 The past two years have been difficult for American gymnast Suni Lee. In 2019, her father, John, fell off a ladder while helping a neighbor trim a tree and was paralyzed from the chest down as a result. In 2020, she lost an aunt and uncle to COVID while watching her chance of competing in the Tokyo Olympics get postponed.

Those hardships — plus the COVID-forced hiatus and ankle injury she has dealt with over the last year — have given her a new appreciation for gymnastics ahead of the 2021 Olympics.

“Looking back, I think it’s helped me a lot mentally and physically,” Lee said of the Games’ year-long postponement, per “PEOPLE” Magazine. “Mentally it’s helped me because I had to take that little break from gymnastics, which is obviously hard, but it was something that needed to be done. Right now, mentally it’s helped because it makes me want this even more.”

It’s good that the 18-year-old is strong and driven, as there is some pressure on her to positively represent the Hmong community.

Lee is making history in the Games as the first Hmong American to participate in the Olympics. The Hmong people are an ethnic group that originated in Southeastern Asia including parts of China, Vietnam, Laos and Thailand. There are an estimated 9 million to 11 million of them in the world, and Lee is representing them as well as Team USA.

“When a Hmong person is able to do something, whether it’s good or bad, it reflects our entire community,” said Seng Alex Vang, a lecturer in Asian American Studies at California State University, to MPRNews.org. “Because Hmong people live in different countries as well, although she’s Hmong American, in some ways, she represents the entire global Hmong community, too.”

In particular, Lee’s participation in the Olympics is representative of some key cultural changes among the Hmong people in recent years, as outlined by Dr. MayKao Hang, dean of the Morrison Family College of Health at the University of St. Thomas.

“When I was Suni’s age, we weren’t allowed to actually participate in high school sports, much less activities that were occurring in middle school or elementary schools. Girls were thought of as children to be loved for sure, but as being in the home and assisting with families,” Hang said.

“Suni represents so much more than the athletics and the competition, the fact that she’s reached this threshold moment in her career. It’s what so many women of my generation who are in our 40s were trying to fight for when we were in our 20s because we remember what it’s like to actually be not allowed to participate in tennis or in gymnastics or just in any kind of sport.”

Lee is a symbol of pride and progress for the Hmong. She hopes to become one for Team USA as well.

The 5-0 gymnast was the No. 2 finisher at the U.S. Olympic team trials in June. She clinched an automatic bid to the Olympics along with Simone Biles after posting a mark of 115.832 during the event. She trailed Biles by just 2.2 points in the standings.

Lee earned three medals at the 2019 World Gymnastics Championships for her efforts in the team competition (gold), on the floor (silver) and on the uneven bars (bronze). She considers her strongest events to be the bars and the balance beam and believes she can help Team USA in both events during the Olympics.

“I focus more on bars and beam just because those are my strongest events, and I just try and maintain whatever I can do on floor and vault. I’m consistently training on all events,” Lee told PEOPLE. “It’s just I spend more time on bars and beam. I obviously want to perfect those and get those to be the best that I can be because those are going to be my strongest events and the two events that I could contribute to the team.”