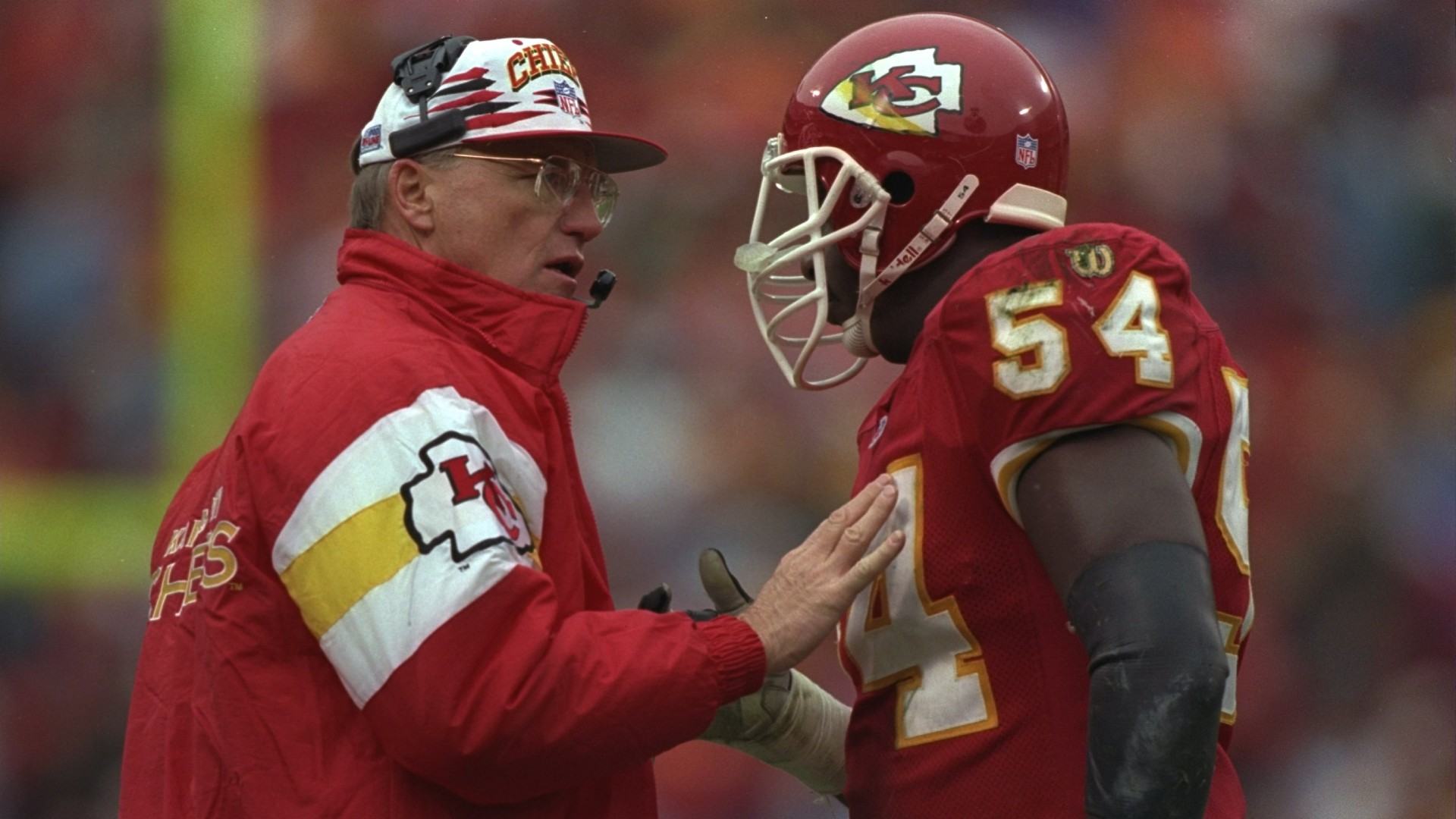 Marty Schottenheimer never won a Super Bowl, but he didn’t have too. He’ll always be a remembered as a winner.

Schottenheimer, 77, died Tuesday after a lengthy battle with Alzheimer’s disease. He won with a “one play at a time” philosophy that led to 200 regular-season wins — eighth most all time among NFL coaches.

That legacy is under-valued in retrospect, and one that will need further examination from the Pro Football Hall of Fame.

Schottenheimer belongs in the Hall of Fame based on a colorful career that stretched over three decades and four teams in the Super bowl era. He accomplished that with a detail-oriented style complete and a knack for getting the most out of his players. He had a playbook full of motivational speeches — none more popular than “The Gleam.”

Schottenheimer never experienced the shine of the Super Bowl as a head coach, a detail that should not overshadow the success he had over 20 full seasons. Schottenheimer had one losing season through stints with Cleveland, Kansas City, Washington and San Diego. He had 11 seasons with 10 or more wins and five seasons with 12 or more wins.

He brought success to unlikely places.

Cleveland had its best run of the Super Bowl era with Schottenheimer from 1984 to 1988. The Browns were 44-27 in that stretch. The Dawg Pound was born. Schottenheimer won three AFC Central Division titles from 1986 to 1988. The franchise has won one since.

That success came with back-to-back AFC championship appearances that ended in heartbreaking fashion with “The Drive” and “The Fumble” against the Denver Broncos.

Schottenheimer, however, showed what that franchise can be at max value — which is what Kevin Stefanski is finally tapping back into now.

Schottenheimer was 101-58-1 from 1989 to 1997 in Kansas City. The Chiefs had made two playoff appearances in two decades before his arrival.

“Marty Ball” worked again. The Chiefs made seven playoff appearances in 10 seasons. Kansas City made its first AFC championship game since the merger in 1993. Schottenheimer couldn’t push 13-win teams to that spotlight in 1995 and 1997 after upset losses in the divisional round.

Still, that success in Kansas City established a standard — Schottenheimer preached about a higher standard — that has elevated the franchise to its current heights with Andy Reid. Schottenheimer also groomed future Super Bowl-winning coaches Bill Cowher and Tony Dungy.

Cowher was one of the many coaches who paid tribute to Schottenheimer on Tuesday.

Schottenheimer’s one-year stint as coach and general manager with Washington in 2001 produced an 8-8 record, and that should be considered a success given that the franchise has had two winning seasons and six different head coaches since.

The last stint in San Diego took more time, and Schottenheimer had his lone losing season in 2003. The Chargers bounced back with playoff appearances in 2004 and 2006 — and the latter team finished 14-2 before losing to New England in the divisional playoffs. Schottenheimer did leave San Diego with a future Hall of Fame quarterback in Philip Rivers, who also never experienced the Super Bowl.

Rivers will end up in Canton at some point. Schottenheimer, even as a posthumous enshrine, should be there, too.

Is the lack of a Super Bowl appearance the only thing keeping him out? Paul Brown won a NFL championship, and Sid Gillman won an AFL championship. Every other modern-era Hall of Fame coach appeared in at least one Super Bowl. George Allen, Bud Grant and Marv Levy are the three who didn’t win a championship.

READ  Josh Heupel isn't what Tennessee expected, but who is at this point?

Schottenheimer was an all-time winner, but he was more than that. A look at the overflow of tributes from former players and coaches showed just how much the coach reached all four places he coached.

Coach Marty Thank U For All You’ve Done & Ment In Mine & So Many of Our Lives U Will Be Greatly Missed 🏈For The Luv Of The Game 🙏🏼U Matter pic.twitter.com/7eHLbDq0Pp

Schottenheimer left that legacy. A fiery winner. A masterful motivator. A tireless coach who chased the Lombardi Trophy looking for that Super Bowl ring. He never left any of those teams with a losing record. He didn’t get to hoist that trophy, but he always pursued it.

We would love to hear Schottenheimer talk about that one last time, and we wish it could have been done in Canton.

“The Gleam” will always be there.

He represents all those who will forever chase it.