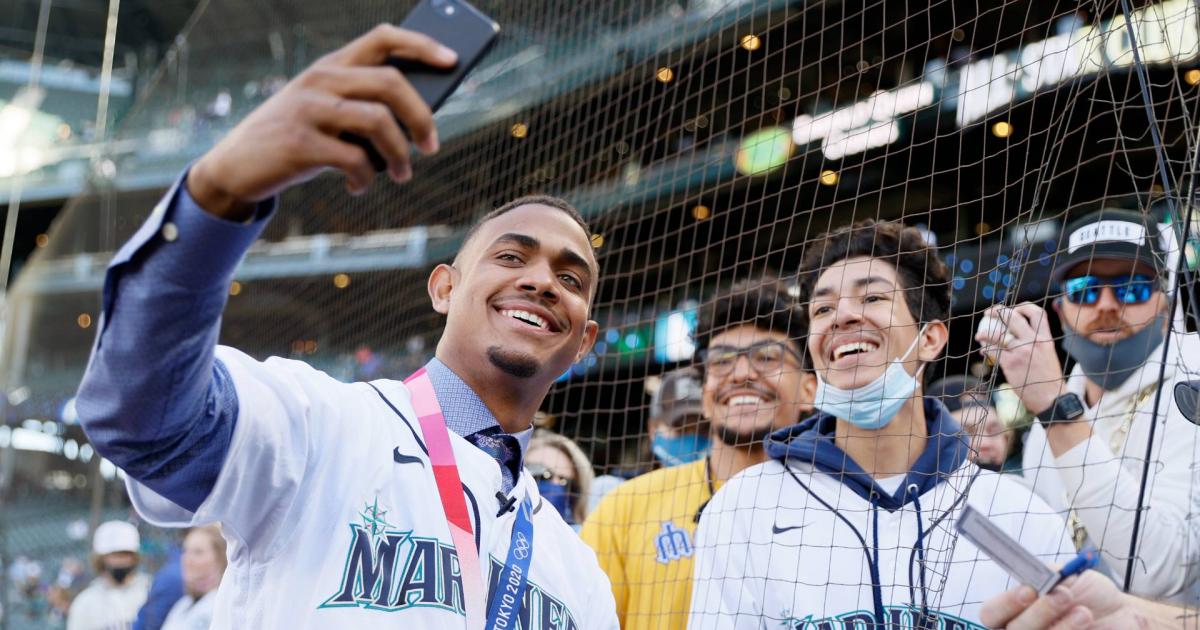 PEORIA, Ariz. — Major League Baseball needs players like Julio Rodriguez. The most obvious reason, of course, is this: The Mariners prospect is just ridiculously talented, and looks every bit like a superstar player in the not-too-distant future at the MLB level. In 74 games between High-A and Double-A last year, the outfielder batted .347 with a 1.001 OPS, with 13 homers and 21 stolen bases.

He did this in his Age 20 season, playing against players two, three and four years older. There’s a reason Baseball America ranked him as the No. 2 prospect in all of baseball, and MLB.com has him slotted in at No. 3. Baseball already has a wealth of young superstars — Juan Soto, Vladimir Guerrero Jr., Fernando Tatis Jr, and others — but there’s no such thing as too many talented and marketable players.

MORE: MLB rule changes for 2022: Why “ghost runners” are sticking around

Oh, and the Mariners just might need him to break the longest current playoff drought in baseball. But that’s not why we’re talking about him today.

The other reason MLB needs Rodriguez and others like him? Well, that was on display on his Twitter feed Friday morning.

I want to surprise some fans today before the game… who’s in Peoria right now???👀👀👀👀

“I had some time,” Rodriguez told The Sporting News with a big grin. “Didn’t want to be in the hotel.”

Found another one!!!!! She got her gift card for the team store!! pic.twitter.com/PLo8p73uye

And the Mariners fans who weren’t here in Peoria chimed in to tell him how much they appreciated his efforts.

Knowing the Mariners were playing a night game on Friday, Rodriguez talked with someone in the Mariners’ marketing department on Thursday and an idea was born.

“They hooked me up with a few tickets, a few gift cards, hats and everything,” he said. “I just thought it was a good day to come out and meet random Mariners fans around the complex, and we did that. It was fun.”

The thing about Rodriguez — and so many of the other young stars in the game today — is that he gets it. He understands why fan engagement like this is important.

“When I was a kid growing up I always wanted to meet really good players, baseball players,” he said. “So me being able to be in the spot that I am right now, just basically meet with people is a good feeling.”

This is the kind of thing that baseball needs, coming off the ugly lockout. I wrote about this a few weeks ago, and it remains true. This needs to be the Year of the Fan, and that’s a responsibility shared by MLB itself and the players. There should be more autographs signed this year than any in recent memory.

And, judging by what I’ve seen so fan in spring training — in person and via social media — the players have done that. It needs to continue into the season, too.

And, we can’t talk about Rodriguez without mentioning his first home run this season. Just watch.

With this swing I’m pretty sure every ball Julio Rodriguez makes contact with is gonna be a home run pic.twitter.com/RqHchVuX9W

“Honestly, I didn’t feel it on the bat when I hit it,” he said with a laugh. “It felt really good to, in my first at-bat, being able to do what I did, just being ready for it.”

And MLB is ready for Rodriguez, too.