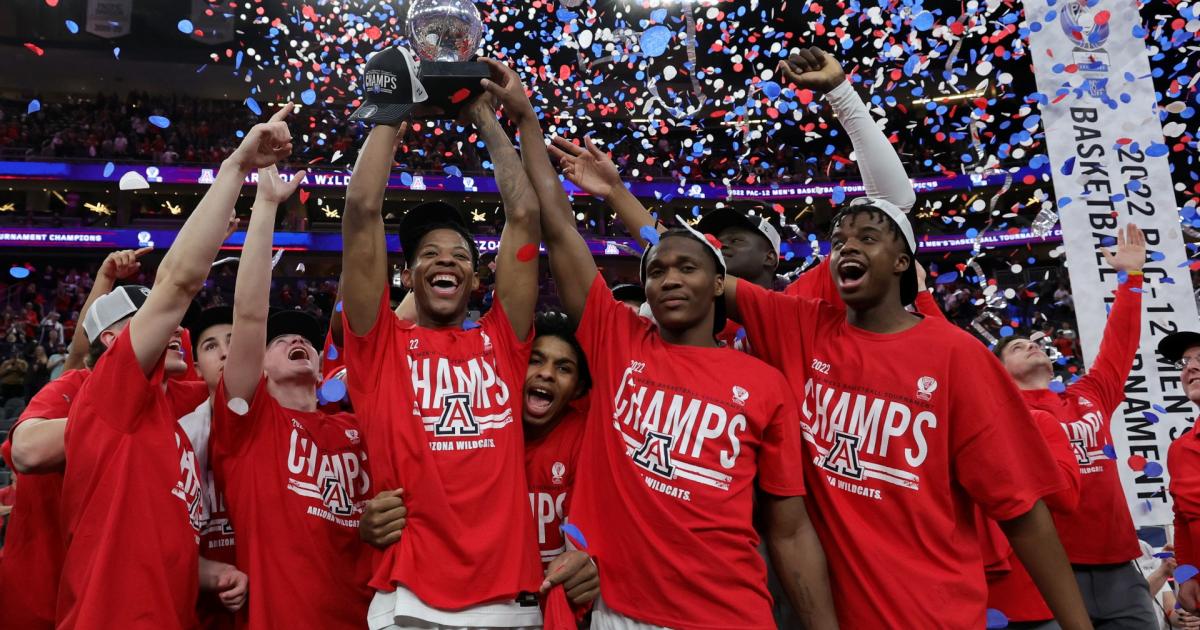 Selection Sunday has passed and now, bettors looking to get involved in the 2022 NCAA Tournament will have a few days to assess their best bets, value picks, sleepers and prop bets for March Madness.

Many will be researching potential early upsets and the best Final Four picks for bracket pools. That said, savvy gamblers will look to capitalize on potential bracket busters in order to cash out.

Those short-term bets can pay off in spades, but longer-term prop bets are where the money is at. If you can bet the right team to make the Sweet 16, Elite Eight or Final Four, you can stand to make a lot of money. And if you pick the champion correctly, then you can make even more.

Which prop bets and upsets should you keep in mind ahead of the first few days of March Madness? Sporting News breaks down compelling prop bets from Sports Interaction for the 2022 NCAA Tournament, including some longshot teams that could go further than expected.

All odds courtesy of Sports Interaction.

Currently, only three of the No. 5 vs. No. 12-seed matchups are known, as Saint Mary’s will play the winner of the Wyoming vs. Indiana First Four game. At least one team to play in the First Four tends to advance further into the tournament, so that could be among the more appealing options depending on the value we’re getting on the moneyline.

That doesn’t mean that the Aggies are guaranteed to beat the Huskies. However, it means that they can hang with them, so getting them at better than 2-1 odds is a nice bargain.

It’s also more likely that UConn will lose than either Houston or Iowa. UAB could give Houston a run for its money given the Blazers’ sixth-ranked scoring offense (80.7 points per game) but the Cougars rank top-11 in both offensive and defensive efficiency, per KenPom.com. That could slow UAB down enough to allow Houston to win.

As for Richmond, their run to an Atlantic 10 title was an amazing story. However, they have drawn a tough matchup with a red-hot Iowa team that has a top-10 NBA draft pick in Keegan Murray making it hard to trust the Spiders to upset the Hawkeyes.

Best bets to make the Sweet 16

Betting on higher-seeded teams to make the Sweet 16 usually isn’t profitable, so it’s best to take a chance on some sleepers with these bets. After all, they have to win just two (or three) games to make it to the Sweet 16. We’ve seen double-digit-seeded teams do this often over the years.

This year, Loyola Chicago and Vermont look like the most appetizing of sleepers. The Ramblers, a No. 10 seed, come with shorter odds, but with good reason. They made it to the Sweet 16 last year and upset No. 1 seed Illinois in doing so. They were a defensive juggernaut last tournament and while they’re not quite as strong without Cameron Krutwig, they still are a strong, well-rounded defensive team that allows an average of 62.1 points per game, good for the 18th-fewest in the country.

As for the Catamounts, they have a tougher path. Vermont is a 13 seed and will have to beat Arkansas in Round 1 before facing the winner of UConn vs. New Mexico State in Round 2. That said, the Catamounts posted a 28-5 record this season. They didn’t play a lot of high-level competition but they rank 38th in the country in 3-point shooting, making 36.8 percent of their shots.

With that shooting ability, Vermont has a chance to get and stay hot for two games to make the Sweet 16. Upsetting the Razorbacks will be a tough test, but if they can do that, they should have a chance to beat either the Huskies or Aggies in Round 2. At 15.6-1 odds, this is a worthwhile gamble.

Finally, Wisconsin is a great wager among the safer bets to make the Sweet 16. People seem to be sleeping on the fact that the Badgers’ first two games are close to home in Milwaukee, Wisc. Matchups with Colgate and the winner of LSU vs. Iowa State won’t be easy, but with a pseudo-homecourt advantage in tow, Wisconsin can be trusted.

It’s hard to argue against betting Gonzaga at this point. Sure, the odds are short, but they are a perennial contender that has made it at least to the Sweet 16 in every season since 2015. That’s stunning consistency.

The Bulldogs have high-end talent, thanks to stud freshman Chet Holmgren, veteran Drew Timme and coach Mark Few. They also have plenty of experience. After losing in the national championship game last season to Baylor, they will be hungry to get back to the top and win their first title in school history.

Speaking of teams that climbed back to the top, how about Arizona? They have played very well for first-year coach Tommy Lloyd and earned a No. 1 seed in the tournament. The Wildcats don’t necessarily have an easy bracket, but it seems ripe for double-digit-seed upsets.

If you want a long shot that is in the same, potentially chaotic bracket as Arizona, Tennessee is a good bet. The reigning SEC champions are the No. 3 seed but are arguably underseeded, and their path to a Final Four berth doesn’t look too bad. They have to get past Villanova and Arizona, but they can beat both of those teams.

If you don’t like the idea of betting these teams to win the tournament outright, you can consider their odds to make the Sweet 16, Elite Eight and Final Four respectively. Note that on Sports Interaction, the bets to make the Final Four are listed winners of each region, the East, West, Midwest and South.

BENDER: 7 safest picks against the spread for Round 1 of the 2022 NCAA Tournament

Betting a sleeper pick during the NCAA Tournament always comes with a risk, but given how chaotic college basketball has been during the 2021-22 season, it could be a strong strategy this year.

There are a few potential sleepers that stand out. Two are Iowa and Virginia Tech. The two programs have been red-hot of late, as Iowa ran to a Big Ten title behind the aforementioned Keegan Murray’s excellent play while Virginia Tech stunned Duke in the ACC Tournament Championship to earn a spot in the field.

Iowa is the safer bet of those two, as the odds reflect. Murray’s NBA-caliber talent could help carry the Hawkeyes far in the Midwest region. The same can be said of Wisconsin, which hails from the Midwest region and, like Iowa, would just have to get past Kansas and Auburn to reach the Final Four. That’s not easy, but Johnny Davis’ (19.7 ppg) presence makes it possible.

Meanwhile, Virginia Tech faces a more difficult path, but they are a sharpshooting 3-point team. They have the third-best shooting percentage from deep (39.3 percent) in the NCAA, so if they can stay hot from beyond the arc, they can compete offensively with anyone. As such, an 115-1 flyer is a chance worth taking.

If you don’t like the idea of betting these teams to win the tournament outright, you can consider their odds to make the Sweet 16, Elite Eight and Final Four respectively. As mentioned before, on Sports Interaction the bets to make the Final Four are listed winners of each region, the East, West, Midwest and South.