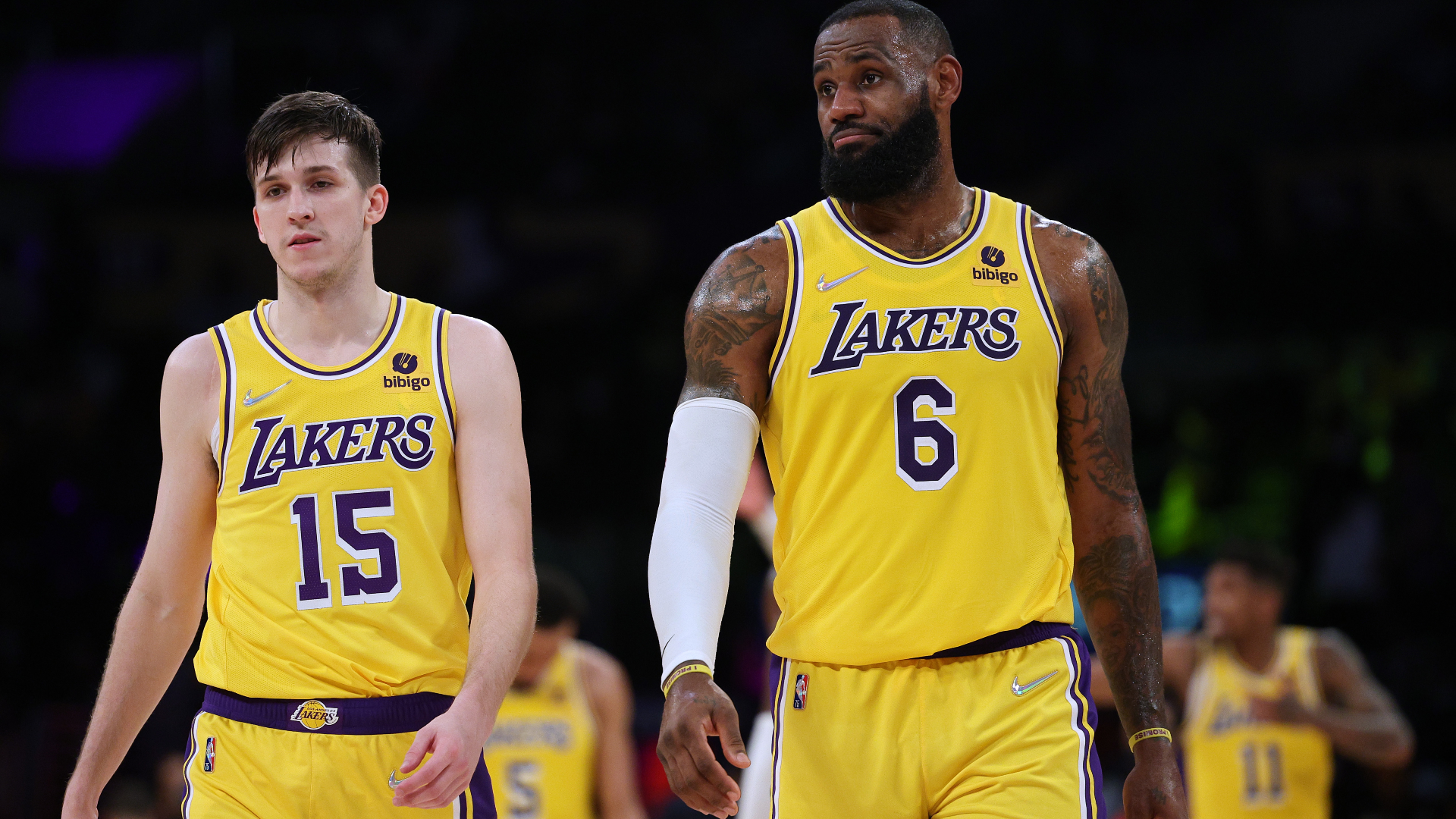 Austin Reaves is just 29 games into his NBA career, so he can perhaps be forgiven if there’s a bit of a learning curve. The 23-year-old rookie is teammates with LeBron James on the Lakers this season and in the team’s most recent game against the Nets, the two shared an exchange that quickly went viral.

At one point during the game, James was trying to explain something to Reaves, which Reaves seemed to not fully grasp.

MORE: How did Anthony Davis fare against the Nets?

The Lakers won the game 106-96 as LeBron totaled 33 points, seven rebounds, six assists, three steals and two blocks on 14-of-21 shooting. Reaves played in 25 minutes off the bench and had six assists, five rebounds, two points and a block and a steal apiece. So far this season, the rookie is averaging 5.9 points, 2.5 rebounds and one assist per game.

And while Reaves’ performance won’t light up the stat sheet or necessarily stand out, his reaction to what LeBron said certainly seems to have some staying power as a meme.