Kyler Murray contract projection: How much will Cardinals need to pay QB in next deal? 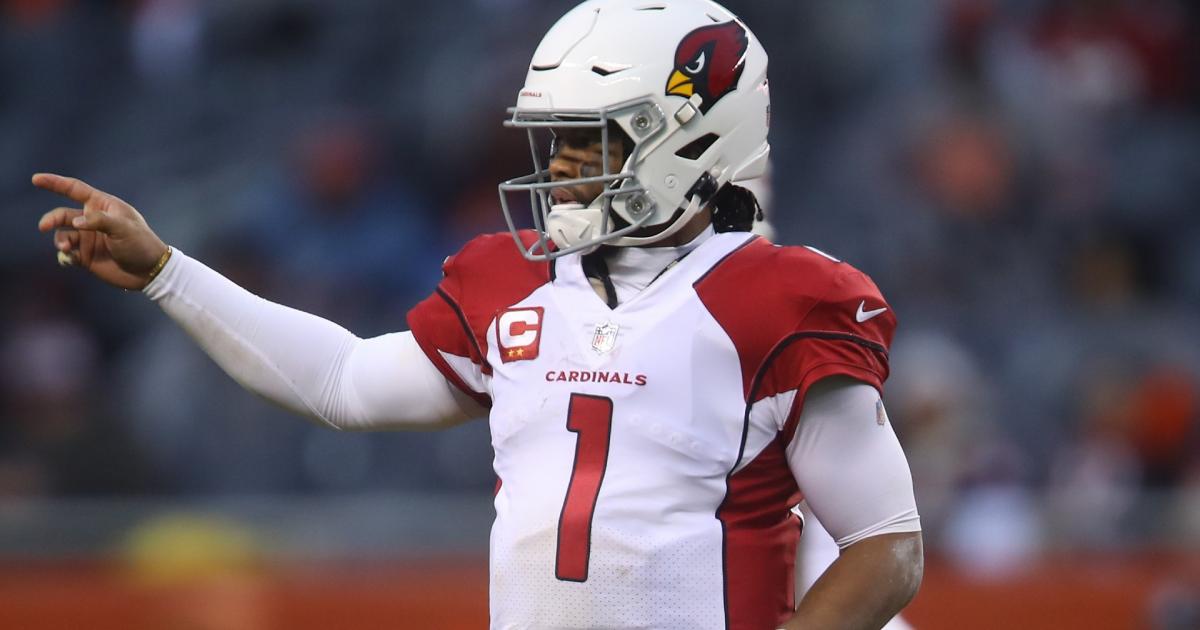 Kyler Murray is the latest QB who was drafted No. 1 overall looking for his massive second contract in the NFL. He and his agent are pushing to get that deal done sooner rather than a little later.

Murray, as the top selection in 2019, got an all-guaranteed four-year rookie contract through the 2023 season. The total value of that before a club option was $35.6 million, for an average annual salary of just fewer than $9 million.

Arizona has every intention of keeping Murray as its franchise QB. Following his promising rookie season, he has been a worthy NFC Pro Bowler the past two seasons. Coach Kliff Kingsbury and GM Steve Keim both expressed that in addressing reporters at the NFL Combine.

That came on the heels of an aggressive public statement by Murray’s agent, Erik Burkhardt, who stopped just short of demanding that Cardinals’ office take care of extending Murray as soon as possible. It was an unusual move, given every QB of Murray’s lofty draft status who has performed well has been rewarded in due time in relation to the ever-rising salaries at the position.

Perhaps Murray’s camp is getting antsy because of what’s happened with Jameis Winston and Baker Mayfield, two of the previous three QBs taken No. 1 overall. The Buccaneers parted ways with Winston in 2020 after picking up his fifth-year option but not extending him further. Mayfield, whom Murray succeeded at Oklahoma, is set to play out his fifth-year in 2022 without an extension from the Browns.

But there’s also Jared Goff and Carson Wentz, who went 1-2 in the 2016 draft. Before Goff was traded from the Rams to the Lions and Wentz was traded from the Eagles to the Colts in 2021, they broke the bank with second contracts from their original teams in 2019. In the past two offseasons, Patrick Mahomes, Deshaun Watson and Josh Allen also got mega deals on schedule as on-field successful first-round picks.

READ  Mets' Marcus Stroman, Pirates' John Nogowski curse at each other for no good reason

There should be confidence from Murray he’s next in line for lucrative results. He’s even helped by having Lamar Jackson, the other standout from Allen and Mayfield’s 2018 class, still waiting on his second contract from the Ravens, to provide more parallel pricey parameters soon.

Cutting through the added drama, here’s breaking down the right value for Murray’s of eventual next deal with the Cardinals:

Before thinking about Murray maximizing the market, let’s look at the recent contracts of the NFL’s highest-paid young quarterbacks.

Length: Mahomes got an unprecedented 10-year deal with the Chiefs. Allen is second with his six-year pact with the Bills. A few notable veterans well into their 30s, such as Matt Ryan and Matthew Stafford, are in five-year deals. But Goff, Wentz, Watson and Dak Prescott, all in their late 20s, got four years in their big second contracts.

Total value: Mahomes and Allen are the outliers here, at $450 and $258 million respectively. Prescott, in the same 2016 draft class as Goff and Wentz, is closer to the rest of the top pack at $160 million. Watson and Ryan aren’t far behind that total.

Guaranteed money: Allen and Prescott, the last two big QB contract winners, raised the bar here with $100 million and $95 million in total guaranteed at signing, respectively. Of the older QBs, Ryan got $94.5 million as part of his latest deal in 2018, two years removed from winning league MVP.

Average annual salary: Mahomes, Allen and Prescott are the only members of the $40 million per year club. Watson came up just short at $39 million. There are 10 QBs total who average $30 million or more, with Ryan being the last one on the list.

While Mayfield plays it out, the offseason action on Jackson will be most interesting to watch for Murray. A resolution from the Ravens should come in the summer, given Jackson’s MVP credentials and not wanting to carry the negotiations into the 11th hour. It would be shocking if Jackson didn’t get $40 million-plus per season with at least $100 million guaranteed over four or five years.

Jackson is set to earn $23 million in his current club-option in Year 5. As Murray also has made the Pro Bowl early in his career, he’s looking at playing at a similar salary number in 2023 without an extension ahead of next year.

From the Cardinals, this is the last year Murray is an absolute bargain starting QB. He’s earning $5.5 million with a cap hit of $11.4 million. His salary would more than quadruple and he would also count twice as much against the cap in 2023.

The Ravens had more reason to wait through Year 4, because Jackson, as the No. 32 overall pick, counted only a paltry $3 million against the cap in 2021. The Cardinals do still have a strong benefit from waiting but so does Murray.

Jackson has a more impressive individual and team resume that Murray. He also didn’t go a whole season without playing like Watson just did after getting his deal.

The four-year, $160 million deal Prescott signed with the Cowboys seems like the floor for Jackson and therefore a launching point for Murray. For Jackson, four years at $170 million ($42.5 million per season) with more than $100 million guaranteed is ideal.

The Cardinals, in a salary cap bind now, need to wait until next year when Murray will most likely have Jackson’s contract in place to help figure out exactly how much to be paid. But in the end, paying Murray now would also save them money later.

Murray will be sitting a little prettier if he can stay patient. Knowing what Mayfield is going through, there’s good reason why he’s pushing for long-term security with the Cardinals. Arizona officials, however, aren’t prepared to take the bigger cap hit on Murray now, without cutting players that would hurt their chances of winning a lot more with Murray.

The Cardinals carried a lot of veteran contracts in 2021 and they were the oldest team in terms of average player age, leading to the tight cap in 2022. They will have much more cap flexibility in 2023, and If Murray has one more ace healthy season, he will easily end up the highest-paid non-Mahomes QB in the league.