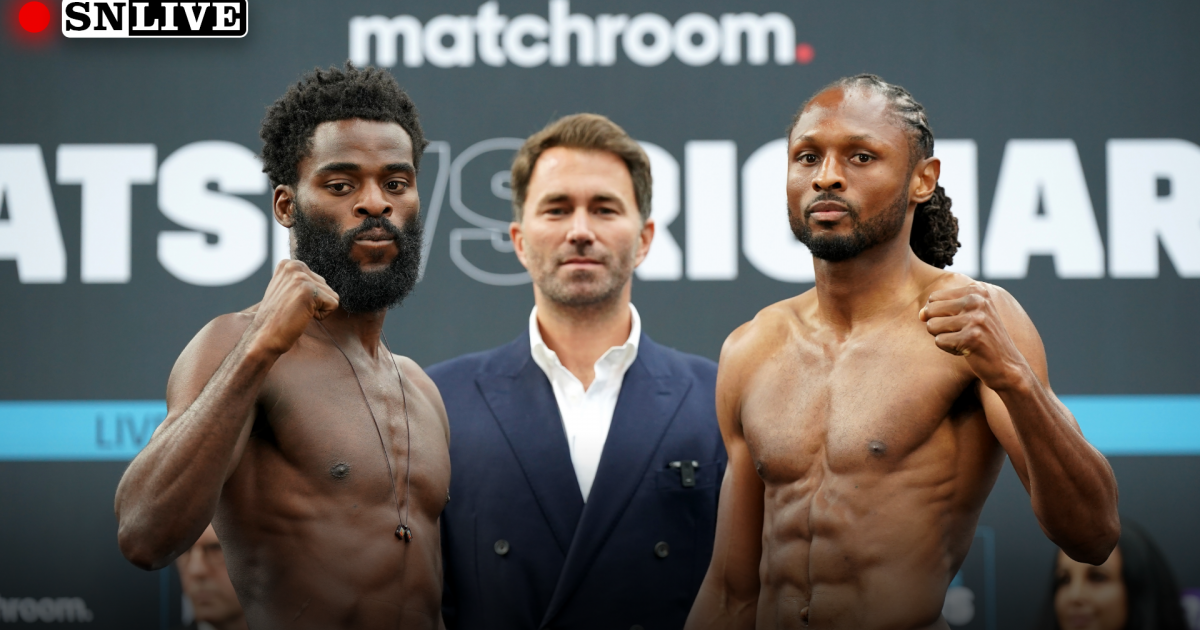 Joshua Buatsi and Craig Richards go head-to-head at London’s 02 Arena on Saturday night in what promises to be one of the most exciting all-British fights of the year.

Winner of the 2016 Olympic bronze medal, Buatsi puts his unbeaten record (15-0) on the line against former challenger Richards with the light-heavyweight looking to take another big step in his career at getting his own shot at the world title.

Dmitry Bivol — the man who handed Richards one of only two defeats in his career on points last year —currently holds the WBA title, while WBC and IBF champion Artur Beterbiev takes on WBO champion Joe Smith Jr next month.

Both fighters will be looking to put on a show for a packed out London crowd this evening and The Sporting News is on hand to bring you all the live updates.

7.10pm: In need of a video to whet your appetite? If you’re wondering why Buatsi is considered a knockout artist then look no further. Of his 15 fights to date he’s stopped his opponent 13 times.

Stand in the way of Buatsi & you’ll likely see the canvas 👀#BuatsiRichards pic.twitter.com/S4ZAsy6TaV

6:40pm: Hello and welcome to The Sporting News’ live coverage of tonight’s light-heavyweight clash between Buatsi and Richards. We’re in position at London’s 02 Arena in what promises to be one of the biggest British dust-ups of the year as Buatsi puts his unbeaten record on the line against former world-title challenger Richards in the showpiece event of the evening.

MORE: Who is Joshua Buatsi? Pro boxing record, titles won and next fight

*Undercard will be updated with live results

When is Joshua Buatsi vs. Craig Richards?

Joshua Buatsi vs. Craig Richards will take place Saturday, May 21. The main card is expected to start at 7 p.m. BST | 2 p.m. ET. Buatsi and Richards should make their way to the ring around 10:15 p.m. BST | 5:15 p.m. ET, depending on how long the undercard fights last.

How to watch Joshua Buatsi vs. Craig Richards

The prelims and the main card for Joshua Buatsi vs. Craig Richards will be available through the DAZN app.