Josh Heupel isn’t what Tennessee expected, but who is at this point? 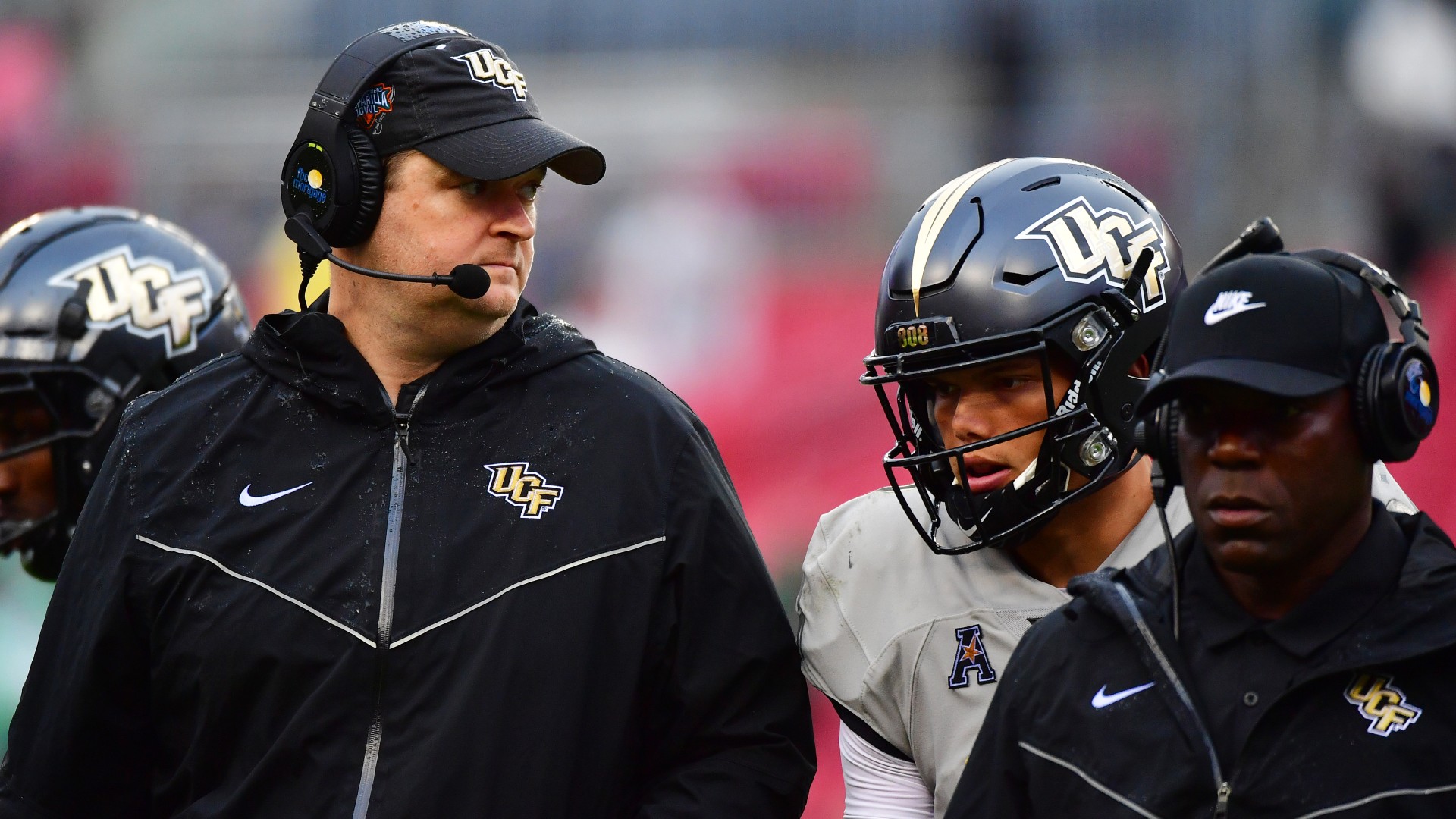 What else would you expect on Rocky Top?

Tennessee announced the hiring of Josh Heupel on Wednesday, which completes the logical pairing with former UCF athletic director Danny White. How did Volunteers fans respond? Look at the comments section:

MORE: Every FBS coaching change in 2020

This coaching search wasn’t anywhere near the disastrous 2018 search that started with Greg Schiano and ended with Jeremy Pruitt, but it took that one hard turn at the end that puts Heupel in an unenviable position before he gets started.

So Central Florida is about to get $6 million in buyout money from Tennessee for an AD and a head coach and they are going to hire a better coach than Tennessee to replace Josh Heupel with that money. Typical Vol football.

Tony Elliott was an emerging candidate, but the Clemson offensive coordinator opted to stay with a national championship contender. Former SEC coaches Gus Malzhan and Hugh Freeze were on Vols fans’ wish lists. Big Ten coaches P.J. Fleck and James Franklin stayed put. Coastal Carolina’s Jamey Chadwell, a Tennessee native who led the Chanticleers to an 11-1 record this season, was considered a leading Group of 5 candidate. Even Lane Kiffin, whose one-year stint at Tennessee produced a 7-6 record, laughed at the possibility of returning there.

The truth is that it’s tough to attract a top-flight coach to a program that is willing to self-report recruiting violations in an effort to remove coaches it doesn’t want around any longer.

Maybe that’s why White, whose hire was met with fanfare less than a week ago, stuck with a coach he can trust. Heupel is 28-8 the past three seasons at UCF since taking over for Scott Frost, who was 19-7 from 2016 to 2017 before taking on the impossible rebuild at Nebraska. The Knights have the eighth-best record in the FBS in that five-year stretch at 47-15, which is a half-game better than Notre Dame and LSU. Yeah, they claimed a national championship title in 2017, but at least that was an interesting debate.

Tennessee has been nowhere near a national championship since Kiffin was hired in 2008. The Vols are 73-75 through Kiffin, Butch Jones, Derek Dooley and Pruitt — the 11th best record in the SEC during that stretch. Ole Miss (74-73) has produced better results. Texas Tech has the same record. If the Red Raiders hired Heupel in this turn through the coaching carousel, then the move would have barely registered through one news cycle.

Recognize the hire for what it is. The program is not in position to hire that big-name coach right now, and, to be honest, Tennessee fans were not going to be truly happy with any of those names outside of maybe Malzahn, who was just fired at Auburn and replaced with Boise State’s Bryan Harsin. That’s almost the same thing Tennessee did. Freeze, who has revived his career at Liberty, still comes with the baggage of NCAA sanctions that were handed down at Ole Miss.

Tennessee could not attract that attention now, not while facing possible punishment from the NCAA for alleged recruiting violations under Pruitt. Athletic director Phillip Fulmer, who was the coach of Tennessee’s last national championship team in 1998, also retired. The program went on an endless backward slide after Fulmer’s final season, and White and Heupel are tasked with making Tennessee competitive in the SEC East again. The Vols are 10-24 in conference play the past four years.

This is a mess, and White and Heupel are left with a massive cleanup job.

Heupel can coach offense. He was the offensive coordinator at Missouri in 2017, when the Tigers scored 37.5 points per game and finished 7-6. That included a 50-17 rout against Tennessee that was Jones’ last game. UCF averaged 43 points per game the past three seasons, and a 40-point offense is required to win the SEC.

But can Heupel coach defense? Can he recruit in the SEC? Can he have success against those rivals. Tennessee is a combined 4-22 against Florida and Georgia since 2008 and has not beat Alabama since 2006. He can’t do much worse, honestly.

Will Heupel succeed? That depends on the sliding-scale definition of success. If he can push Tennessee to a 10-win season — something that has not been done since 2007 — that would be a start. How much time will Heupel be given to atone for the mess created by four predecessors? Four years would be the minimum.

Tennessee needs to show patienc — and no, its pain is not exclusive. Other ’90s national championship programs that were fashionable in the past — Florida State, Miami, Nebraska and Michigan, to be specific — are fighting the same fight. Those programs all have a tendency to look back instead of forward, and sometimes the perfect candidate, such as Frost or Jim Harbaugh, isn’t always a home run.

Heupel isn’t what you want right now, and he might never be. But that line of thinking will produce yet another coaching search in four years.

That is what has come to be the norm on Rocky Top.

Until that changes, you can’t expect anything more.