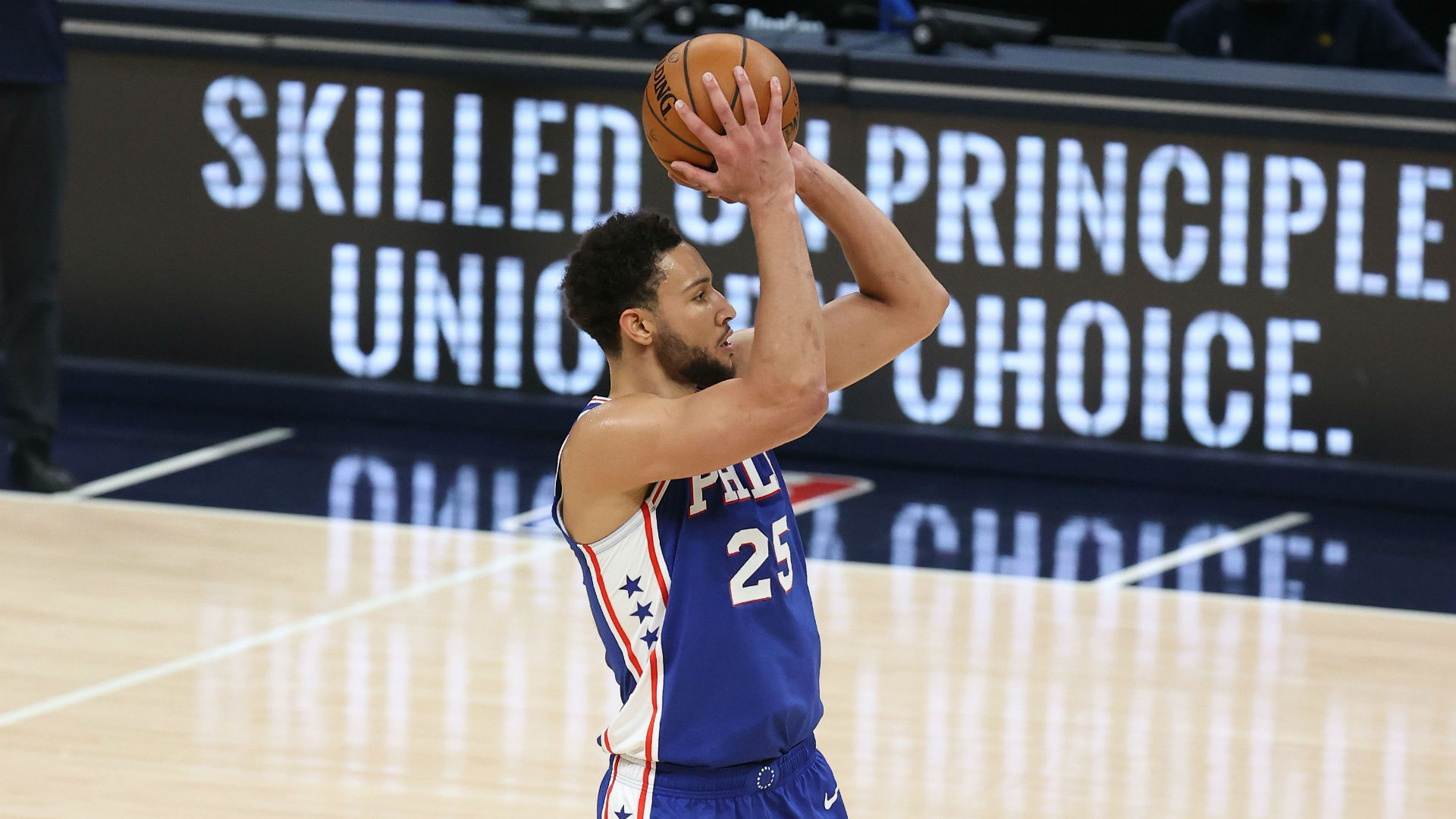 Ben Simmons struggled at times in the 76ers’ Eastern Conference semifinal series against the Hawks, and Joel Embiid noticed.

Embiid discussed what he thought was the turning point of Philadelphia’s 103-96 Game 7 defeat on Sunday night. In the center’s opinion, it was when Simmons passed up a wide-open attempt near the basket late in the fourth quarter.

“We didn’t get a good possession on the other end and Trae (Young) came back and he made a 3 and then from there, down four (with 45 seconds to go), it’s on me. I turned the ball over and tried to make something happen from the perimeter. But I thought that was the turning point.”

MORE: How long is Chris Paul out?

Embiid may not have named Simmons, but it’s clear that this was the play he was talking about.

Matisse Thyublle made one of two after being fouled.

Simmons’ unwillingness to drive to the basket was a major problem in the series. It seemed as if he was afraid of getting fouled because of his 33.3 percent mark from the free throw line.

That led to plays like the one Embiid referenced. It also led Simmons to take just three fourth-quarter shots in the entire series.

He can be a quality scorer, especially near the hoop, so it’s easy to understand why Embiid would be frustrated by the play.

And he wasn’t the only one who was frustrated; so was Sixers coach Doc Rivers.

A reporter asked Rivers after the game whether Simmons could still be a point guard for a championship team. Rivers’ answer was anything but a ringing endorsement.

“I don’t know the answer to that right now,” Rivers said.

Simmons, 24, is a top-level defender because of his length. The 6-11 Australian made the NBA’s All-Defensive first team this season. But if he can’t improve his confidence as a scorer, then his potential may be capped.

The 76ers reportedly dangled a Simmons-led package in front of the Rockets when Houston was shopping James Harden, so the Sixers could explore Simmons’ trade market again this offseason if the team no longer believes in him.

Regardless, something seems likely to change in Philly after another disappointingly early playoff exit.