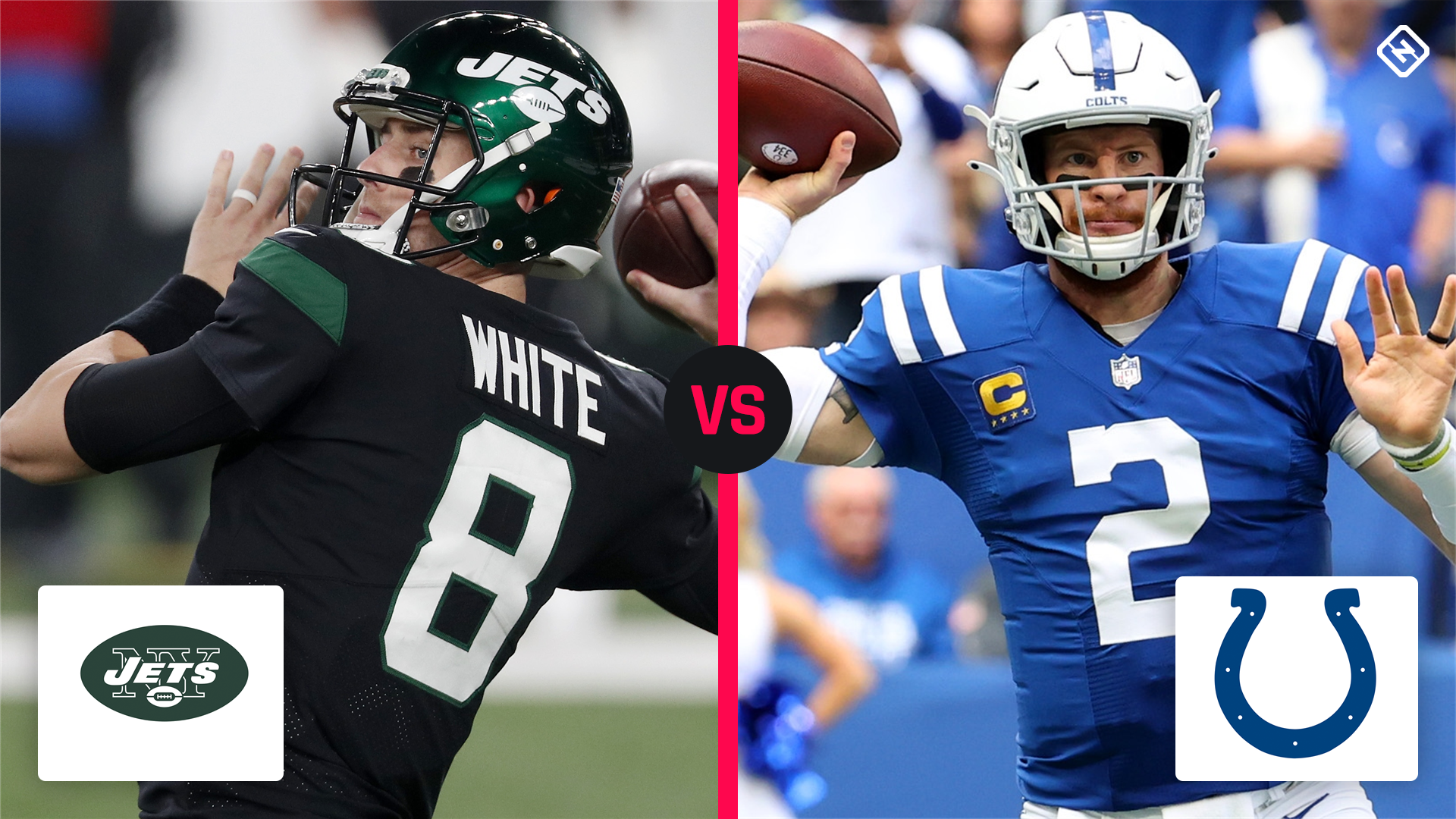 When the Jets (2-5) take on the Colts (3-5) in Indianapolis to begin NFL Week 9 on “Thursday Night Football” (Fox, NFL Network, Amazon Prime Video), it will be two teams trying to turn things around ahead of 2021 season’s second half.

New York has two wins over AFC contenders at home (Titans, Bengals) but has struggled on the road, looking for its first victory there. Indianapolis has gone only 1-3 in Lucas Oil Stadium, beating only the lowly Texans so far.

Jets replacement quarterback Mike White will try to stay hot, while Carson Wentz will try to clean up things as his counterpart to get the Colts back on track.

Here’s everything to know about betting on Jets vs. Colts in Week 9, including updated odds, trends and our prediction for “Thursday Night Football.”

WEEK 9 NFL PICKS: Against the spread | Straight up

The line has been hanging around double digits despite the Jets getting a big wild-card win over the Bengals last week and the Colts losing in similar fashion to the Titans at home. This factors in home-field advantage and White’s first road start.

The teams played a lot in the old AFC East. The Colts hold the advantage after all those years, 43-32. The teams met in 2020, 2018 and 2016, with the Colts taking two of three. Overall, the Jets have won four of the past six meetings. The Colts have had the longest winning streaks in the past, four games and five games, the former coming in the Peyton Manning era.

—61 percent of spread bettors like the Jets to stay upset-minded and cover another big number, despite being on the road.

—64 percent of over/under bettors think the total is too low, given both teams scored in the 30s last Sunday with different results.

Taylor has a good shot at his first rushing title now that Derrick Henry is down for the season for division rival Tennessee. The Colts’ second-year back is up to 649 rushing yards, second in the league, and has average 5.3 yards per carry while scoring six TDs. Taylor should be fed early and often after the Colts got too pass-happy with Wentz and offensive-minded coach Frank Reich in the loss to the Titans last week.

The Jets’ rookie running back from North Carolina has only 279 rushing yards and 3 TDs, but he had a huge game last week with 24 touches and 172 yards from scrimmage to down the Bengals as his team’s leading rusher and receiver. He’s living up to his expectations as a dynamic playmaker and the Colts will need to be up for the task to slow down his versatile skills.

White played over his head despite turnovers last week. Wentz was playing solid for several weeks until bad giveaways that cost his team. Wentz needs to play like the savvy veteran he is, avoid mistakes while playing off the strong running game. White needs to stay fired up on a short week in a more hostile environment.

121.8. That’s how many rushing yards on average the Jets are allowing in road games this season. That’s No. 23 in the league. Taylor can be very effective with 20-plus carries and the Colts shouldn’t mess around in this one, given Taylor has had big prime-time performances already against the 49ers and Ravens.

The Jets will put a fight early again with inspired defense for Robert Saleh and Carter helping White move the ball. But the Colts will give them too much of Taylor and budding elite wide receiver Michael Pittman Jr. to lift Wentz more so the home team can pull away in the second half. The fact that the Jets had an upset last week and the Colts were sloppy late will lead to the natural regression to the mean.