Jets’ Dominic Toninato scores game-winning goal vs. Oilers in Game 1 after being inserted into lineup 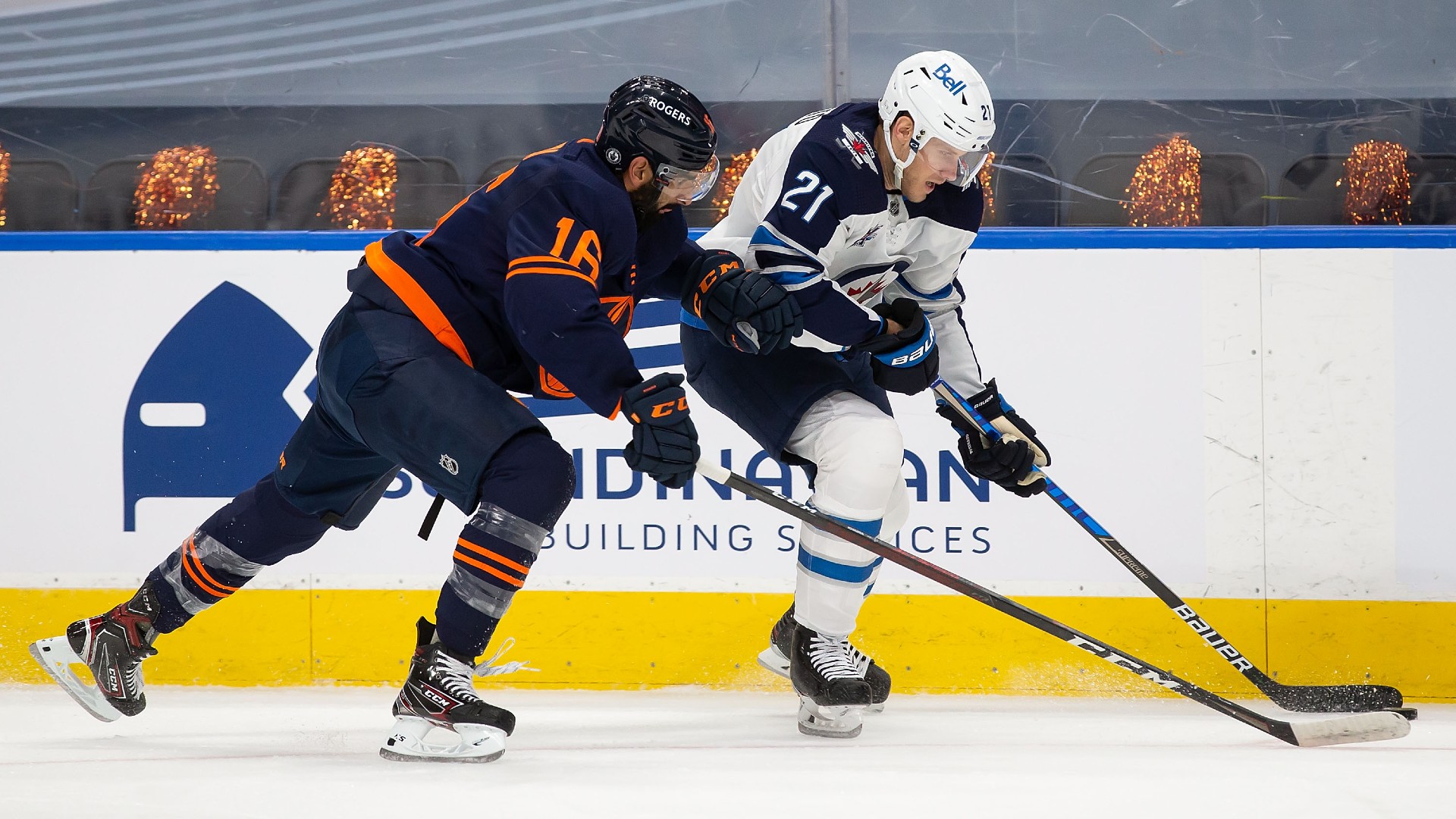 The Jets were considered to be heavy underdogs in their Stanley Cup playoff series with the Oilers, especially in Game 1 as they were without key forwards Pierre-Luc Dubois and Nikolaj Ehlers.

Instead, the team skated away with a 4-1 win thanks to a masterful performance in net by birthday boy Connor Hellebuyck and a game-winner by a guy who slotted in with those two mainstays out.

Dominic Toninato, who had a long and winding path to playing in 2021, deflected a shot past Oilers goalie Mike Smith for that winner. But no one — except for Toninanto, who said he raised his stick and was worried he’d look dumb if the goal didn’t stand — knew it had happened initially. The NHL’s eyes in the sky had to alert the people in Edmonton that it was a good goal.

“It was an exciting time,” Toninato said of notching his first NHL postseason marker; he has just five NHL regular-season goals. “Just happy to help the team out. It was a good team win tonight. But that was only one of four, so we got to be ready to go for the next game.”

The play happened just over halfway through the third period. Toninato deflected Logan Stanley’s point shot off the post and into the camera inside the net. The puck rocketed back out.

“I couldn’t really see the initial shot. I knew Dom got his stick on it but the sound it made sounded like a post,” recalled Stanley. “I kind of was in the corner and the buzzer went and I thought there was a scrum by our bench. As I got closer, the guys are celebrating, so I threw my arms up in the air and gave Dom a big hug. It’s a big goal for us.”

Jets captain Blake Wheeler was on the bench.

“It looked like from the bench it hit the bar and then, obviously, we have monitors on the bench so they flashed the replay pretty quick. I would say after about 10 seconds we knew it was in,” he said.

Toninato played the last two games of the regular season for his only NHL action in 2021. He spent the majority of the season on the taxi squad but did play three games with the Jets’ AHL team in Manitoba. The 27-year-old also had COVID-19 in November. With that comes required tests to receive clearance to play, and there was a concern when he got to Winnipeg. He sat out a bit but, according to Toninato, “it wasn’t what we initially thought it was, so I was able to get back a lot sooner.”

Hellebuyck, who turned 28 on Wednesday, made 32 saves and allowed just a second-period goal by Jesse Puljujarvi.

“Today’s been an exciting day for me,” said Hellebuyck. “Everyone around the rink is making me feel real happy about my birthday and this is the perfect way to celebrate it. I just thought it was a good team game tonight. Our details were right and our offensive game came when it needed to. It was a great team win tonight.”

“We believe we have the best goaltender in the league so that gives us a ton of confidence and it’s his birthday, he’s getting a little bit older. You guys are going to have to start bugging him about his age,” Wheeler said with a smirk. “But, you know, great game from Connor. From our standpoint, we’re just trying to give him vision of the puck and let him see the puck and he’s a pretty goalie when he can see it.”

It was a big win for the Jets as they kept Connor McDavid and Leon Draisaitl off the scoresheet. The dynamic duo was only able to muster two and four shots on net, respectively. Winnipeg will look to keep things going in Game 2 on Friday night.