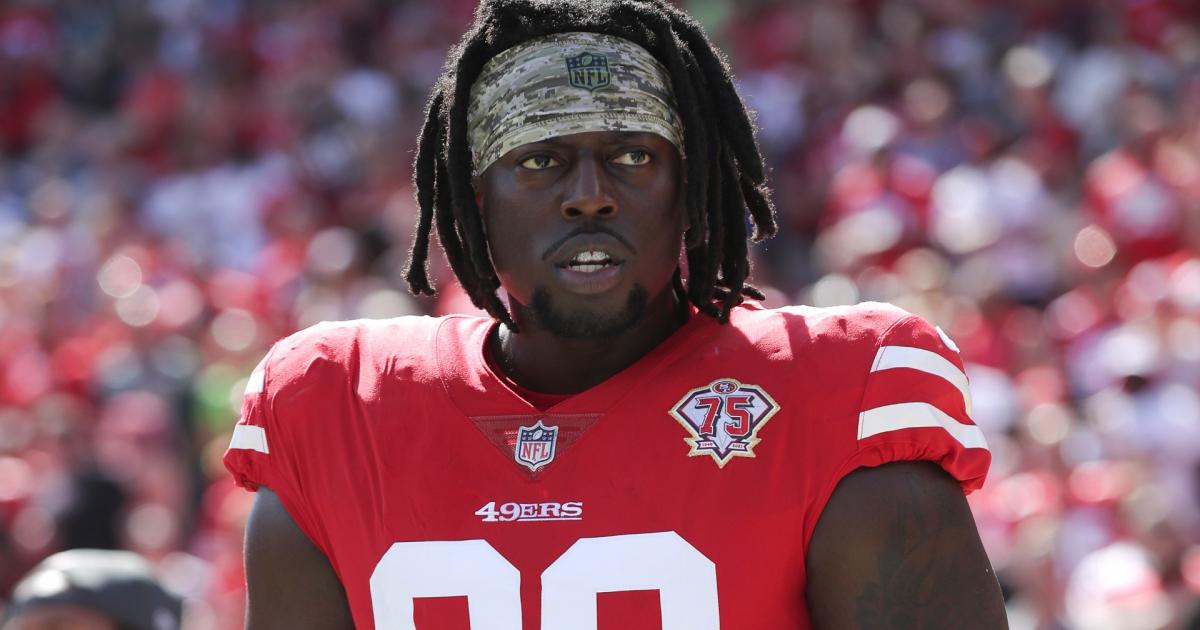 Javon Kinlaw has evidently had enough of Grant Cohn. The 49ers’ defensive tackle went after the Sports Illustrated blogger on Tuesday night in a profanity-laced video that Cohn released on his YouTube channel Tuesday.

The verbal altercation between the two stemmed from an in-person one that occurred at 49ers OTAs during the day. Cohn explained in a video that Kinlaw had confronted him during San Francisco’s practice on Tuesday. The 24-year-old defensive tackle didn’t say much, but knocked Cohn’s hat off his head and called his a profanity-laced names.

Cohn also outlined all of the reasons that Kinlaw could have been mad at him in the video.

Indeed, Cohn has said all of those things. He even has a video on his YouTube channel entitled “Why 49ers DT Javon Kinlaw Was Such a Bad Draft Pick.”

IYER: Why Bill Belichick is so chill about Patriots’ lack of new offensive coordinator

But that wasn’t what irked Kinlaw that most. He said in the video conversation he had with Cohn that he took issue with how Cohn characterized their interaction from earlier in the day. Kinlaw said that he walked up to Cohn and got in his face, but that was it.

“Stop making it seem like I came at you in a cowardly way,” Kinlaw said.

Additionally, while Kinlaw acknowledged that he knows Cohn is just doing his job breaking to the 49ers,  he still believes that the blogger takes his analysis a bit too far at times.

“You analyzing people like they’re not human,” Kinlaw said.

From there, things escalated. Kinlaw became increasingly agitated and sounded off on Cohn, who believed Kinlaw threatened him at one point when the 49ers tackle said:

Stop playing with me. I don’t f—ing play like that. You don’t f—ing know me. I’m not the one. My whole family knows what you look like.

Despite the negative reaction to Kinlaw’s tiff with Cohn, his 49ers teammate, Arik Armstead, came to his defense. Armstead took to Twitter to bring attention to another video clip in which Cohn seemed to imply that he wished Kinlaw would hit him so he could retire.

This is the type of low life we let into our building. He would rather antagonize and provoke players into hitting him so he can retire instead of doing his “job“ of journalism. pic.twitter.com/jL5ZGTq8yZ

The 49ers have yet to comment on the situation, but they will need to address it somehow if tensions linger between their players and Cohn.