Is Aaron Ekblad playing tonight? Panthers confirm star defenseman will play in Game 1 against the Capitals 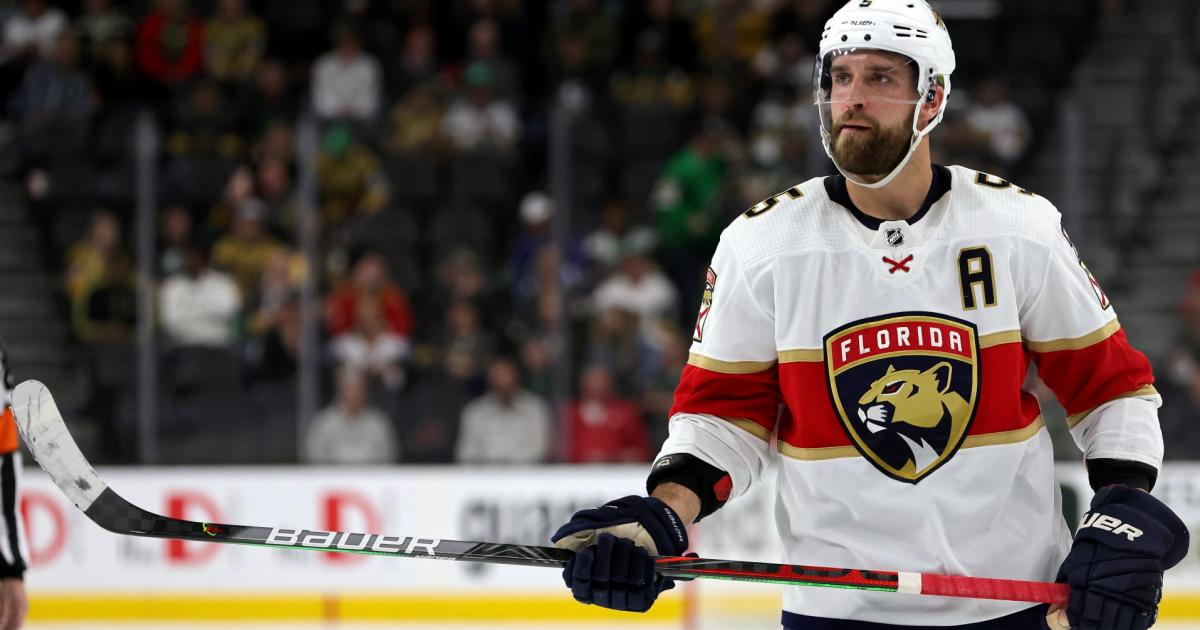 Panthers fans got a pleasant surprise Tuesday afternoon as coach Andrew Brunette confirmed that defenseman Aaron Ekblad would be returning for Game 1 of the team’s first-round playoff series against the Capitals.

Coach Brunette confirms that Aaron Ekblad will return and play tonight for Game 1 against Washington. pic.twitter.com/iSAI0Woy1t

Ekblad hurt his right leg in a March 17 game against the Ducks and it was announced that he would miss the rest of the regular season. He was placed on long-term injured reserve on March 20.

The Panthers were previously hopeful that he would return at some point during the series against the Capitals, but it appears as though Ekblad is ready to go earlier than expected.

He had been skating the last couple of practices back on the top pairing along with MacKenzie Weegar and looks to be primed to resume his role Tuesday night.

It’s a great addition to an already dangerous Panthers team. Florida went 17-4-0 during Ekblad’s absence, but is gaining back a defenseman who had 57 points in 61 points. Despite missing the last six weeks of the regular season, the defenseman finished fifth on the Panthers in points.

Ekblad had previously missed last postseason when Florida faced Tampa Bay in the first round after a similar injury. However, now he is back to help the Panthers go for the franchise’s first Stanley Cup win.

How did Aaron Ekblad get hurt?

Ekblad was injured in the first period of the team’s game against the Ducks on March 17.

The defenseman went to hit Ducks defenseman Cam Fowler, but as he was delivering the hit, teammate Aleksander Barkov fell and took out both Fowler and Ekblad.

.@FlaPanthers defenseman Aaron Ekblad has to be helped off the ice after a rough collision early in the first period tonight.

Wishing for the best for Eks. pic.twitter.com/xzpEJrQa1U

Ekblad tried to get up, but could not put any weight on his right leg. He tried to push himself along the ice to the bench before he was eventually helped off the ice.

What time is Game 1 between the Capitals and Panthers?

The first game of the first-round series is set for 7:30 p.m. Tuesday at FLA LIVE Arena in Sunrise, Fla.

Viewers in the U.S. can watch the game nationally on ESPN2. The Canadian audience can view the game on Sportsnet 360.