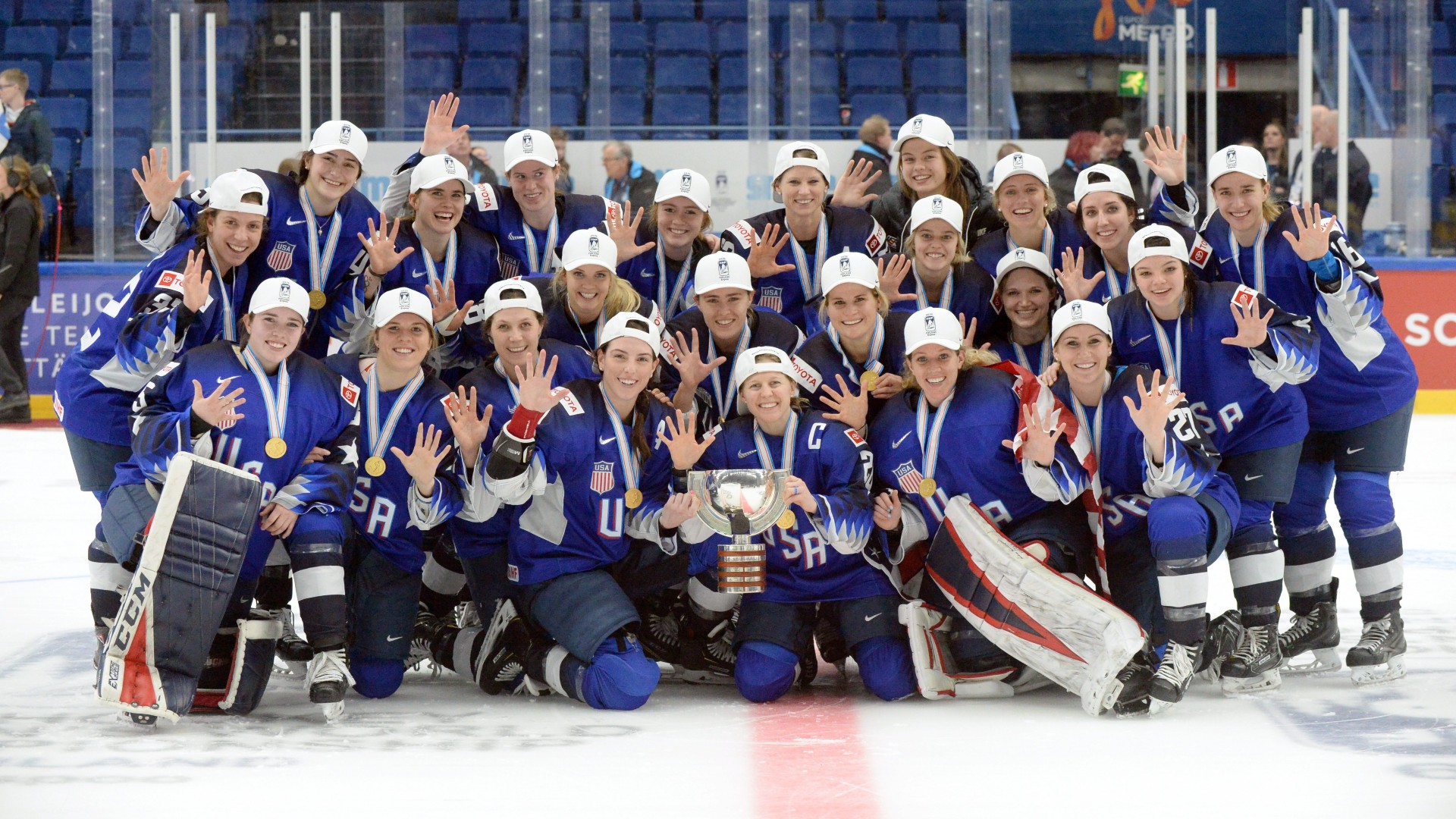 Tuesday night, the 10 countries set to compete at the 2021 IIHF Women’s World Championship went to sleep excited for the upcoming tournament. After all, they were all headed to Canada (Hockey Canada’s women’s team was already there for selection camp) on Thursday to prepare and follow COVID protocols.

Wednesday morning, they woke up thinking everything was on schedule. But at 7:30 a.m. MT, Hockey Canada got the call that things were not OK.

“It’s definitely a difficult day for our group here today,” Gina Kingsbury, director of national women’s teams, said on a Zoom call with reporters. “We’ve worked extremely hard to get ready for this world championship and our athletes and staff have a tremendous amount of patience and commitment over the past year. You know we’re definitely disappointed. We know that there are things that are out of our control, and that’s definitely something that we need to take as a perspective. But, again, looking ahead is what we’re going to be doing and trying to adapt and move forward for sure.

So what happened in such a short window? Here’s everything to know about the cancellation.

When was the 2021 IIHF Women’s World Championship to occur?

The 2021 tournament was originally scheduled to take place April 7-17 but was rescheduled to begin May 6.

Where was the 2021 IIHF Women’s World Championship to be played?

After the 2020 tournament was canceled, the host province, Nova Scotia, was awarded the 2021 edition. Halifax (Scotiabank Centre) and Truro (Rath Eastlink Community Centre) were set to host more than 250 athletes for 10 days.

Which countries were going to compete in the 2021 IIHF Women’s World Championship?

Ten teams were scheduled to play, including defending champion Team USA, which won gold in 2019. The Americans have captured the gold medal in five straight tournaments (2013, 2015, 2016, 2017, 2019). The tournament is not held during an Olympic year.

According to Hockey Canada, the call to cancel the tournament came from the government of Nova Scotia.

“In the letter that we received from the province, they referenced the increase in cases and the spike in cases, including the plot reference to an increased amount that will be announced later today,” Scott Smith, Hockey Canada’s president and chief operating officer, said. “We received information through the night . . . that reinforced the operation of the event and the arrival of the teams tomorrow. And regrettably, we were advised that about 7:35 MT this morning that the decision was made at the top of the government.”

It was a shocking move as just 24 hours prior, the province’s chief medical officer of health, Dr. Robert Strang, said everything was a go despite added restrictions regarding who could travel to the province as of April 22.

“That tournament, in my opinion, does not present a risk of transmitting or bringing COVID and transmitting it into Nova Scotia,” he said during a news conference Tuesday. “They have very strict protocol and if they come here, they will be in a bubble that will have no interactions with Nova Scotians. Once they’re out of their quarantine, they still will not be interacting with Nova Scotians.”

The competing teams were scheduled to undergo quarantines upon arrival and be subject to numerous COVID tests.

With the cancellation, the optics, as one well-respected reporter on the call noted, were “crap” considering numerous boys and men’s tournaments have gone on. Edmonton, Alta., was the site of the 2021 IIHF World Junior Championship. Texas is set to host the U18 tournament next week and Latvia will host the men’s world championship in May.

“At the end of the day, we have to be sure that emotion doesn’t drive a plan, quite honestly, and nor optics, but with that being said, we’re very sensitive to what this might look like. But we’re also more sensitive to your public health, this opponent that we can’t see,” said Hockey Canada CEO Tom Renney.

“At five o’clock this morning, this was a go. At 7:30 (MT) it was not. Some of this is much, much further beyond our control than we would like. What we do is control what we have in front of us, and we have every intention of making sure we follow through with a women’s world championship here in Canada at a point in the near future. And beyond that, who’s to say. But I appreciate your comment on the optics, and it does look like crap.”

What’s next for the 2021 IIHF Women’s World Championship?

The four members of Hockey Canada on the call — Renney, Smith, Kingsbury and Dean McIntosh (vice president, events and properties) — all stressed the importance of and desire to have a women’s world championship in 2021. This year’s tournament has a heightened sense of importance as teams prepare for the 2022 Olympics.

“In the end, we must accept the decision of the government. This does not mean that we will not have a Women’s World Championship in 2021,” IIHF president René Fasel said in a statement. “We owe it to every single player that was looking forward to getting back on the ice after such a difficult year that we do everything possible to ensure this tournament can be moved to new dates and played this year.”

Smith recalled that during the 2021 World Juniors Championship in December and January, Hockey Canada and the IIHF had alternate dates of Aug. 20-30. Those dates were disregarded due to “promising discussions that we had with the Nova Scotia Health Authority.”

The summer is now being revisited as are other locations in Canada to host the event if Halifax is not an option.

Have been told that DFW and the Stars are working on potentially hosting the women’s world championships that were supposed to be in Halifax but cancelled today. Multiple federations have encouraged plan of finding a fit in Texas like u-18 men’s tournament found in frisco/Plano

And there wasn’t a Plan B because….? Every team is already in a bubble and following strict protocol. This is extremely disappointing and a major let down for every single player and staff who has worked so hard to get to this point. But, women’s hockey will be back✌🏼 https://t.co/U1ilx8Zyf6