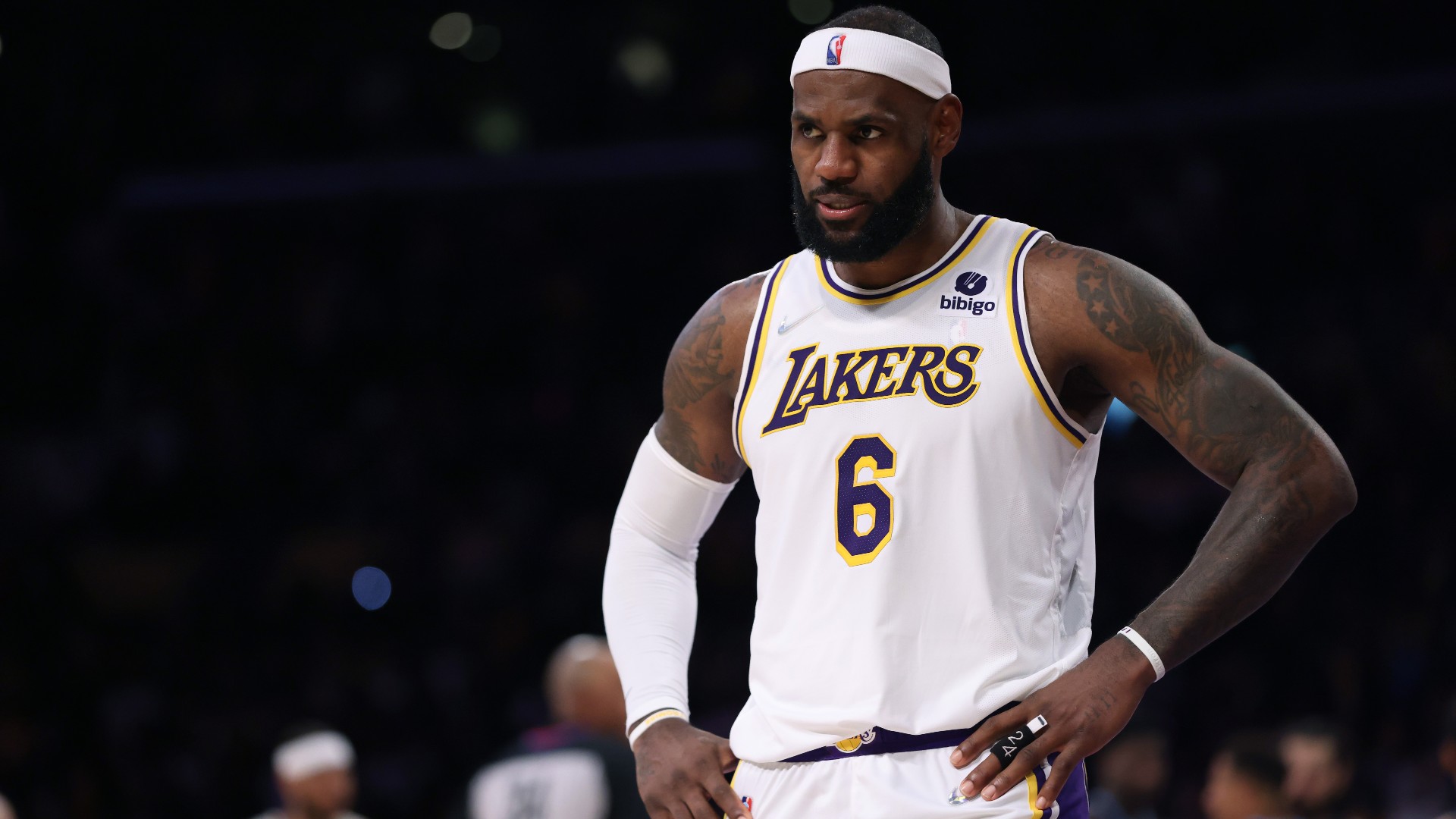 The Lakers will continue to lean on Anthony Davis and Russell Westbrook early in the 2021-22 season as they move forward without the services of their best player.

Los Angeles star LeBron James has missed the last two weeks of action with an abdominal strain. The four-time NBA MVP was sidelined for two of the Lakers’ first eight games of the season before suffering the injury against the Rockets on Nov. 2.

What’s next for James? Here’s everything we know about his injury and the latest news on when he may return to the court.

What is LeBron James’ injury?

The Lakers have listed James as out on recent injury reports with a rectus abdominis strain. That muscle group is “slung between the ribs and the pubic bone at the front of the pelvis,” per BetterHealth.com, and its primary function is to “move the body between the ribcage and the pelvis.”

An abdominal strain can cause sharp pains and result in difficulty stretching the muscle.

MORE: Why Lakers should (and shouldn’t) be worried about James

How long will LeBron James be out?

James is listed as questionable on the Lakers’ official injury report ahead of their Nov. 19 game against the Celtics. ESPN’s Dave McMenamin reported that there is a “50-50” chance James will play in Boston.

The 36-year-old was initially expected to miss two weeks, according to The Athletic’s Shams Charania, who reported on Nov. 4 that the Lakers are taking a cautious approach with his injury.

“If this were the playoffs, could James push to play? Possibly,” Charania said. “But James suffered the injury in Tuesday’s win over the Rockets, and the Lakers want to be careful and manage the injury during the marathon of this NBA season.”

However, Tim DiFrancesco, the Lakers’ former head strength and conditioning coach, told The Athletic’s Bill Oram that even a minor strain can take several weeks to heal.

“Especially the way he plays, it’s tough for me to see him getting back under four weeks,” DiFrancesco said. “Then again, he’s a different dude, so I wouldn’t put anything past him. … These are such delicate injuries that can respond to rest with pain relief quickly, but they are highly susceptible to re-injury if returned too quickly.”